Difference between revisions of "Estebán Santander"

Estebán James Santander MP (born 14 March 1970) is a Carlosian politician, businessman and Navy veteran. He has been a Member of Parliament for Haxton constituency since 2006 and has served as Minister for Internal Affairs since 2011. Outside of politics, he is Managing Director, majority shareholder and benefactor of Conquistador Security Consulting.

Santander was born and raised in Ebon to a military family. After dropping out from his final year in secondary school, he joined the Carlosian Navy at the beginning of the Bourgougian Blitz, and served on the guided missile cruiser CN Marshal. After the ship was torpedoed and sank by Bourgougian submarines, he was rescued and taken prisoner in Subercaseaux. When Carlosian forces stormed the city, Santander led a successful prisoner revolt and returned to active service. After retiring in 1999 with the rank of Petty Officer, he co-founded the private security company Ebon Security Consulting. Santander joined the Conservative Party in 2000 and made his entry into politics when he won a seat on Ebon Corporation. He successfully contested a parliamentary seat in Haxton constituency in the 2005 general election. After taking a lead role in the Blue Revolution of 2010, Santander defected to the National Salvation party. He was appointed Minister for Internal Affairs by President Cárlos Tobón in 2011. In 2014 Ebon Security Consulting and Aspida; another private security company, merged to form Conquistador Security Consulting, the largest private military company in all of Musgorocia.

Santander has faced extensive criticism both inside and outside Carloso since entering national politics due to the conduct of Conquistador and his own political views. As Minister for Internal Affairs, he abolished citizenship by naturalisation and delegated many of the position's responsibilities to junior ministers within the Department of Internal Affairs. He also moved the premises of the Department to Ebon. Despite calls internationally and domestically for him to do so, Santander has refused to divest himself from Conquistador's operations. As a result, he has been sanctioned by many governments around the world and is often listed as a threat to international security. Santander has rejected allegations that he ordered the deployment of Conquistador Security Solutions to South Oceanica to suppress political violence after the election of Stanley Bowden as President.

Due to his success in the private security industry, Santander is one of the wealthiest individuals in Carloso, with an estimated net worth of D£4.7 billion ($10.2 billion) as of 2019. He is regarded as a staunch social conservative and nationalist, and has publicly denounced globalisation, secularisation, immigration, abortion and the normalisation of homosexuality internationally. While he has expressed his support for distributism, he is considered to align with the more economically liberal wing of National Salvation. Santander has been considered as a likely candidate to succeed Cárlos Tobón as leader of National Salvation and as President of Carloso.

Estebán James Santander was born on 14 March 1970 at Ebon Metropolitan University Hospital – Bon Secours to Elías and Magaret Santander (née Armstrong). His father was a seventh-generation Carlosian, with mostly Spanish and Portuguese ancestry. Santander's mother came from a long line of English blacksmiths who migrated into the Ebon area during the early seventeenth century. Elías served in the Carlosian Army during the Emergency War (1946–1951), taking part in the Battle of Madrigal and later Exercise Revelation. He was injured by enemy shrapnel during the Battle of Conduit 419 and transferred to a military hospital in Secano where he spent the remainder of the war. Elías met his future wife Magaret here while she was serving as a nurse. Eight years later, they were married at the Church of Our Lady of the Immaculate Conception in Haxton, Ebon on 18 July 1959. After the births of Diego and Rebeca, Estebán was born into the family as the couple's third child. Not long after Estebán's birth, Elías was called up for service with the National Intelligence Office (NIC) so he saw little of his father during his childhood. After his father was injured by an explosion in an operation targeting a Bourgougian nuclear research facility, the family was taken into protective custody by the NIC and were moved around Carloso to evade Bourgougian retaliation.

Despite his tumultuous childhood, Estebán quickly proved to be a charismatic and intelligent student, with an exceptional talent for sport. He attended many primary schools across the country, never spending more than a year at each one. Reflecting on this in later years, Estebán described the experience of having to move so frequently as "mentally and physically draining", remarking on how it was "difficult to abandon so many friends and never meet them again". It wouldn't be until his father's retirement in 1987 that Estebán would get the chance to attend a secondary school permanently. However, within days of Elías returning, war had broken out again between Carloso and Bourgougia when the latter organised the assassination of Liam Moran and attacked and took over the defenceless exclave of Victory. No sooner had the family returned to their homestead in Haxton, Ebon, Estebán began to express his intentions to leave school, join the Carlosian Navy and fight against the Bourgougians. Though initially reluctant, Elías eventually gave his blessing and Estebán was left to join the Naval College in Secano. Estebán later explained his reasoning for joining the Navy, saying that he felt it was his "duty" to follow the footsteps of his father in pursuing a military career and "avenge" his family for what the Bourgougians had put them through.

Santander was immediately enrolled in Port Berdeal Naval College after arriving in Secano. Following ten weeks of basic training aboard the CN Preceptor, he graduated as an Ordinary Seaman and was assigned to the nuclear-powered guided-missile cruiser CN Marshal. Due to a shortage of readily available naval personnel, Estebán was forced to postpone his plans to train as a Warfare Specialist until the conclusion of the war. He graduated from Port Berdeal on 25 April 1987 in a ceremony attended by then-President Reyers de Osana and Santander's parents.

On 2 May 1987 the ship left Secano as part of Battlegroup Armageddon.

Sinking of the CN Marshal 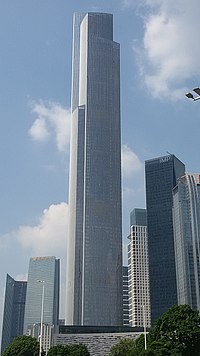 Santander is against abortion and supports the present regulations on contraception.

Santander is against same-sex marriage.

Santander is a Catholic.