Harmony in Ultraviolet (Xiaodongese: 紫外线中的和谐; tr. Zǐwàixiàn zhōng de héxié) is a 2020 Jindanese adventure drama film directed, written and co-produced by director Tian De. The film is based on the 1927 novel of the same name by Estmerish author Helen Dupree, telling the story of a young girl shunned from her traditional and troublesome family in rural Xiaodong. The girl joins a spiritual creed of warriors and becomes increasingly connected to the nature that surrounds her. The film stars Lei Cuifen, Mo Yanlin and Zhu Biya and features an award-winning soundtrack curated and produced by Narozalic artists Danylo Naumenko and Lilia Tymchenko.

Harmony in Ultraviolet was released on March 13 in Jindao, and March 16 elsewhere. The film received praise from critics for its depictions of rural lifestyle and its natural immersion. Director Tian De won the Best Director award at the 2020 Metropolitan Film Gala, and the film itself won the Best Independent Film award. Lead actress Lei Cuifen won the Best Young Actress award at the 2020 Yanglin Festival. On October 30, it was awarded the béco aùreo award at the 81st Montecara Film Festival.

The film opens in Zawaizhan, a small and remote farming village in Xiangchan, a remote province in central Xiaodong. A young girl, named Wu, suffers from a toxic and troublesome relationship with her traditionalist father. When Wu refuses to marry a man chosen by her father in an arranged marriage, she deserts the family and runs away with short supply of food and water. After some two days in the wilderness, she discovers a small camp of individuals all wearing similar strange clothing. She gets to know these people, who eventually reveal to her that they are a creed of warriors seeking to protect the natural land from exploitation by businesses and industries.

Wu travels with the creed, who teach her a manner of different things about the nature that surrounds her. Having previously neglected the world that engulfs her, Wu experiences a spiritual awakening that allows her to feel at home within the wilderness around her. Over the course of a year, Wu grows into one of the creed's best young warriors as she travels to a manner of different places and natural biomes with the group.

Whilst camped in a remote forest miles from any town or village, the creed suffers a fatal disaster when torrential downpour washes away the plurality of their camp and supplies. Wu and some ten other members of the creed make it out of the forest alive, but most of its member become lost or died in the initial floods from the nearby river, including its leader, who is only referred to as Nature's Gift. With the creed essentially lost and its cause mostly defunct with the loss of its enigmatic leader, most of the members split and decide to go their own ways.

With the creed split and Wu alone, she finds herself unable to properly survive in the barren plains she finds herself in. She eventually embarks on a journey to the nearby city of Majing, where she stays for a few months before deciding to return to her hometown of Zawaizhan. Now around three years older, Wu returns to her hometown after a month-long journey to find her family dead, withered away, in the same positions that she left them when she first ran away from the village. Having succumbed to a local famine, Wu contemplates her decision to leave her family behind for her own benefit. As she slowly treads what is left of the small farming town, the film gradually fades to black.

When the film premiered at the 2020 Metropolitan Film Gala, critics praised it for its emotional storytelling, memorable conclusion and immersive screenplay. Tian De was personally commended on his direction of the film, and Naumenko and Tymchenko received praised from music critics for their curated soundtrack. The film grossed just under €92 million for its box office, over five times its initial budget of €18 million. 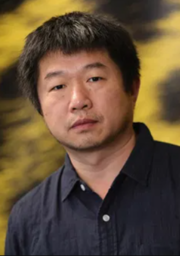 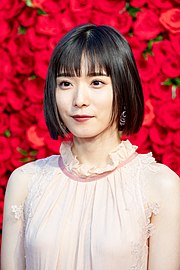 The film's soundtrack was created and composed by Narozalic ambient musicians Danylo Naumenko and Lilia Tymchenko. Tian stated in a 2020 interview that "The entire film was shot, in my head, to this grimy, negative ambient soundtrack. It captures that atmosphere and mood of the film incredibly."

Naumenko and Tymchenko were nominated collectively for the Best Original Soundtrack at the Inoka Film Festival, and Best Soundtrack at the Samistopol Film Festival and Mambésa Cinématique. The soundtrack was released individual as Harmony in Ultraviolet: Original Film Soundtrack on April 29 under Naumenko's own label Seafall Rtd. It has since received critical acclaim.

Narozalic music journalist outlet Barabany commended the soundtrack, calling it a "great assortment of domestically-curated ambience", rating it an 8/10 and mentioning it in its Albums You Need to Know of May 2020.

Retrieved from "https://iiwiki.us/mediawiki/index.php?title=Harmony_in_Ultraviolet_(film)&oldid=270119"
Categories:
Hidden category:
This page was last edited on 30 October 2020, at 16:47.
Privacy policy
About IIWiki
Disclaimers