Difference between revisions of "Main Page" 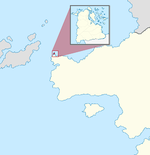 Jindao, officially the Jindao Autonomous Administrative Territory of the Auspicious Republic of Xiaodong, also historically known as Kintao or Kintou in Senria, is a special administrative region situated in western Xiaodong, whom it shares its sole land border with. With 6,541,201 people and an area of 1,125.6 km², around 60% of which is water, it is one of the most densely populated regions in Kylaris. The city of Shilou, within the Jindao metropolitan area, is the most densely populated city in Kylaris, with a population of 2,541,205 and an area of 63.83km² (including the Tanpe, Tangqiu, Satratown and Weikan districts), the city has a population density of 39,812 people per square kilometre. The city-state of Jindao was an independent kingdom for much of its history, with little instability ever rocking the nation and the port of Jindao being a hub for trade in the southern Coius region. A bustling city in western Xiaodong, Jindao is a major resort city with one of the highest tourists-per-capita of any city in Coius. The Jade Square in central Jindao is renowned for its wide assortment of cultures, cuisines and activities, with entertainment such as theatres, casinos and restaurants adorning much of the square. It is one of the highest recipients of tourism revenue and tourism accounts for most of country's economy. Jindao has high rates of urbanisation centred around the main Jindao city, with one of the highest Human Development Indexes in Kylaris, standing at 0.936. The Jindanese government is working on increasing residential capacity on the outlying islands as well as reclaiming land from the sea to use as residential suburbs and estates. (See more...)
Suggest a Featured Article • See previous Featured Articles

In the News of the Future