Ajax is a focused roleplaying and worldbuilding region that incorporates both mediums into how nations interact and engage with one another. Members focus on a variety of aspects, including culture, individuals, politics, religion, and other lore, to build a living, active world.

Since the time of the Triple Monarchy (18th and 19th centuries), Drevstran has been divided both on religious and national lines. Famously, Vilvo Orbraggar, founder of the first Republic of Drevstran, proclaimed the united country to be a "Bi-national secular republic" in reference to the Lushyods and Ludz people. Since then, other nationalities have been officially recognized in Drevstran although the law differentiate between diasporas and national minorities. The latter are allowed to be represented by state-recognized associations known as Kisbergi önkormanitat or Minority collectivities. These associations can manage public theaters, libraries, scientific and cultural institutions, and offer legal counsels alongside other services. All in the purpose of protecting and keeping alive their minority' traditions and customs. (See more...)

Pulacan, officially the Union State of Pulacan (Setswana: ꦏꦒꦺꦴꦭꦄꦒꦄꦤꦺꦴ ꦪꦄ ꦭꦼꦥꦲꦄꦠꦱꦲꦼ ꦗꦮꦄ ꦧꦺꦴꦥꦸꦭꦄꦕꦄꦤ, Kgolagano ya Lefatshe jwa Bopulacan, Nahuatl: 𐐜𐐱𐐿𐐱𐑄𐐫𐐻𐐬𐐿𐐱𐐷𐐲𐑄 𐐑𐐳𐑊𐐱𐐿𐐱𐑌, Tlacatlahtohcayotl Pulacan), is a sovereign country in eastern Malaio. It straddles the continent between the Vespanian Ocean on its south and the Ozeros Sea on its north, and borders Zanzali in the east and Pulau Keramat in the northeast. The current population of 46,442,816 people is spread across 749,856 square kilometers, making the nation one of the most population-dense on the continent at just over 61 people per square kilometer. The arid plains in the south of the nation are divided from the fertile forests and coastal savannahs of the north by a large section of mountains and the Djebe highlands that dominate the country. For centuries, political power has been concentrated in these highlands, lording over the two coasts. The distribution of ethnic groups in Pulacan is heavily influenced by this geography; Nahuatl peoples, the former elites in Zacapine colonial times, reside mainly on the southern coasts, while large populations of Wampar and other related groups dominate the north. Tswana and mixed Tswana-Nahuatl peoples are by far the most populous groups in the nation, with populations spread throughout, but mostly concentrated in the center of Pulacan. Small populations of mostly-nomadic xKhasi peoples exist in protected areas in the hinterlands of the country. (See more...)
Image spotlight 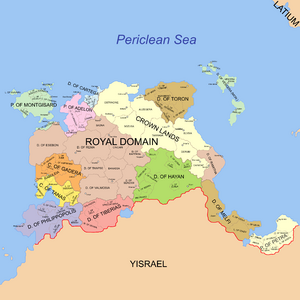 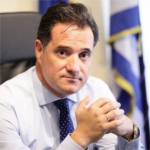