Beoin (sometimes known as Theoin) is a monotheistic religion based around the teachings of either Beo (Theo), Anidena Magi (Transliterated as The First Apprentice or commonly Translated as Prophet). Although originally led by the Magi, an unbroken line of apprentices of Beo, the religion has since diversified greatly leading to various sects of the religion forming due to both political and religious reasons. There is no true center of the religion, however, some sects do focus on a strict hierarchy. Several sects still follow a Magi as their religious leader while others have decentralized the faith. As such the Beoin faith must be seen not as a religious movement but as a collection of movements based on the teachings of Beo.

The teachings of Beo focus on leading a virtuous and harmonious life with God, life on earth is filled with hardship and pain to test your soul and prepare you for the afterlife. Living a pious and righteous life ensures access to immortality in the afterlife, whereas sin leads to hardship and reincarnation on the mortal plane.

The religion emphasizes the role and importance of community within society placing the church at the center of that world. As such Churches both historically and into the modern era have provided many services to their communities including funeral services, weddings, celebrations, and festivals.

Fundamentalist interpretations of the Religion have occurred both in the past and present, as well as evangelical movements

The Beoin faith originated in Northern Meridiq in modern day Tamazgha. The religion traces its roots to Beo a preacher who lived around 150 BCE. Beo is said to have had a connection with God and was tasked with teaching and spreading his message. Beo's teachings proved extremely popular earning a large following and the title Anidena Magi. Beo sucumbed to disease some time before the turn if the century. Before his death he named his four closest students Magi and tasked them with spreading the word of God.

The four students known collectively as the Four Apprentices lead the conversion of Northern Meridiq. Three of the four Magi are considered to have an unbroken line of succesors, while the fourth is said to have disappeared leading to several clamants throughout history.

Roughly a century and a half later after Beo's death the codification of the religion took place at the Council of Beomas in 52 CE which established the offical core texts of Beoin: the Diash, the Zefeni, and the Silit'ena. However, major disagreements emerged between the religious figures preventing the formation of a unified church.

Efforts to mend the divide led to the Second Concave, with the three remaining decendants of the Four Magi meeting in 64 CE. The Concave sought to remove discrepancies in teachings that had emerged from each of the Four Magi's teachings. The major concern was on the nature of Beo, specifically the question of how many Anidena Magi existed, and the nature of Beo's connection with divinity.

Two of the Magi reached the agreement that there were in fact two Anidena Magi Beo and Theo, and that their essence was wholy seperate from the divine. The third Magi, however, rejected this position claiming instead that their was but one Anidena Magi who was spiritually charged by God. The conclave lasted for two years with both sides emerging in 66 CE denouncing the other and leading to the formation of the Hephsati (True) Sect and the Verro (Singular) Sect.

The religion spread North to Lira starting in around 100 CE where Verroist teachings proved more adaptable. By 300 CE the Verroist Magi had been expelled from Meridiq settling in Lira. 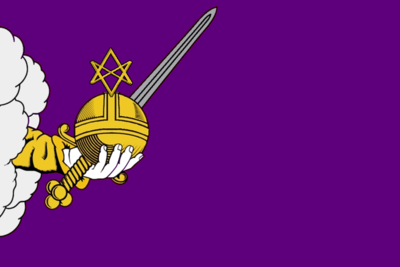 Faith based symbols find their way even into government flags. Pictured is the flag of the Grand Principality of Avondale in Ackesia.

Many of the religious lines that divide the faith are based upon the ceremonies and religious practices and as such vary from sect to sect quite heavily. The key points of worship in the Beoin faith is the cycle of life following Birth, Adulthood, Marriage, Conception, and Death. The main focus is on the Teachings of Beo which are collected in the Diash (Lorian:Dayis). Prayer and Hymns are also considered important and collected in the Zefeni (Lorian:Book of Songs). Some Faith's have additional Books incorporating the advice of the Magi. Most however do include the Silit'ena (Lorian:Book of Apprentices) including the words of his Four Apprentices (or the Four Magi).

The use of Ash and Fire in these ceremonies, such as marking a pregnant women's belly with a symbol for fertility, or the burning of the bachelor band is central to the faith and the followings of the prophet. Most places of worship have a central pyre incorporated into the building. Where ash is collected for ceremonies. Cremation is mandatory for the faith as it is seen as releasing the body to the Earth and allowing the soul to reach heaven. As such death by drowning is seen as one of the greatest humiliations. 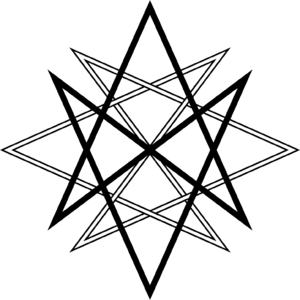 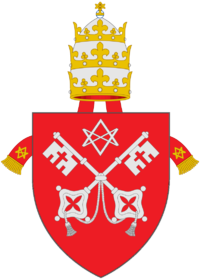 The COA of the Verro Magi

The Verro sect is led by a Magi. A strict hierarchy is in place with a large institutional framework built into the nation. The location of the Magi is decided upon election however they usually reside in Pathnopia. Worships Beo.

The arrival of Beoin in Lunderfrau was met with stiff resistance due to the emphasis on Beo being preached. Although the local conversion was limited at first, a minor noble named Arda converted and began studying the teachings of Beo. In her research, she discovered the Hephsat compromise and the claim that Beo was in fact actually a woman named Theo. Arda and her followers began spreading the message of Theo in Lira helping the missionary movement in Lunderfrau continue. Arda's followers became known as Ardalites and for the majority of Liran history have been considered a Heresy outside of the Lunderfraun Empire. 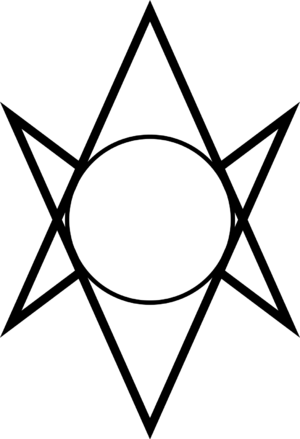 The Recantist Hesact simplified design is unique for replacing the inner knots with a circle.

Recantism is a Beoin faith that arose in Lira during the mid-16th century. It stemmed from the translation of original Beoin Texts brought from Northern Meridiq into various vernaculars. Many who read such texts became disenchanted with what they saw as a perversion of Beo's teaching in the major sects and a necessity to return to his early teaching.

This included the decentralizing of faith, the study of his lessons in local vernacular, the removal of large parts of the liturgy created after Beo's death, and the rejection of the authority of a Magi. The teachings allowed for interpretations of both Theo and Beo allowing for a mending of the various Schisms, and drawing adherents from all sects. Recantism rejects the term "Saint" and "Magi" in favor of "Apprentice" or "Martyr" depending on the person's life, as well as referring to Beo as "The First Apprentice" instead of "Prophet".

Recantism was quickly declared a heresy by all major sects but it was able to gain footholds in various places. Including Modern Day Winst who celebrate Martyr Lucas as their spiritual guide.

The name stems from Martyr Tomas a Beoin Scholar who was drowned as a heretic. As he was lowered into the water he was asked one final time to recant his beliefs. Martyr Lucas is said to have responded:

"I have already recanted for I follow HIS purest teachings given to us by Beo, to recant any further is to leave HIS teachings behind."

Believe that a more strict interpretation of Theo is necessary and that the majority of Beoinists have strayed from the path given to them by Theo. Many believe in immolation as a way to clear sins. Worships Theo. 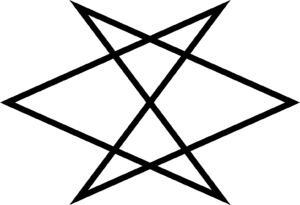 The Hephsat is the traditional symbol for the Hephsat Sect. It is said to promote the dual elements of Beoin.

One of the oldest Beoinist faiths, the Hephsati believe that Beo & Theo were in fact twins and the duality serves as a central motif of the religion seeing two as an extremely important religious basis. Worships both Theo and Beo

The Annic Church, or the Church of the Lady Saint Annais, is a Beoin sect that originated in the early 1600s in Meronnia. Formed as a breakaway from the Verroist Church, the sect denies the legitimacy of heirs to the Magi, and is most notable for its principle of Monastic Supremacy by which monastic orders of nuns and religious sisters have assumed administrative control of the Church.