The International Trade Organization (ITO) is an intergovernmental organization which promotes and regulates international trade. Its primary goal is the multilateral reduction of barriers to trade, especially in the form of quotas and tariffs, and the establishment of uniform rules designed to make global trade free and fair. The ITO officially commenced on 1 January 1995 under the Jindao Agreement signed on 15 April 1994, replacing the World Agreement for Trade (WAT), which commenced in 1938. 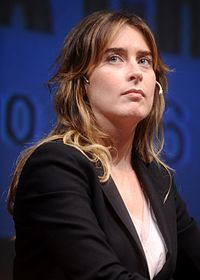 The ITO takes major decisions at its International Trade Conference held every two years and due next in 2021, at which national ministers of finance meet to determine what actions should be taken to further encourage the development of trade. Day-to-day governance is the responsibility of the Director of the ITO, currently Montecaran politician Domenica Giordàn (since 1 January 2020), and a secretariat consisting of approximately 650 staff members.

Membership in the ITO is open to any country or territory that controls its own customs territory. This includes all sovereign states as well as autonomous and external territories that maintain their own customs controls and tariff schedules, as well as supranational organizations that include a customs union, namely the Asterian Forum for Development and Cooperation (AFDC), Euclean Community (EC), and Samorspi. All AFDC, EC, and Samorspi members, in fact, are dually represented by both their national governments and by the organizations as a whole. Presently, every sovereign nation in the world is a full member of the organization, as is the non-sovereign territory of Jindao.

Under ITO rules, member states must in general extend most favored nation status to all other member states. Nations must not assign quotas or tariffs preferentially to some states and not others, and must not discriminate in the international trade of goods, services, or intellectual property. In theory, this means that all nations must regard each other as equals in international trade due to the universal nature of ITO membership. In practice, the ITO does allow exceptions to this principle in certain circumstances. These include certain limited protectionist measures by developing nations, economic sanctions, favorable terms of trade for autonomous territories, and others.

Another pillar of the ITO's non-discrimination regime is that member states may not regard domestically produced goods in preference to imported ones post-importation. This means that member states are forbidden from using regulations, including those designed to protect health and safety, in bad faith as de-facto barriers to trade. Member states are nevertheless allowed to enact bona fide regulations that are intended to protect human, plant, and animal health and safety, as well as the environment in general. Member states are also forbidden from engaging in or allowing anti-competitive practices such as dumping and excessively subsidizing exports. The ITO can, pursuant to an investigation, impose countervailing duties to remedy such situations.

The Jindao Agreement also includes provisions that commit states to pursuing full employment, respecting labor rights, and cooperating with the Commission for Labour Standards of the Community of Nations. States must also respect international laws and regulations regarding the protection of the environment. Additionally, states are required to share trade, demographic, and employment data with the ITO, which in turn has the duty to disseminate it with the rest of the membership.

The ITO has the authority to adjudicate trade disputes among its member states. Upon the submission of a complaint by a member state that another member state has violated ITO rules, a case will be brought before the Board of Arbitration for a hearing. The Board consists of twenty-five members at any given time who are chosen by the membership of the ITO for their expertise in international trade law and who are bound to render impartial decisions. Cases heard by chambers consisting of between five and nine members, with appeals going before the full Board. The Board does not attempt to punish or make restitution for violations of ITO rules but simply instructs states found to be in the wrong to correct their policies in due time.

Retrieved from "https://iiwiki.us/mediawiki/index.php?title=International_Trade_Organization&oldid=404967"
Category:
Hidden category:
This page was last edited on 24 September 2021, at 23:01.
Privacy policy
About IIWiki
Disclaimers