Jean Frédéric Victor Vallette (born 13 January 1936) is a Gaullican politician who served as President of Gaullica from the 6 September 2008 to the 6 of September 2020. He had previously served numerous positions, including as minister of defence, mayor of Verlois and as the Premier during the presidency of Lévesque.

Born in the city of Clement Grenoble, in the allied occupation zone of south-eastern Gaullica, Vallette would go on to study history and philosophy at the University of Verlois. He enlisted in Gaullica's restricted military upon graduating university at the age of twenty-two and upon completing six years of service became a civil servant in the department of defence and eventually head of the civil service union.

Vallette's political career began by being elected to the state government of Verlois and then becoming a Senator Representative for the state in Gaullica's Second Chamber of the Senate. His strong presence and personality there would bring him to the attention of Anne Heaux, who appointed him as minister of defence in her coalition government. A falling out, however, would result in his resignation just after a year. Vallette would go on to lead the Social Democratic Party into a victory in the senate election of 1990, which he successfully achieved and would serve as Premier until 1994, and then again from 1998 - 2002. As perhaps the most popular politician in Gaullica by the turn of the new millennium, Vallette used his experience to campaign for the position of mayor of Verlois. In 2008, following the ramifications of the Global Financial Crisis, Vallette was elected to the presidency as the first Social Democrat since 1984. He won re-election in 2014 and was succeeded by his party's presidential nominee, Monique Degar-Abdulrashid, in 2020.

Vallette was born in the city of Clement-Grenoble, the administrative centre of the Grand Alliance mandated occupation zone that controlled much of south-eastern Gaullica following the Great War. His father, Dominique Vallette (1905 - 1977), was a Catholic priest and representative of the region's miners union. His mother Cécilia Vallette née Lémery (1908 - 2000) was a school teacher and representative of the regional teacher's union. Both reported directly to the occupation authorities, generally relaying the concerns of their union members to them. Dominique additionally served as an informal liaison between the alliance's custodians of the city and the general public. Of his parents, Vallette said that they "obviously instilled in me my values and my beliefs."

Vallette was educated at the School Sainte-Isaure, where his mother taught. He captained the schools' football team, as a striker, and was also in their shooting club. After achieving his baccalauréat at 16, he worked at a local grocers' for two years before enrolling at the University of Verlois. 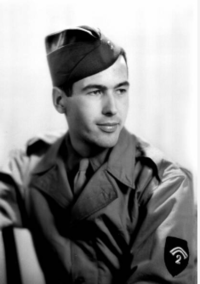 Vallete would attend the University of Verlois at age 18, from 1954-1957, where he graduated with a joint-honours in History and Philosophy. At university he met his future wife Évelyne Lacan, who he would marry after her own graduation in 1960. Following his marriage, Vallette enlisted as a volunteer in the relatively well-paying Gaullican armed forces, specifically as an officer in the armoured corps. Gaullica's army still had restrictions placed upon it as per the Treaty of Warminster, and thus Vallette found himself commanding one of only six armoured corps that the country was permitted to have. Vallette left the army in 1965 following a redrawing of the defence budget, coinciding with Estmere and Werania's laxer approach to the restrictions they enforced as per Warminster. In an issue related to his leaving of the military, Vallette was accused of having pro-communist sympathies after being reportedly seen by military police 'conversing with known Kirenian agents.'

Following his service, Vallette signed up to a civil service course at the École nationale d'administration. Because of his aforementioned accusations, Vallette found himself, as he said, "thoroughly inquisitioned by DENAT." After their questioning of him, Vallette was permitted to continue his civil service training. Vallette, as a former soldier, was enrolled into the department of defence. He worked there for six years, at a time of tense negotiations between Gaullica's government and the government of the victorious Grand Alliance about reevaluating the few remaining restrictions on the Republic's military.

In 1971, Vallette, in addition to his civil service job, had risen in the ranks of the Civil and Public Servants Union to become one of its lower-ranking representatives, but gained attention when in 1973 he was elected to become its general secretary. His position as general secretary caused immense strife with the working government of Clélie Gérin-Lajoie. Gérin-Lajoie had led the pan-conservative 'Truth and Justice for a New Democracy' to its first electoral victory, securing the presidency and a coalition government in the first chamber of the senate. An avowed unionist, Vallette challenged the new president's proposed reformation of the powers of unions -- which had been enshrined into the republic's constitution by Kirenian voices at Warminster.

As part of her electoral manifesto, Clélie Gérin-Lajoie had promised to remove "the spectre of communism over our nation's industry", arguing that the power of the unions had "brought the economy to a standstill". She claimed that efficiency had never reached pre-war levels and that the unions were "ensuring their leaders were lining their pockets." Vallette, as the leader of the large Civil and Public Servants Union, challenged her directly. He called her accusations "fabrications that do nothing but damage the respect of our Republic's constitution and formation." Her return to the presidency in the hotly contested 1978 Gaullican Presidential Election, it was taken as a mandate to continue her reformation of the unions in Gaullica, which included: making solidarity action illegal, requiring unions to vote on going on strike by a 2/3rds majority and capping their membership, it was Vallette who brought about a complete halting of the functioning of government by having the civil service go on strike. The President called his actions as proof of her point, so Vallette called on the members of the Civil and Public Servants Union to vote on whether or not they should strike. Of the roughly three-hundred and fifty thousand votes cast, 91% came in favour of continuing the strikes. Following this act of defiance, many of the other unions which had been hesitant in directly contesting a popular president became defiant.

Jean Vallette and Clélie Gérin-Lajoie at a press conference following their successful negotiation. Vallette's 'defeat of the government' in 1979 became a highly publicised affair.

During this hotly contested period, allegations were thrown by the government and several sections of the media that Vallette and the fellow leaders of the Civil and Public Servants Union were members of Gaullica's Section of the Workers International. Elements of the public called them 'Kirenian Agents'. However, their popularity in the eyes of the public shifted due to two factors: firstly, the sheer number of unions participating in strikes against the reform seemed to touch every aspect of Gaullican society. A popular headline at the time from Le Monde was: "So, which member of your family is on strike?". Secondly, a leaked dossier from the government seemed to reveal that the administration of Gérin-Lajoie had intended to weaken the union in attempts to privatise certain sectors of the Gaullican economy: namely energy production and rail. Whilst privatisation was not entirely unpopular amongst the Gaullican public, the idea that the unions were being attacked for 'private capital' infuriated much of the public.

Following these revelations, the government was forced to negotiate a settlement with the striking unions. The unions, meanwhile, saw the chance of forcing a settlement -- predominantly to maintain the status quo, but many had come to accept the caveat of requiring a voting majority to strike -- as a key victory over the government. The leadership of Vallette during this time catapulted him into the public eye and he became an increasingly common household name throughout Gaullica.

In 1984, following the electoral successes of the Social Democrats under Olivier D'Issonaire, Vallette was appointed to serve as one of the representative sof the state government of Verloia in the Second Chamber of the Gaullican Senate.

As one of the "Senator Representatives" or "State Senators", Vallette's became a defender of constitutional concerns relating to the unions and workers, as well as a self-described "safeguard" of Verlois' privileges as a state. These arose primarily out of the concerns of Solarian Federalism, the increasing centralisation of powers as seen in both post-war Gaullica and Etruria.

Vallette was one of the representatives who made the case for the amendments to Gaullica's constitution that withheld its military capabilities. He famously argued that, during a vote on the constitutional change, "Gaullica had a moral responsibility" to have an "ethical military presence".

Following Anne Heaux's electoral victory in 1990, her cabinet was composed of a coalition of both Social Democratic and Catholic Labour Union ministers. As part of the coalition pact between the two parties, Heaux appointed Vallette as Minister of Defence. This position was demanded by the Social Democrats on the basis of Vallette's "close relationship" with members of the military, his own personal service, and his involvement in the constitutional amendments relating to the military.

Retrieved from "https://iiwiki.us/mediawiki/index.php?title=Jean_Vallette&oldid=256199"
Categories:
Hidden categories:
This page was last edited on 1 October 2020, at 14:29.
Privacy policy
About IIWiki
Disclaimers