This page has been marked for deletion by user.
The reason given is:
If you disagree with its deletion, please explain why on its talk page or the Discord server.
Last edit by: Krugmar (talk · contrib) · Last edited on Mon, 24 Aug 2020 10:20:48 +0000

The Kingdom of Buckland (Buckish: Buccalond Ríce; Flurian: Rouoyaume buqeterre) was a sovereign state in northwest Euclea founded in 1195. Its territories expanded and shrank, but it always shared a land border to the south with Estmere. It suffered many invasions by the Estmerish, but under Leofwine Oswinson it fought a successful war of independence and remained an independent state throughout the late Middle Ages. In 1542, Richard Vernon, Prince of Vernon, became King of Buckland, joining Buckland under Estmere in a personal union. In 17xx, King y failed to pass an Act of Union which would have merged Buckland with the newly made Kingdom of Estmere, and further union was not pursued again. Following the Great War, the monarchy was deposed and Buckland declared full independence from Estmere.

The Crown was the most important element of government. The Bucklander monarchy in the Middle Ages was a largely itinerant institution, before Dunhelm emerged as the capital city in the second half of the 14th century. The Crown remained at the centre of political life and in the 17th century emerged as a major centre of display and artistic patronage, until it was effectively dissolved with the Bencumb Declaration of 1936. The Crown adopted the conventional offices of eastern Euclean monarchical states of the time and developed a Privy Council and great offices of state, headed after 1545 by the Lord President. The Witanagempt also emerged as a major legal institution, gaining an oversight of taxation and policy, especially after the pattern of absentee monarchs after 1542. The kings of Buckland depended on the great lords —the eorls and ealdormen— for national leadership, especially after 1545, but also upon the landed gentry -the thanes and reeves-, for local control.

Sotirianity was introduced into Buckland from the 6th century. In the Litwinson period the Buckland church underwent a series of changes that led to new monastic orders and organisation. During the mid-16th century, Buckland underwent a Amendist Reformation that created a predominately Amendist national church. There were a series of religious controversies that resulted in divisions and persecutions, and a long on-and-off religious conflict. The Crown developed naval forces at various points in its history, but often relied on privateers and, after 1542, on Estmere. Land forces centred around the large common army, but adopted Euclean innovations from the 16th century; and many Bucklanders throughout the period took service as mercenaries, soldiers and captains for Estmere.

The outbreak of the Anarchy in 1189 saw the local nobility of Buckland support the revolt of Cedric Cynricson, pledging their forces to him. The Black Supper decimated the prominent landholders of Buckland, with Maethelgar Wachefet and Scenwulf Scenwulfsun among the slain. At the Blōdmōt, the nobility supported Cedric's daughter Ealdgyth, though her peace deal with Embria saw infighting break out amongst the Swathish and Bucklanders. Fearing that their revolt had undermined their previous position, representatives from each shire hastily declared Leofwine Oswinson, a minor thane and veteran of the Anarchy, as king of Buckland (Buccalond Cyning). Embrian attempts to quell the revolt were initially successful, defeating Leofwine in the battles of Bencumb and Burm, but their largely Swathish force led by Tancreid, Earl of x, was summarily defeated at the Battle of Dunhelm, with Tancreid taken prisoner. The outbreak of the Count's Revolt saw no further Embrian invasion, with Leofwine taking the initiative to ally with the revolting nobles.

Following the Declaration of Dercylm, Buckland maintained its independence, albeit in near-constant conflict with Estmere. The Bucklander monarchs, through ties to the Swathish people and their claims to the Weald, were also heavily in conflict with the counts of the Weald throughout this period. The deposition of Turec II in 1376 by the Witan saw the last serious Estmerish attempt to reconquer Buckland, the war being ended with the Treaty of Ashcombe and the accession of Goldwine III, a member of the House of Litwinson. They reigned for two centuries, some noted monarchs being Godmund II, Ceolred I and Ēomer II. The period saw changes in trade and legislation, with the cities of Dumnhelm and Merelafan doubling in size and becoming regional centres of commerce. Catholic monasticism flourished, providing philosophers, and the universities of Bencumb and King's Dunhelm were founded with royal patronage.

From 1526 to 1533 a civil war occurred between two branches of the royal family – the senior Cynwulfing and the junior Hunwalding - over the late Asulf's chosen successor. Eventually it led to the Cynwulfing losing the throne entirely to the the Hunwaldings, headed by Saewynn I and her husband Richard Vernon who invaded with Swathish and Flurian mercenaries, gaining victory at the Battle of Hēth where the Cynwulfing king Beric III was captured and deposed.

These numbers would have been largely concentrated in the south and in the midlands, with roughly half living along the river Bencumb. Around ten percent of the population lived in one of many burghs that grew up in the later medieval period, again mainly in the south and midlands. It has been suggested that they would have had a mean population of about 2,000, but many would be much smaller than 1,000 and the largest, Dunhelm, probably had a population of over 20,000 at the beginning of the modern era and by 1750, with its suburbs it had reached 87,000. The only other towns above 10,000 by the end of the period were Merelefan with 32,000, Axanheall with around 16,000 and Bencumb with 12,000. 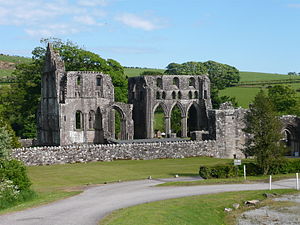 Henloƿ Abbey, one of the many royal foundations of the 12th century

The Old Swathish kingdoms that would form the region of modern-day Buckland were largely converted by Gaullican missions associated with figures such as St Roland, from the 5th to the 7th centuries. These missions tended to found monastic institutions and collegiate churches that served large areas. Partly as a result of these factors, some scholars have identified a distinctive form of Swathish Christianity, in which bishops tended to also serve in a military capacity, attitudes to clerical celibacy were extremely relaxed and there were some significant differences in practice with Solarian Catholicism, particularly the form of clerical dress and the celebration of Easter. Few of these issues had been resolved by the mid-10th century, prompting Papal action. After the gradual conquest of Swathish lands by Verique nobles and the creation of the Kingdom of Estmere, Solarian Catholicism under papal authority was fully re-established.

After independence, the Buckish church underwent a series of reforms and transformations. With royal and lay patronage, a clearer parochial structure based around local churches was developed. Large numbers of new foundations, which followed continental forms of reformed monasticism, began to predominate and the Buckish church established its independence from Estmere, developed a clearer diocesan structure, and Dunhelm gained an Archbishop. Despite problems over the number and quality of clergy after the various plagues and famines of the 14th century, and the emergence of the Clumians, the Church in Buckland remained relatively stable before the 16th century. 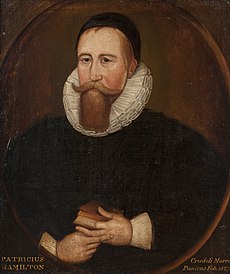 Ċeadwalla Cȳper, one of the key figures in the Buckish Reformation

During the 16th century, Buckland underwent an Amendist Reformation that created a predominately Amendist national church, which initially was strongly anti-episcopal in outlook, severely reducing the powers of bishops, although not abolishing them. The teachings of first Friedrich Bahr and then Johan Kasper began to influence Buckland, particularly through Buckish scholars who had visited Weranian and Hennish universities. The execution of Kasper-influenced Egwine Mendenheall who with other Amendist preachers in 1525 was burnt at the stake in Dunhelm, did nothing to stem the growth of these ideas, but it did strengthen the more moderate reformers led by Ċeadwalla Cȳper. The civil war between 1526 and 1533 saw central authority collapse, which led to the expansion of Amendism with the church unable to combat it, with a group of Amendist nobles declaring themselves the Lords of the Noble League of the True Congregation in 1536. In response a group of Solarian Catholic nobles declared themselves the Holy Alliance to restore the Faithful Congegration in 1538. Despite attempts by the Crown to put an end to it, intermittent violence between the groups occurred until 1581, when Eorl Cynhelm succeeded his father, the powerful and strongly Catholic Eorl Aelred, and converted to Amendism.

Cynhelm, who became Lord President in 1584, would steer the church away from Kasperism, restoring the power of bishops and implementing many of Ċeadwalla's ideas. He gave considerable power within the new church to local thanes, who often had control over the appointment of the clergy, and took measures against any potential iconoclasm. Due to the lack of central policy until the late 16th century, the majority of the population was probably still Catholic in some form or other, but it began a gradual process of conversion and consolidation that, compared with reformations elsewhere, was conducted with relatively little persecution and found little resistance.

Retrieved from "https://iiwiki.us/mediawiki/index.php?title=Kingdom_of_Buckland&oldid=242115"
Categories:
Hidden categories:
This page was last edited on 24 August 2020, at 10:20.
Privacy policy
About IIWiki
Disclaimers