Maximilian I of Mascylla (Hesurian: Maximilian I., full name: Maximilian Wilhelm Karl Eduard; 12 December 1909 – 8 April 2001) was King of Mascylla for fifty-four years from 1924 until his abdication in 1978. Known informally as "Max", he was the only surviving son King Lukas II after the Continental War and was raised in his family's tradition of military service, though he was too young to serve the army properly like his two brothers, Crown Prince Joseph and Prince Albert, did. Although celebrated as a young man for his leadership and determination, he nevertheless professed a hatred towards warfare and was praised by friends and enemies alike for his humane nature.

Following the death of his father on 27 May 1923 at the hands of revolutionaries in the Mascyllary Revolution, he was kidnapped, put under house arrest and brought under the supervision of the newly established SDP-Centre government, who admired his liberal consciousness. However, he was used as a way of negotiating an alliance with the loyal Mascyllary Supreme Command of the military, who, the SDP hoped, would provide forces such as the Freiheitskorps to end the state of war in exchange for a new monarchy with Maximilian as its figurehead. Following the formation of the Crowned Republic of Mascylla in 1924, he was given the right to obtain the throne that passed to Maximilian, on the conditions that he would hold not the same political privileges and power as his predecessors before wielded. Upon his coronation on 5 March 1924 in Königsreh, with nine years of age, he was the youngest monarch Mascylla had ever seen; his regent from 1924 to 1931 was Prime Minister Peter Zeschtemann on an agreement with Maximilian himself.

Maximilian married Sophia, Princess of Lavaria, eldest daughter of X. The couple were well-matched; their shared liberal ideology led them to seek greater representation for commoners in the government. Maximilian, in spite of his conservative militaristic family background, had developed liberal tendencies as a result of his ties with Lavaria and his studies at the University of Lilienburg. As the second Crown Prince of Lukas II, he often opposed the conservative Prime Minister Erwin Martinsen, particularly in speaking out against Martinsen's policy of uniting Mascylla ideologically through force. Liberals in both Mascylla and Krumlau hoped that as king, Maximilian I would move to liberalize the Mascyllary Kingdom.

Maximilian and Sophia were great admirers of liberal thinkers and writers. They planned to and later ruled as consorts, and reformed what they saw as flaws in the executive branch that Stenreck in 1793 had created for himself. Maximilian described the Imperial Constitution before 1924 as "ingeniously contrived chaos." His later rule saw numerous reforms of the monarchy in relationship with the democratic government and he repeatedly committed himself to promote democracy abroad. On 19 November 1978 Maximilian abdicated due to his worsening health, leaving the throne to his heir and son, Crown Prince Ludwig. He was a newly elected Member of the Erdaran Parliament in 1979. Later he was a strong supporter of the EU as an organization and forum of diplomacy, and in 1981 he was chosen as a representative of Mascylla in the AN Assembly. A noted intellectual, he published several books on historical and political affairs. Maximilian has been described as one of the "architects of the Erdaran idea and of Erdaran integration".

On 8 April 2001, Maximilian I finally died at the age of 91 in Konreid, Mascylla, and three days later his funeral was held in St.Lorenz Cathedral in Königsreh; he was entombed in the Royal Crypt in Königsreh to the presence of his son, Ludwig I, and Prime Minister Konrad Folln. 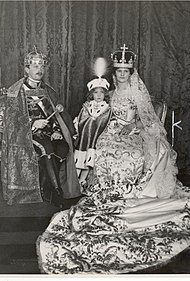 The young crown prince Maximilian with his parents after he is inaugurated as Crown Prince, Königsreh, 1916

Maximilian was born at the Hochkronstein in Königsreh, Mascyllary Kingdom. He was named Albert Friedrich Maximilian Wilhelm Karl Eduard on 15 December 1909 at the Hochkronstein by his father. This name was used to promote the child as Albert Friedrich I when ascending to the throne in the future. In July 1915, Maximilian became Crown Prince of Mascylla when his older brothers, the Crown Prince Joseph and Prince Albert, were killed in action during the Winter Offensive, passing their titles to the only male heir left. Therefore, Maximilian was inaugurated and publicly presented as Crown Prince on 23 May 1916, at the age of six.

Maximilian spoke Hesurian, Juznik, Hytek, Lavish, and Tuskish. In later life, he would write some forty books in Hesurian, Tuskish, and Juznik. His mother made him learn many languages because she believed he one day might rule over many lands and have to talk with many foreign diplomats. 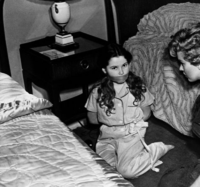 The family were arrested during the Mascyllary Revolution in 1923 and were imprisoned first at their home in the Hochkronstein palace in Königsreh by revolutionaries of the Transitional May Republic Government. His father tried to flee the country into Finstria, hoping to bring his son along with him. When a time frame of flight diminished, he hoped to take a train and settle in the nearby country, only to be violently arrested by socialist militias and publicly executed the following day in Königsreh before thousands of onlookers. Maximilian, who due to his age, didn't fully comprehend the situation and was rather confused at his captivity: "They won't let me father see again, and they don't want me anywhere except my chambers", Maximilian wrote in his personal diary. During early September he caught light measles.

When the Reichswehr approached Königsreh to stabilize political incohesion, the dispatched occupiers quickly abandoned the palace, kidnapping Maximilian as they retreated to Schönbrunn palace at Lake Sigismund to gain time in the light of preparing negotiations. Since the military bestowed loyalty to the monarchy, the transitional government assumed offering an alive heir to the crown as the figurehead of a parliamentary democracy would gain the confidence and support of the military's broad ressources and men to fully retain control over Mascylla's populous; "including the former royalty and bourgeoisie into a new state would make it easier for them to make this new state", as the mindset was described in a letter of Maximilian to a friend. Between October and November 1923, he was used as a bargaining chip and witness to negotiations in Konreid and Mackrau. Maximilian tried to draw comfort from his faith, the huge residence he had limited access to and the extensive gardens to the lake outside.

By the end of November, he was released out of captivity and brought under the protection of the 2nd Imperial Guards Regiment. In the latter stages of the revolution, he lived in the Hochkronstein palace again, being prepared by a tutor from the new government authority to rule under the new restrictions they had imposed on the new monarchy. He attended the private burial of his father in the palace's own chapel on November 10. 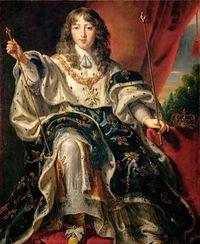 Maximilian as new King on his coronation painting, 1924, by Heinrich Angel

Opposition to nuclear armament and escalation

Retrieved from "https://iiwiki.us/mediawiki/index.php?title=Maximilian_I_of_Mascylla&oldid=181514"
Category:
Hidden categories:
This page was last edited on 26 March 2020, at 22:27.
Privacy policy
About IIWiki
Disclaimers