This page has been marked for deletion by user Native Qazh.
The reason given is:
This page was retconned.
If you disagree with its deletion, please explain why on its talk page or the Discord server.
Last edit by: Native Qazh (talk · contrib) · Last edited on Sat, 18 Jun 2022 16:16:12 +0000

The Nation of Mokhavic, or just Mokhavia (Mokha: Sach'awdugaskalsha) is a Sovereign state geographically located on the continent of Argis on Eurth, and borders Ateenia to the north-west. The Nation has a population of 5.2 million Mokhavians. Moshkal is the capital and the largest city of the country.

Mokhavia is comprised by into 9 federal subjects, 2 cities of importance and the autonomous subjects known as regions (also referred to as provinces), each one representing one of the 6 Mokhavic tribes, and the Kettan people. 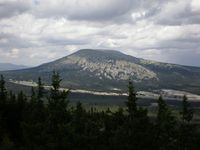 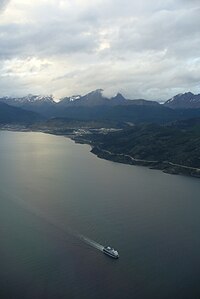 Boat on the Monay sea

Mokhavia is a small country situated partually on the Canamo peninsula and the surrounding land of northern Argis, around the Unduk seas, the country borders Ateenia to the north, --- to the ---, and --- to the ---.. Its territory covers an area of aproximantly 124,500 square kilometres (48,100 sq mi). Mokhavia's geographic coordinates are 69° N 28° W. The most notable topographical features of the country are the western parts of the Ejsej mountains, the Yakrow plains, the Mäjsä peninsula and the Nanay fjords. The Mokhavian Ejsejs are located mainly within the Echin and Kettan Provinces, the highest point being Mt. Chikhchin, pictured below, at 1,640 m, the lowest point of the country is on the Unduk coasts. There are 5 main large rivers with many more smaller ones, on which the ancient mokhavians relied on.

Panorama of a narrow area of the Monay-Omal strait

Boreal forsts and plains cover most of Mokhavia, the Unduk coast is classified as mixed forest, the Mokhavian Pine had been officially recognized as the national flora of Mokhavia.

The fauna of Mokhavia is a mix of boreal and central Argis, like Bears, Deer, Elk, Moose, Reindeer, Mouflons, Beavers, Hares (Snowshoe hares, Canamo hares and even Arctic hares), Hedgehogs, Foxes (Red fox and Arctic fox), Wolves, Wolverines, Badgers, Fishers, Jackdaws, Crows, Eagles, Loons, Owls, Ravens, Storks, Harlequin ducks, Buffleheads, Common and King Eiders, Shovelers, Ruddy and other duck species, other seafowls found in the nation are Red-faced cormorants, Northern gannets, terns, Gulls (Great black-backed gulls, Ross's gulls and Vega gulls are common) and even Ivory gulls appear. A few megafauna species are also found in Mokhavia, like the Unduk (Canamo) Tiger, Bison and Muskox, which were intriduced in some northern regions of the country, the hybrid species Beefalo is also found in many ranches, but due to the ratio of Cattle to Bisen the Beefalo found in Mokhavia resemble Bisen more than Cattle.

Many healthy populations of fish are present, including salmonids such as several species of Salmon, Trout, Char. Besides salmon and trout, sport-fishers in Mokhavia also catch Rainbow trout, and sturgeon. On the coast, Seals and river otters are common. Cetacean species native to the coast include Beluga whales and populations of orca, harbour porpoise and white-sided dolphins all of which concidered endangered within the seas, the original population of white-sided dolphins where released into the Nanay sea by the --- authoritarian government in the 70s.

The main factor influencing Mokhavia's climate is the country's geographical position between the 60th and 70th northern parallels in the Argic continent's coastal zone. In the Köppen climate classification, the whole of Mokhavia lies in the boreal zone, characterized by warm summers and freezing winters. the winters are long and cold, while the summers are relatively warm but short. The most severe winter days in Mokhavia can see the temperature fall down to −45 °C (−49 °F). The winter lasts for about ~200 days with permanent snow cover from about mid-October to early May. Summers in the north are quite short, only two to three months, but can still see maximum daily temperatures above 25 °C (77 °F) during heat waves.

Mokhavia is a 'tribal federal republic' where the Qaxaama is the head of the state and government and the most powerful executive position. The political system has three branches — legislative, executive and judicial, with universal suffrage for citizens at least 18 years old. The Constitution also provides possibilities of direct democracy, namely petitions and national referenda. Elections are supervised by an independent Central Election Commission that includes members from all major political parties. Parties must register with the commission prior to participating in a national election. Normally, the Qaxaama-elect is the leader of the party receiving the most votes in parliamentary elections, although this is not always the case.

Political parties gather in the Qaxaamajkas̠ lus̠nujyk, a body of 170 deputies elected to four-year terms by direct popular vote. The Qalus̠nujyk Xaamajkas̠ has the power to enact laws, approve the budget, select and dismiss the Qaxaama and other ministers, declare war, deploy troops abroad, and ratify international treaties and agreements.

2/5ths of the population of Mokhavia lives in the 20 largest cities, which range from 1 million to a meer 14 thousand poeple, the other 3/5ths live in communities and towns smaller thatn 14 thousand, usually around 9-14k size, spotted around the nation, with concentration neer the rivers and coast. Theres also still quite the number of people living in the old ways of semi-nomadic hunter gatherers and herders. The smallest official town in Mokhavia is Shashavshiyu with a population of 5 thousand.

Mokhavia is a diverse nation, over 85% of the population is ethnic to the area, those being the Undo-Kamak people which include the Mokha and Kettan people, with another 18% being made up of the Maskey people, who are a cultural isolate that has influenced the Mokha, the country also has a minority of Ateenians to the northern border. The Unduk people, simply known as Mokha, are devided into a few tribal groupings, the Seykel, Aarnuaq, Denayak, Duwat, Wakro and Yakrow. The biggest ethnic group in the nation are the Unduk/Mokha people, making up around 64.3% of the total population. The Kettans are a Kamak group, distantly related to the Unduks, and live primarily in the mountains to the northeast of the nation, other Kamak people live beyonf the border between the nations of Mokhavia, Ateenia and Safjal. The Maskey people are devided into two, the northern known as (Yapiat-)Dene. and the southern known as (Yapiat-)Nene, the dominant group located within Mokhavia are the Nene, while the Dene are located in the northern areas of Haydag province, and in Safjal.

People born outside of Mokhavia but have an Unduk or Maskey parent receive dual citizenship, and if they have a Unduk or Maskey grandparent they have an easier aplication process This used to stand for Kettans too but was prohibited in 2016 for security reasons due to rising aggression from separatist Kettans.


Majority of Mokhavians have kept their indigenous faiths, no major world religion has spread past immigrants, but the Ateenian Vjoldinism faith has spread throughout the northern parts of the Echin Province due to their geopolitical location and History with the Ateenians. The government of Mokhavia has banned anyone who has the intent of spreading any religion within the country from entering the country, they can enter to give services to already existing belivies, but being cought spreading a religion is punishable by death.[4]

The culture of Mokhavia incorporates indigenous heritage, as represented by the Unduk, Haydag and Kettan languages and faiths, with mainstream Nordic and Argic cultural aspects. Because of its history and geography, Mokhavia's culture has been influenced by the traditions of the adjacent area's various Slavic and Germanic peoples.

There are cultural differences among various regions of Mokhavia, especially minor differences in dialect. Minorities, some of which have a status recognised by the state, such as the Kettan people, maintain their cultural identities within Mokhavia. Many Mokhavians are emotionally connected to the countryside and nature, as large-scale urbanisation is a relatively recent phenomenon. 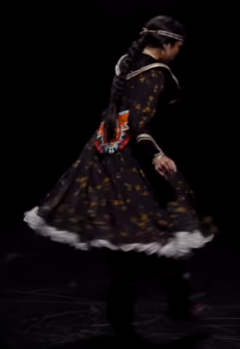 Mokhavia is big in preserving culture trough music, which shows with a lot of the newer pop and rock bands inplemending folk instruments and/or songs/tales into their music. In mokhavian folk, Monophony and Template:Wo are common, while common folk instruments are mainly flutes, drums, Jew's harps and Rattles, and in some regions string instruments like the Tovshuur, Bağlama are common, the Gaida has also made itself present with the imigration of the Haydag from the south.

Mokhavia, for the majority of it's history, has never had big cities, but rather towns at most, the Kettans were the people in Mokhavia to use stone buildings untill the 16th century, before which the Mokhavian Architecture had mainly consisted of wooden buildings, while the tents they lived in were made from lether and cloth. Totem polls are a signature structure of Mokhavian culture, in resent years the styles of more modern buildings have been influenced by various longhouses with elements of totem polls for decorations.

The Kettan archetecture consists of stone houses and towers on hill and mountain valleys, they are famous for their towers, which have a grim usage, as they exist only due to the blood-fueds of the people.