Pardes, also known as the world is the third planet from the sun, the densest planet in the solar system, the largest of the system's four terrestrial planets, and the only celestial body known to accommodate life. It is home to over 8.5 billion people, the population is divided into many independent states that interact through diplomacy, conflict, travel, trade, and media.

Cartography, the study and practice of map-making, and geography, the study of the lands, features, inhabitants, and phenomena on Pardes, have historically been the disciplines devoted to depicting Pardes. Surveying, the determination of locations and distances, and to lesser extent navigation, the determination of position and direction, have developed alongside cartography and geography, providing and suitably quantifying the requisite information.

Independent sovereign nations claim the planet's entire land surface, except for some parts of polar regions and some other unclaimed areas. As of 20XX, there are XX de facto sovereign states, including the 26 Organization for Pardesi Affairs member states. In addition, there are a number of dependent territories, and a number of autonomous areas, territories under dispute and other entities. Historically, Pardes has never had a sovereign government with authority over the entire globe although a number of nation-states have striven for world domination and failed. [1]

The Organization for Pardesi Affairs is a worldwide intergovernmental organization that was created with the goal of intervening in the disputes between nations, thereby avoiding armed conflict. The OPA serves primarily as a forum for international diplomacy and international law. When the consensus of the membership permits, it provides a mechanism for armed intervention. 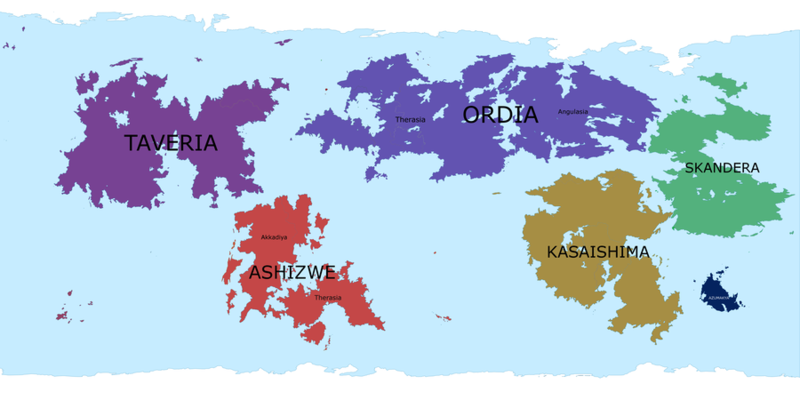 This list of sovereign states provides a brief overview of states around the world of Pardes. Compiling a list such as this can be a difficult and controversial process, as there is no definition that is binding on all the members of the community of nations concerning the criteria for statehood. The list is intended to include entities that have been recognized to have de facto status as sovereign states, and inclusion should not be seen as an endorsement of any specific claim to statehood in legal terms.

This is a list of nations in Pardes by population.

Population of the world

This is the official list of Pardesi countries by GDP (nominal).

This is the official list of Pardesi countries by GDP (nominal) per capita.

A list of nations in Pardes by military spending and percent of GDP spent on defense.

Retrieved from "https://iiwiki.us/mediawiki/index.php?title=Pardes&oldid=310076"
Categories:
Hidden category:
This page was last edited on 11 February 2021, at 06:34.
Privacy policy
About IIWiki
Disclaimers