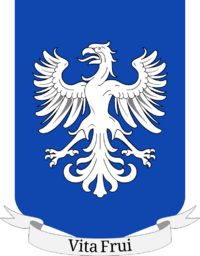 listen)), commonly called Philimania, is a federal republic governed by The Philimanian Legislative Council (TPLC) in Western South America. Philimania covers over 20 thousand square kilometres and has a population of over 5 million. The nation consists of 4 provinces. Settled by people from New Zealand and Polynesia circa 2000 BCE, Philimania was discovered by British and Spanish pilgrims hoping to escape persecution in the early 17th century. From 1936 to 1945, Philimania was invaded and occupied by the Japanese before being liberated by Australian and Peruvian forces on the 25th of April 1945. After World War II, Philimania became a member of the United Nations. Philimania is a developed country, with a high national GDP of P$1.342 trillion. The per capita GDP of P$30,120 ranks highly in the world. The economy is fueled almost entirely by the private sector, which is quite specialized and led by the Tourism industry, with significant contributions from Book Publishing, Information Technology, and Arms Manufacturing. The average income is 65,825 dollars and evenly distributed, with the richest citizens earning only 2.7 times as much as the poorest. Philimania ranks highly in civil rights, political freedom, and economic freedom. Philimania is a small power, as well as a member of several international organizations, including the United Nations.

Phorktown City, often called simply Phorktown, is the second populous city in Philimania. With an estimated 2019 population of 1,765,200 distributed over about 1,222 km2 (472 sq mi). The city is located at the Northeastern tip of the province of New Cardiff.

Phorktown is composed of six districts. The six districts—Wellam, Brake, East Phorktown, Admira, Flinthead, and Beadrun—were created in 1680, after city status was granted to the city. As many as 600 languages are spoken in Phorktown, making it one of the most linguistically diverse city in the world. Phorktown is home to roughly 1 million residents born outside Philimania. As of 2019, Phorktown is estimated to produce a GDP of P$342,635 billion.

Phorktown traces its origins to a trading post founded by a buisnessman named Jacob Phork in 1632. Phorktown saw one of the longest battle in human history known as the Battle of Phorktown Hill which led to the surrender of Philimania to Long Kingdom and Spain. In the 21st century, Phorktown has emerged as a global node of cultural diversity. (Full Article...)
Did you know...
The News
Picture of the Month

Harry Liam, Governor of Philimania from 1621 to his death in 1654.
Retrieved from "https://iiwiki.us/mediawiki/index.php?title=Portal:Philimania&oldid=391043"
Categories: