Difference between revisions of "Venland"

Venland, officially the Soviet Socialist Republic of Venland, VSSR, or Venish SSR is a Marxist-Leninist sovereign state in Anea, located within Strangereal. The country is bordered by Heulia and Guyomartand to the south, Yelacapeva to the south-east and Lotion to the north. Venland's government and economy are highly centralized, the country is a one-party state governed by the Communist Party of Venland (CPV) with its capital in Minsk, the nation's largest city and main cultural and commercial centre. With a population of 63.5 million and a land area of 2,320,500km2.

The Soviet Republic has its roots in the 1920 April Revolution, when the proletariat, led by Georgy Sokolov, overthrew the monarchist provisional government which had replaced the last Empress Katia Voroninova. Following Sokolov's death in 1924 and a brief power struggle, Kropanin Arkadiy Stepanovich came to power in the mid-1920s. Stepanovich committed the state's ideology to Marxism–Leninism and constructed a command economy which led to a period of rapid industrialization and collectivization.

The word "Soviet" derives from a Russian word сове́т (sovét) meaning council, assembly, advice, harmony, concord and all ultimately deriving from the proto-Slavic verbal stem of vět-iti ("to inform"), related to Slavic věst ("news"), English "wise", the root in "ad-vis-or" (which came to English through French), or the Dutch weten ("to know"; cf. wetenschap meaning "science"). The word sovietnik means "councillor".

The traditional English name "Venland" derives from Latin "Venimia", which means "home of the Vens". The name comes from, according to legend, their leader Venn, who brought the tribe to settle the region.

The state adopted a command economy in 1924, whereby production and distribution of goods were centralized and directed by the government. The first Proletariat experience with a command economy was the policy of War communism, which involved the nationalization of industry, centralized distribution of output, coercive requisition of agricultural production, and attempts to eliminate money circulation, private enterprises and free trade. After the severe economic collapse, Sokolov replaced war communism by the New Economic Policy (NEP) in 1921, legalizing free trade and private ownership of small businesses. The economy quickly recovered.

After a long debate among the members of the Politburo about the course of economic development, by 1928–1929, upon gaining control of the country, Kropanin Arkadiy Stepanovich abandoned NEP and pushed for full central planning, starting forced collectivization of agriculture and enacting draconian labor legislation. Resources were mobilized for rapid industrialization, which greatly expanded state capacity in heavy industry and capital goods during the 1930s. A main motivation for industrialization is preparation for war, mostly due to distrust of the outside capitalistic world. As a result, the soviet republic transformed from a largely agrarian economy into a great industrial power, leading the way for its emergence as a superpower.

The state economy has become relatively self-sufficient; external trade rapidly increased. Still, the influence of the world economy on the soviet republic is limited by fixed domestic prices and a state monopoly on foreign trade. Sophisticated consumer manufactures are major import articles.

From the 1930s, the way the state economy operates remains essentially unchanged. The economy is formally directed by central planning, carried out in five-year plans. However, in practice the plans are highly aggregated and provisional, subject to ad hoc intervention by superiors. All key economic decisions are taken by the political leadership. Allocated resources and plan targets are normally denominated in rubles rather than in physical goods. Credit is discouraged, but widespread. Final allocation of output is achieved through relatively decentralized, unplanned contracting. Although in theory prices are legally set from above, in practice they are often negotiated, and informal horizontal links (between producer factories etc.) are widespread.

A number of basic services are state-funded, such as education and health care. In the manufacturing sector, heavy industry and defense are prioritized over consumer goods. Under command economy, consumers have almost no influence on production, so the changing demands of a population with growing incomes cannot be satisfied by supplies at rigidly fixed prices. A massive unplanned second economy grows at low levels alongside the planned one, providing some of the goods and services that the planners could not. 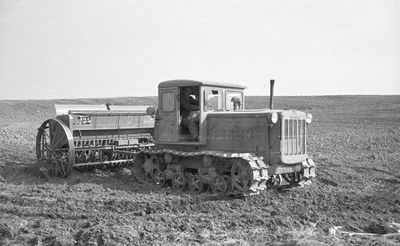 Agriculture in the soviet republic is mostly collectivized, with some limited cultivation of private plots. It is often viewed as one of the more efficient sectors of the economy of the soviet republic. A system of state and collective farms, places the rural population in a system intended to be unprecedentedly productive and fair which turns out to be both. However, Marxist–Leninist ideology does not allow for any substantial amount of market mechanism to coexist alongside central planning, so the private plot fraction of state agriculture, which is its most productive, remains confined to a limited role. However, citizens as consumers are familiar with the fact that foods, especially meats, are often noticeably abundant.

Having immense land resources, extensive farm machinery and agrochemical industries, and a large rural workforce, state agriculture is remarkably efficient. Organized on a large scale and relatively highly mechanized, state and collective agriculture makes the soviet republic one of the world's leading producers of cereals. Conditions are best in the temperate black earth belt stretching from the coast through southern Venland into the east. In addition to cereals, cotton, sugar beets, potatoes, and flax are also major crops.

The energy policy of the state is an important feature of the country's planned economy from the time of Sokolov onward. Venland is virtually a self-sufficient energy nation; the development of the energy sector started with Stepanovich's autarky policy. The primary way of securing economic growth is based on large inputs of natural resources. Policy by the state leadership to direct energy resources is vital to the military and economic success of the country.

Despite many of the targets being unbelievably high (a 250% increase in overall industrial development, with a 330% percent expansion in heavy industry), remarkable results have been achieved: 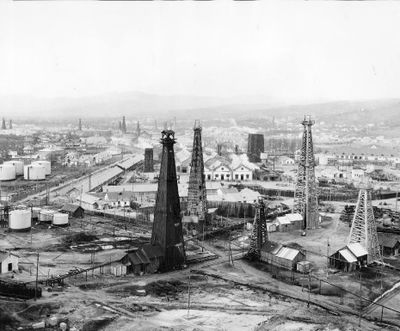 Petroleum field in Kropolchik in 18 February 1939

Possessing substantial oil refining capacities, Venland is particularly interested in the Central-Anean pipelines. With 10 refineries and an overall refining capacity of approximately 504,000 bbl/d (79,500 m3/d), Venland's refining capacity far exceeds domestic demand for refined petroleum products, allowing the country to export a wide range of oil products and petrochemicals — such as lubricants, bitumen, and fertilizers — throughout the region.

Transport is a key component of the nation's economy. The economic centralization of the late 1920s and 1930s led to the development of infrastructure on a massive scale, most notably the establishment of //AIRLINE//, an aviation enterprise. The country has a wide variety of modes of transport by land, water and air. However, due to bad maintenance, much of the road, water and state civil aviation transport are outdated and technologically backward compared to the First World.

State rail transport is one of the largest and most intensively used in the world. Despite improvements, several aspects of the transport sector are still riddled with problems due to outdated infrastructure, lack of investment, corruption and bad decision-making. State authorities are unable to meet the growing demand for transport infrastructure and services. The state merchant navy is one of the largest in the world.

The currency (lind ruble) is non-convertible, it is impossible (both for citizens and state-owned businesses) to freely buy or sell foreign currency even though the "exchange rate" is set and published regularly. Buying or selling foreign currency on a black market is a serious crime. Individuals who are paid from abroad (for example writers whose books are published abroad) normally have to spend their currency in a foreign-currency-only chain of state-owned stores.

Overall, the banking system is highly centralized and fully controlled by a single state-owned bank, responsive to the fulfillment of the government's economic plans. The state bank furnishes short-term credit to state-owned enterprises.

There are two basic forms of property in Venland: individual property and collective property. These differ greatly in their content and legal status. According to communist theory, capital (means of production) should not be individually owned, with certain negligible exceptions. In particular, after the end of a short period of the New Economic Policy and with collectivization completed, all industrial property and virtually all land is collective.

Land in rural areas is allotted for housing and some sustenance farming, and persons have certain rights to it, but it is not their property in full. There is a practice to rotate individual farming lots with collective lots. There is an extremely small number of remaining individual farmsteads located in isolated rural areas.

To distinguish "capitalist" and "socialist" types of property ownership further, two different forms of individual property are recognized: private property and personal property. The former encompasses capital (means of production) while the latter describes everything else in a person's possession.