Constantine XX (Gaius Claudius Anicius Nero Constantinus Felix Laurentius Caesar Augustus; b. 15 March 1994) is the reigning Latin Emperor and 118th monarch of Latium. His reign began on 3 November 2016 after the unexpected death of his father, though had been delayed due to the attempted coup of his younger brother Prince Michael. The dispute was settled in early December when Constantine became the only surviving claimant and solidified his hold on the Latin throne. His coronation on 8 December 2017 was Latium's first televised coronation.

Constantine is the oldest child of Jason VI Augustus and Zoe Verrucosa. He was educated at Lyceum Sanctus Michaelis for his primary and secondary education, obtaining a degree in Politics, Philosophy and Economics from Academia Militaris Olympia. Following his graduation and commission, Constantine undertook a number of Imperial duties on behalf of his father, including acting as the presiding officer for the opening and closing ceremonies of the Ludi Circenses festival in summer 2016.

In 2017, Constantine married Ghantish noblewoman Alazne Dain with whom he has two children, Diana and Alexius.

Constantine's reign began on 3 November 2016 after the unexpected death of his father, though had been delayed due to the attempted coup and ended three days later. His coronation on 8 December 2017 was Latium's first televised coronation. His reign has seen various reforms take place in Latium, including Imbrosian devolution, local government reform, and a repeal of the controversial Morality Acts.

Constantine was born on 15 March 1994 at 11:19 pm in the Blue Room of the Palatium Supranio to Jason, Prince of Youth and Zoe Verrucosa, and was the couples first child. He was baptized on 13 October 1994 at Sancta Sapientia by Archbishop Marcus Nasenni of Castellum. His godparents were Prince Theodosius, Duke of Beroea (his father's brother) Maria Tarpeia, Countess Rutupiae (his father's cousin); Damiane Vitruvia (his maternal grandmother); and the future Thomas Vitruvius, Marchis of Antium (his mother's cousin). As the son of the heir apparent, Constantine was styled as "Prince Constantine of Youth".

Following his birth official announcement, a week of games and races were held at the Circus Albae and the National Colosseum in Castellum in celebration. His gender was announced during Princess Zoe's pregnancy announcement, which resulted in celebration and rampant speculation of his name. Many betting firms placing odds for his name, initially the highest odds indicated that Leo was a top choice for his name. However, many in the public were turned off at the idea following the Princess Isabella Scandal and the birth of her son Leo in 1991. This prompted in most bets placed on his naming being either Alexander or Constantine. His name was announced to the press three days after his birth, with Imperial Offices stating he was named in memory of his great-grandfather Emperor Constantine XIX.

He opted not to take a gap year, which most considered unusual at the time, and he immediately enrolled at Academia Militaris Olympia. As a cadet at Olympia, Constantine studied Politics, Philosophy and Economics, though reportedly nearly dropped out of the program in favor of perusing studies in international relations. He reportedly struggled with the program initially, with some classmates claiming that his "[father] pushed him to stay in the PPE program. School files surrounding his switch of academic focus have thus far been unobtainable by members of the press due to repeated blocks of the Freedom of Information Act. During his third year at Olympia, he took part in numerous military training exercises with enlisted members of Latin Armed Forces including the 11th Legion. He participated in intramural polo throughout his education at Olympia. 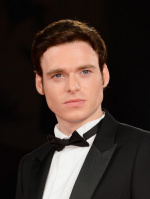 Constantine before attending the 2015 Ludi Circenses.

Constantine was appointed to the Emperor's Council at the age of 17, by his father Jason VI Augustus. This allowed Constantine to sit in on Council meetings, and enabled him to make visits on his father's behalf, the first of which was to Sydalon, where he visited the village Kerkouane for Christmas celebrations. The same year, Constantine was granted his own imperial household, which was staffed by at least five individuals during 2010, eventually growing to 20 by 2013. In 2014, Constantine's household organized a charity polo match, with all proceeds and donations to benefit Legionary Cause, a charity aimed at supporting widows and orphans of Latin veterans – the event has since been held annually.

Constantine has also served as president or honorary leader of numerous Latin Imperial-sponsored events, including both Ludi Circenses and Transvectio Equitum. In 2014, Constantine was the officer of honor at the annual Transvectio Equitum at Academia Militaris Olympia, an event which he participated in during all three years of his education at Olympia. In 2016, he was the presiding officer of the opening and closing ceremonies, duties typical reserved for close relatives of the reigning Monarch.

Constantine became Latin Emperor his father's death on 3 November 2016. However, his ascension was complicated by the outbreak of a succession crisis in Castellum, with his chief opponent being his younger brother Prince Michael. Largely a political standoff with minimal military manuvering, the crisis lasted 5 days when it ended with Prince Michael's death on 8 November 2016. Throughout the crisis, Constantine was largely recognized as Latin Emperor by the international community, Latin civil government, and military apparatus.

On 13 January 2017, Constantine was the target of an assassination attempt during the funeral procession forJason VI Augustus, along Via Sacra in Castellum.

At approximately 10:30 am, a lone gunman, Lanig Kou Sezneci, fired four shots at Constantine before he was himself killed. All four shots missed Constantine, as he was pushed from his horse by Nathan IV of Ghant as Sezneci began to fire. He only suffered injuries related to falling from his horse.

The Gelonian National Front quickly claimed responsibility for the attack, prompting a lockdown and curfew to be placed in effect for 5 boroughs of Castellum through the next night. Investigations into Sezneci would discover that he had left a suicide note in his Castellum hotel room. 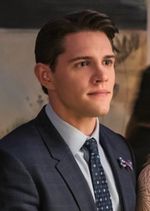 Constantine at one of his first public appearances following the assassination attempt in January 2017.

Constantine made his first public appearance after the attempt the following morning on January 14.

His first executive order was to abolished the Scholarian Guard, temporarily replacing it with the Praetorian Guard. The Scholaria Guard was reestablished in summer 2017. On 25 January 2017, Constantine called for new elections and formally dissolved the Senate.

Constantine announced plans as early as January for reforms focused on Propraetors in mid-January. The plan called for "a more rapid response to both local and Imperial government needs." In February, Constantine issued an Imperial edict which provided Propraetors a more direct role in the county-level councils.

In September 2017, a local and regional government reform petition reached 500,000 prompting Constantine to order the Senate to explore and debate the measure. The petition, named Citizens for a better local government, was focused on calling for devolved or autonomous sub-national governments throughout Latium, with a bulk of signatures coming from residents of Gelonian-speaking counties or Imbros. Imperial offices announced that Constantine was "receptive" to the idea, and was "looking forward to seeing Senate proposals."

Two bills were brought forward, though only the second bill passed through committee on September 14, and later reached the Senate for vote on September 25. The vote passed, and Constantine signed the measure into law, and announced that referendums would be held in the proposed boundaries of the devolved administration of Gelonian-speaking Latium, named Brennia, and Imbros to take place on November 8. Only the Imbrosian devolution plan gained the necessary votes.

In April 2018, Constantine signed a Senate act to upgrade parts of the energy grid, and promote investments in battery storage.

On 23 October 2018, Constantine issued an executive order to repeal the Morality Acts. The acts were officially repealed by Senate vote a week later, along with guaranteeing protections against discrimination based on sexual orientation.

Constantine's coronation was the first in Latin history to be televised, which saw a mixed response among Latins and the political elite. The entire coronation, with exception of communion and the anointing, was televised.

As with most members of the Imperial family, Constantine's personal life has often been subject to great public interest and speculation. Constantine reportedly had his first relationship during secondary school with classmate and noblewoman Marcia Anicia, daughter of Nicephorus Anicius, Duke of Ossonoba, though a relationship was never confirmed by either family.

In 2015, Constantine began courting Lady Alazne Dain. They are second cousins through Jason Claudius, Duke of Adrianople, and first met in 1999 during a Latin visit to Dakar, Dakmoor. Imperial insiders and biographers claim that such an arragement was highly favored by Jason VI Augustus, and that Constantine was quickly taken with Alazne. It has been said that they often kept in contact, and exchanged letters regularly. His courtship of Alazne attracted intense attention by the press, whom referred to Alazne as the "future Purple Empress". By August 2016, the Imperial Household announced that a betrothal agreement for Constantine and Alazne was finalized. Constantine proposed in January 2017.

Constantine married Lady Alazne Dain on 8 December 2017, at the Sancta Sapientia in Castellum. The ceremony was officiated by Archbishop of Adrianople Eutychianus Caesennius, and Patriarch of Castellum Theodorus Afinius. Alazne was crowned Latin Empress in the wedding ceremony. It was attended by guests from across the world, including reigning monarchs from all Belisarian states, Mutul, and other foreign nobility and representatives. The ceremony reportedly cost $22 million, most of which was paid for by the Imperial family, though security and transportation were covered by the state. A bank holiday was instituted for the wedding across Latium.

Constantine rarely participated in interviews prior to his reign as emperor and in the few he had taken part in he was careful not to address his personal political leanings or feelings. However, classmates of Constantine's have occasionally spoken of him having a more traditionalist view on the Monarchy in Latin society. At Olympia as then Prince of Youth, Constantine was invited on more than one occasion to become to president of the school's Conservative Student Union and Young Progressive's – both being the student arms of Latium's largest political parties. He refused to participate as leader of either organization, though did agree to occasionally sit in on meetings for both organizations.

Constantine is a practicing Fabrian Catholic, though occasionally attends Reformed services due to his mother's adherence to the latter.

Constantine's full title and style since becoming Sovereign is: His Imperial Majesty Constantine the Twentieth, the Most Pious and Blessed, Serene and Noble, Unconquered and Universal, Latin Emperor, Apostolic King of Castellum, and Alba, Father of the Fatherland, First Citizen of Senate, He Who Commands the Tides of Our Sea, Ruler faithful in Christ, and Sword of Christ.

Retrieved from "https://iiwiki.us/mediawiki/index.php?title=Constantine_XX_of_Latium&oldid=139685"
Categories:
Hidden category:
This page was last edited on 13 December 2019, at 22:20.
Privacy policy
About IIWiki
Disclaimers