The Premier of the Auspicious Republic of Xiaodong (Xiaodongese: 行政会总理晓东吉祥共和国; Xíngzhèng huì zǒnglǐ Xiǎodōng jíxiáng gònghéguó) is the head of government of Xiaodong. The Premier is appointed by the Chairperson of the State Presidium on the basis that they are the person who can most likely command the confidence of the Legislative Council and is tasked with leading and appointing members of the Executive Council. The constitution gives the Executive Council and by extension the Premier partial executive power in Xiaodong below the State Chairman, meaning they are often perceived as the most powerful person in the Xiaodongese government. Because the Premier must command the confidence of the State Presidium they always come from the largest party or coalition within the State Presidium.

The office of Premier was created in 1874 being maintained in the Heavenly Xiaodongese Empire, the Republic of Xiaodong and the current Auspicious Republic. The longest serving Premier was Li Zhaozheng, who held the post for 12 years and 14 days from 1949 to 1961. Over time the de facto power of the Premier has fluctuated, at times functioning as a dictator and at others subordinate to the State Chairman. The current Premier is Xi Yao-tong of the Heavenly Gate Society, appointed by acting State Chairman Yuan Xiannian on the 19th November 2016.

The post of Premier was created in 1936 following the Corrective Revolution, but was the not the first head of government in Xiaodong - Xiaodong has retained a permanent head of government since the 1888 Constitutional Revolution with the post of Prime Minister (总理; Zǒnglǐ) which had alternated between nonpartisan and military officials under the Heavenly Xiaodongese Empire (with the longest serving Prime Minister being Zhao Hongjun who served for a total of 13 years, 2 months and 3 days). The State of Xiaodong retained the post of Prime but saw a quick turnover of Prime Ministers many of whom did not last beyond 3 months. The Prime Minister was always appointed by the Emperor and only had to rely on the confidence of the Emperor to rule - this sometimes led to Prime Ministers to lack a majority in the Imperial Deliberative Assembly.

The Corrective Revolution saw the new government under Lu Keqian formally dissolve the post of Prime Minister and the executive cabinet, the General State Affairs Council replacing it via a decree with the post of Premier (首席部長; Shǒuxí Bùzhǎng) to lead the executive Council of Ministers of Xiaodong, with the post being formalised in the 1938 constitution. The inaugural Premier was Lu Keqian who also held the posts of Chairman of the State Presidium, da yuan shuai of the Xiaodongese Defence Force and Chairman of the Xiaodong Regeneration Society - although this allowed Lu to rule as an unchallenged autocrat 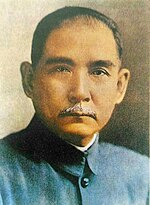 it meant the Premier had relatively few institutional powers with Lu personally drawing his power from the military and the party.

The death of Lu saw Ma Renzhong ascend to the position of Premier, albeit he ruled until 1946 in a diarchy with the State Chairman Yu Changshao. Following the 1946 attempted coup by Yu Ma asserted himself as an autocrat, but this was due to Ma drawing power due to strong backing from the Xiaodong Regeneration Society which he was Chairman of. It was not until Sun Yuting in 1974 that the role of Premier was given much stronger institutional role, with Sun creating the Office of the Premier to strengthen the Premiers hand, allowing Sun to rule in a much more heavy handed manner.

Following the Orchid Revolution the Premier was changed to be elected by a majority vote in the State Presidium, which alongside democratic elections dismantled the dictatorial elements of the post, albeit Sun's reforms gave them much greater powers than most heads of government in democracies. The dominant status of the Xiaodong Regeneration Society (which between 1988-2016 retained a supermajority in the State Presidium) meant the Premier was able to continue ruling in a strongman manner.

Since the appointment of Xi Yao-tong in 2016 however the position of Premier has weakened. This is partly due to the fact that Xi is not the Chairman of the Regeneration Society (with the post being held by Yuan Xiannian) and from September 2016-January 2017 was serving in a caretaker role due to the inability to form government following the 2016 election. The 2017 general election also did not see the Regeneration Society get a supermajority in the State Presidium.

The qualifications for the Premier are laid out in the Constitution of Xiaodong.

The Hall of Tranquillity.

Main article: List of heads of government of Xiaodong

As of August 2020 there are two former Premiers - Han Guanzheng and Yuan Xiannian - who are still alive. The most recent Premier to die was Li Jingyao, who died in 2007.

Retrieved from "https://iiwiki.us/mediawiki/index.php?title=Premier_of_Xiaodong&oldid=252274"
Categories:
Hidden category:
This page was last edited on 20 September 2020, at 23:37.
Privacy policy
About IIWiki
Disclaimers