Abria, officially the Confederation of Abria, is a country situated in southwestern Cardia. It is a federal republic composed of eight states, with federal authorities seated in Apúlia. Abria shares a landborder with Arlyon to the north and is bounded by the XX Sea to the south and XX Sea to the east. With an area of XXXX km2 (XXXX sq mi), Abria is the Xth largest country in Cardia and the Xth largest country in the world. By population (estimated at 47.8 million), Abria is the XX largest in Cardia and the XXX in the world. Estaras is Abria's largest city, while Apúlia is the de-facto capital. Other major urban areas include: Terroso, Mosteiró, San Cibrán, Rocabruna, Fustanyà and Ortacesus.

The Confederation was officially founded in 1846 following the XXXX, in which a series of republican revolutions overthrew the monarchies of Lusitan, Sagria, Monfero and Calvia. The Abrian Convention, a large conference of liberal revolutionaries was held in the Lusitan city of Rebordãos, where they agreed to a loose confederal union in anticipation to a restorationist effort by exiled monarchists backed by Cardian powers.

According to the 2008 constitution, Abria is officially a federal constitutional parliamentary republic. There are three main governing bodies on the federal level: the bicameral senate (legislative), the Confederal Government (executive) and the Confederal Court (judicial).

The Senate of the Confederation consists of two houses: the Assembly of the Nations which has 32 representatives (four from each state) who are elected under a system determined by each state, and the Assembly of the People, which consists of 400 members who are elected under a system of proportional representation, depending on the population of each state. Members of both houses serve for 4 years with no-term limits applied. When both houses are in joint session, they are known collectively as the Confederal Senate. Between 1950 and 2008, three of the eight states operated the power of recall over their representatives in both houses, this was expanded to all states with the 2008 constitution. 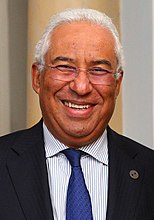 The executive of Abria is formed by the President of the Confederation, who serves as head of state for a maximum of eight-years (two four year terms concurrent to that of the Senate). The president is elected by the Assembly of the Nations, who appoint one of their members; the 2008 constitution states that the presidency must alternate between the states with each office holder. The president represents the unity of the nation and has many of the duties previously given to the monarchs of the confederal states before its formation. The president serves as a point of connection between the three branches as he is elected by the lawmakers, appoints the executive and is the president of the judiciary, has the sole power to dissolve the legislature (upon the request of the prime minister) and is also commander-in-chief in the time of war. The Prime Minister of the Confederation, serves as the head of government and is usually the leader of the largest party or coalition in the Asssembly of the People. The Prime Minister and the cabinet are appointed by the President and must pass a vote of confidence in Parliament to come into office. To remain the Prime Minister has to pass also eventual further votes of confidence or no confidence in Parliament.

Despite its name and references to confederalism, Abria is realtively centralised state along federal lines. The 2008 constitutition re-defined the relationship between the states and the central government, expanding the powers held by the states.

The Confederation of Abria consists of eight states.

The federated states of Abria are officially known as "Confederate Nations", have a permanent constitutional status and, in comparison with the situation in other countries, a high degree of independence - especially in wake of the 2008 constitution. Under the Confederal Constitution, all 8 confederate nations are equal in status and power. Each state has its own constitution, and its own parliament, government, police and courts. However, there are considerable differences between the individual states, most particularly in terms of population and geographical area, but also the nature of their parliaments and governments. The previous tradition of granting varying levels of autonomy to each state caused serious constitutional and political tension during the 2005-08 Abrian Crisis.

Retrieved from "https://iiwiki.us/mediawiki/index.php?title=Abria&oldid=188042"
Categories:
Hidden categories:
This page was last edited on 8 April 2020, at 13:24.
Privacy policy
About IIWiki
Disclaimers