Training for the Hegemonic Guard regulars starts at the age of 16. Soldiers are initiated through entry training held at different bases across the country. Upon graduation soldiers are given their branch of specialty within the Guard. From there training begins and typically from the start of Basic Training until the completion of specialty training, lasts 16-18 months. Once completed, assignment to a standing unit is given and service obligation begins. Within their units soldiers are trained on specialty equipment, grade, leadership, re-assignment, and cultural immersion. Soldiers chosen to go to advanced combat tactics training and join elite units such as the The Ackliuses' Royal Rangers (Special Forces) are put through grueling training for 18+ Months. 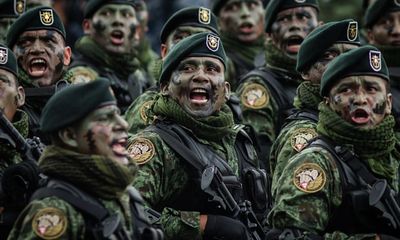 For Conscripts training is much different. If the need ever arises and numbers are desperately needed to win a conflict many would be called to form conscript units. This begins at the age of 16, they attend a 2 month basic military training. After that training is only annual for 1 week a year until the age of 30. When called up to fight a conflict an pre-mobilization training may be given depending on the circumstances. If there is a rush to field numbers of troops they may be sent right to the lines at which time their training may be poor at best, if there is time a month or two of training may be given, longer if commanders wish these units to preform special functions such as logistics, air defense, or other specialty skills. It is a gamble fielding such green troops but this measure would only be used in extreme circumstances.

Although children within the Resolute Caste are left alone for the most part prior to their being military age, some programs and education is afforded to those who show an aptitude for certain skills that the Guard is looking for. Skills like Cyber, Mechanics, Engineering, or Medical are greatly encouraged among the youth through various government programs.

The Terrestrial Army is the ground force of the Realm. The Army itself is broken into branches: Maneuver, Logistics Corps, Air Corps, Engineer Corps, Cyber, Administration, Medical Corps, Special Forces, and Signal. These branches each have a specific function but are mainly in place to support the Maneuver branch (Infantry, Armor, Artillery, Combat Arms).

The Army's organizational structure is centered around the Combat Helix, which varies in size depending on the mission. This helix can be constructed in endless variants with many missions in mind and allows the command to factor in what equipment they have on hand, such a method is known as "plug and play" units. The Combat Helixes are typically named for the mission. When larger scale missions are being fought the combat Helix could even include several Orders.

Company level structure consists of 5 Platoons (4 maneuver and 1 HQ/Weapons). These platoons are each lead by a senior enlisted and a junior officer. Platoons have 5 squads within them (4 standard, and 1 weapons squad). These squads are the principle maneuver element of the army. Squads then typically have two fire teams.

Logistics and support within the Army is broken down at two levels, theater and expeditionary. Each Theater Support Group has 4 Expeditionary Support Groups it is directly in charge of within that Multitude. These ESGs consists of five battalions: Logistics , Air Support, Engineer, Medical, and Signal. These ESGs coordinate and operate all distribution, construction, medical, and communications operations for a Combat Helix in theater. 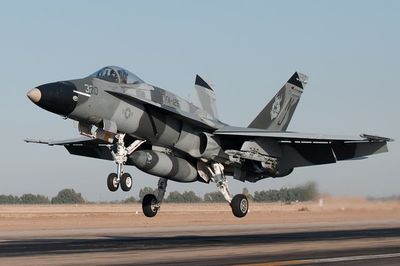 High in the skies, deploying weapons of swift and destructive scale is the Aerial Guard. The Aerial Guard is the newest branch of the Hegemonic Guard, formerly the Terrestrial Army Air Corps, it has been divided into its own branch to help facilitate more non-close air support activities that the Guard would have to focus on. Areas such as space, strategic deterrence, and conventional strike are the focuses of the new Aerial Guard which will take the Hegemonic Guard into the future of warfare. The Aerial Guard plays a big part of national defense, power projection, and logistics across all the branches. A variety of air frames are flown by the Aerial Guard, from helicopters, to bombers, fighters, and cargo. Soldiers within the Aerial Guard are given special training to be able to maintain and repair the aircraft they are entrusted with, most are very skilled at what they do. Special programs for aircraft maintenance are set up for pre-military age youth to prepare them to be aircraft mechanics.

Aerial Guard is broken down into several different Air Orders which report to a Front. Although units are drawn from the Air Fronts to forward support operations in foreign lands regularly. Within Air Fronts there are several different Divisions which each have reporting Wings. Wings are organized by purpose: Fighter, Bomber, Helicopter, Airlift, ASW, SAR, and Satellite. Wings consist of eight squadrons, and most Squadrons within a Wing typically have 25+ aircraft of various types in them. 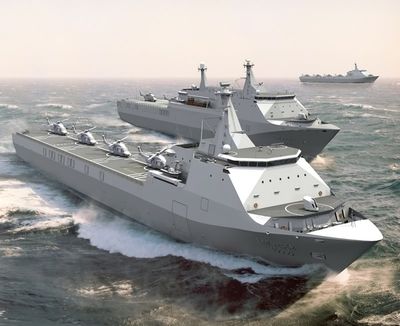 The Hegemonic Navy is the power projection force of the Guard, its ships carry the banner of the Ackular far and wide showing the power of Achesia to all the nations. The sailors of the Hegemonic Navy take special pride in being part of the most elite of forces on the high seas, their ships are known for their combat prowess, skilled weapons handling, and navigation. The Navy is broken into several branches: Surface, Sub Surface, Air, Cyber, Logistics, Administration, Medical, Nuclear, and Communications.

The Hegemonic Navy is broken into fleets, each of which are given a portion of the oceans to patrol. These fleets are each powerful forces that can project Achesian power at the whim of the Ackular within hours of its need. Each fleet is assigned several different allotments of platform sizes and they all play an intriguing part of the combat picture for the Hegemonic Navy.

Groups are centered around the most strategic platform within the group. The three central platforms are the Aircraft Carrier, Battleship, and Submarine. The latter of these do not typically operate together, but the former do. Each group depending on the type is assigned squadrons of support ships such as destroyers, frigates, submarines, logistical ships, air craft, etc.

Fleets also consist of different air wings that participate within the Fleet structure. These air-wings are very consistent in composition between the different fleets (depending on the platforms). Each Air wing has enough of the appropriate aircraft to meet the fleets combat, logistical, and support needs.

Ranks within the Hegemonic Guard are broken into both enlisted and officer. Paths between officer and enlisted are typically dependent on social background with elite families of Resolute Caste traditionally filling ranks of cadets and newly minted officers with a minority of officers being experienced and skilled enlisted solders. Similarly some Resolute families have a strong tradition of being enlisted leaders.

The following are lists of equipment officially employed by all branches of the Hegemonic Guard.

Retrieved from "https://iiwiki.us/mediawiki/index.php?title=Achesian_Hegemonic_Guard&oldid=65544"
Categories:
Hidden categories:
This page was last edited on 3 May 2019, at 01:43.
Privacy policy
About IIWiki
Disclaimers