The administrative divisions of Neviersia are a political hierarchy of political subdivisions within the country. As of 2019, Neviersia is divided into the 17 provinces, which are divided into counties, districts, then parishes, the lowest level of authority. Because the country is federal, the provinces have some level of authority and are allowed to propose changes to borders of subdivisions, provided that the National Parliament is in approval of said plan. The hierarchy of divisions were drawn as early as in the year 1877, whilst Neviersia was still a region of Sheplania. 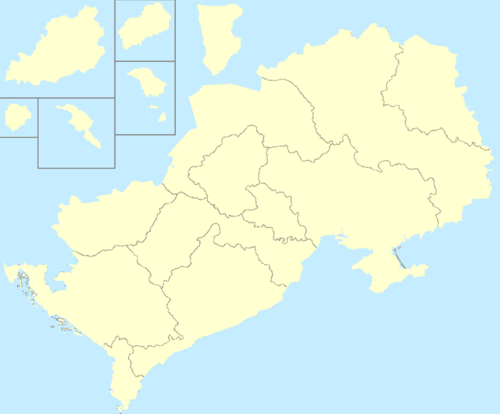 Neviersia is divided into 17 provinces at the highest level, which are further split into counties, districts, and parishes. The country is a federation, thus each province is entitled to have their own provincial government (some are unicameral, others are bicameral), and own the legislative power to legislate on any subject, except subjects which have been specifically noted within the Constitution. Each province has a provincial government. The provinces greatly vary in their land areas covered, economy, and populations. All have the same status, although Djurma controls itself, despite it being the capital of Neviersia and provincial capital of Washtuse (even more strangely, the meeting place for the bicameral provincial parliament of Washtuse is located in central Djurma).

Retrieved from "https://iiwiki.us/mediawiki/index.php?title=Administrative_Divisions_of_Neviersia&oldid=69291"
Category:
This page was last edited on 12 May 2019, at 19:06.
Privacy policy
About IIWiki
Disclaimers