Do the multicultural and ancient origins, the etymology of Bunkaiia is of uncertain origin. In the notes to his translation of the Periplus of the Erythraean Sea, G.W.B. Huntingford remarks that the names of Bunkaiia/Pankhaia is clearly not of Greek in origin.

Do the multicultural and ancient origins, the etymology of Bunkaiia is of uncertain origin. In the notes to his translation of the Periplus of the Erythraean Sea, G.W.B. Huntingford remarks that the names of Bunkaiia/Pankhaia are clearly not of Greek in origin 0 despite the first mention of the islands coming from Euhemerus' description of [i]Pankhaia[/i].

There are a few etymological interpretations that are still hotly contested.

The First is from Middle Persian بندر (bandar) meaning "Port/Enclosed area" and Persian 𐬔𐬀𐬌𐬌𐬊 ˈɡaɪ.o meaning “life”, thereby leading to the interpretation of "Port of Life", as it's ports were invaluable for the long-distance trade expeditions taking place in Antiquity along the Monsoon trade routes. The Second is from Malayo-Polynesian banua meaning "land/village/house/country/sky/heaven" and kaya meaning "force/wealth/power", thereby leading to the interpretation of "Land of Wealth", as its geographic location along the trade routes surely economically benefitted the native populace in the eyes of the intrepid traders. The Third (and most controversially) is from Proto-Ongan *baŋnan meaning "flat surface" and *kaja meaning "mother". 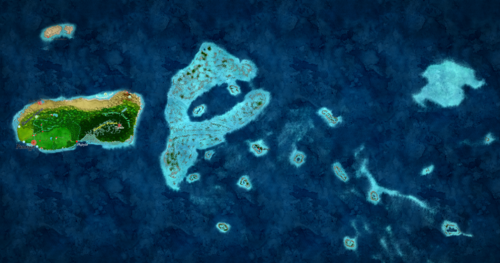 The archipelago can easily be split into three main groups.

The Bunkaiian islands were uninhabited by humans throughout most of recorded history. Human settlement of Bunkaiia's islands (along with neighbouring Seychelles and Madagascar) occurred between 350 BC and 550 AD Austronesians, arriving on outrigger canoes from Southern Borneo. The Doyanian community, mostly located on the Doyan atolls and islets in the East are the modern day direct descendants of this initial migration.

Possibly prior to the firm settlement by the early Austronesians, the main island of Bunkaiia (along with Socotra) played a role as a stopover island for early cross-Indian Ocean traders sailing along the Monsoon winds. Ancient Egyptian texts mention a mountainous island in the middle of the ocean known for having fresh water and readily available sea salt, rare commodities during merchant expeditions to either India, Mesopotamia or East Africa. As knowledge of the island became more widespread, various other nations soon sent expedicionary forces to take control of the island. Eventually the Yemeni client state of Sassanid Persia's interest won out in the early 500's CE.

In the 530's, Khosrow I's persecution of the communist and free-loving Mazdakites led to the fleeing of hundreds of recently converted liberated temple slaves, prostitutes, prisoners of war and impoverished folk. Many fled to the Caucasus, the Caspian coast, Arabia, and Yemen. Yemen was especially popular as its burgeoning trade ports and distance from the now-hostile Persian central state offered some refuge. Sometime during the 6th century, the Mazdakite refugees found their way to the main island of Bunkaiia. Nestorian Assyrians, Yemeni Jews and others would also eventually settle portions of the island in due time, possibly as a result of commerce or fleeing from religious persecution as well (either Zoroastrian, Christian or Islamic).

Between 7th and 8th centuries, the Christian kingdom of Ethiopia and the Arab, Somali and Swahili coastal states began trading in Cushitic and Bantu slaves extracted from the hinterlands pf Eastern Africa. Escaped and runaway slaves often fled or tried to flee to the vehemently anti-slavery Bunkaiia, where they could be free. The journey was ardous and risky and many never made it. Despite the risks though, the island's initialy primarily Austronesian-Persian population became strongly Bantufied. The language of Šibàñ began as a creole between the merger of these three highly distinct cultures.

From Independence to the 2000's

One Type FaC-1911A1 Mallard Fast Attack Corvette and four Type AsB-340A1 Oarfish Fast Attack Boats were recently acquiered from The United States of Springmont to protect the surrounding Bunkaiian territorial waters, chiefly from blackmarket smugglers, fishing boats and Somali pirates. The National Coast Guard is also tasked to help support those lost at sea and those seeking refuge in Bunkaiia. 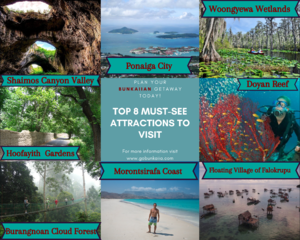 The National Football team of Bunkaiia or

The Lutuañi (also known as the Bunkaiian Frogbat, the Beach-Burrowing Bat, or the Little Night-Surfer) is a small bat species from the genus Mystacinidae. It's only remaining close relative, the Lesser Short-Tailed Bat (Mystacina tuberculata) lives in New Zealand. They spend much of the time on the ground, instead of flying, and are unique in having the ability to fold their wings into a leathery membrane when not in use. Another distinctive feature of the group is a shovel-shaped nail on each index finger, which aids in digging. They are opportunistic omnivorous, eating fruit and carrion in addition to predating on ground- and beach-dwelling invertebrates. The adolescent members primarily consume pollen and nectar, before claiming a territory on the beach. They are known to predate on crabs by repeatedly striking and retreating and eventually pulling each leg off. They sometimes chew out burrows in rotting wood or dig shallow burrows along the sandy beach dunes, roosting in rock crevices or even hijacking the burrows of smaller seabirds.

The Vebokai is a relatively small and short-snouted horned scansorial and arboreal crocodillian from the genus Aldabrachampsus. It was closely related to the extinct Aldabrachampsus dilophus from the Aldabra Atolls. They are primarily ambush hunters and can be seen waiting in the canopy before jumping onto their prey from above. If needed they can use an asymmetrical bounding gait to gallop and chase down a prey, such as a Kouai as well, albeit for a relatively short distance. Being cold-blooded and arboreal they are easily spotted in the Woongyewa Wetlands sunbathing atop trees.

The marsupial rodent-like Kouwai is the last remaining Sudamericid Gondwanathere in the world and the only solely terrestrial mammal native to the Bunkaiian islands. It primarily feeds on grasses and roots but will ocassionally feed on arthropods, especially in its youth. The unique manner in which it procreates offers a "missing-link" bridge between the Monotremata and Marsupialia groups, in that the female lays an egg and then carries it in a pouch. Inside the pouch, Kouai teets' uterine milk ensures that the single porous macrocithal egg does not dehydrate. Kouai pouches are equipped with a special sphincter muscle along the outer edge of the pouch opening and the Kouai mother uses this muscle almost like a drawstring, closing the opening tightly as it runs about in the underbrush. A similar sphincter muscle-system is used by Koalas to protect their joeys from falling out from their upside-down pouches.

The Perkei is a footlong yellow limbless caecilian with a bright pick face that borrows though the ground eating worms, termites and most peculiarly carrion. Soon after the dry season begins, when Woongyewa Wetlands begin drying up, thousands of Perkeis flood the desicated marshland and feed on the fish trapped in the shallows pools of water. During this mass feast, the Perkeis procreate and lay their fertilized eggs in the very same pools. The eggs can survive relatively long periods of drought for an amphibian and hatch when the monsoon season brings back the rain and flooding of the Woongyewa Wetlands.

The United States of Springmont's embassy is headed by Ambassador Rick Clayford and is situated in Ponaiga City.