The Kingdom of El Dorado is a Kingdom ruled by King Nilo Pío Rojas II. He has been king for 20 years, ever since his father King Nilo Pío Rojas I died. The Kingdom of El Dorado is located just east of North America and west of Africa. It is a primary spot for importing and exporting goods, especially fish. The geography is mostly flatlands on the outskirts and mountains inside. Gold is the official currency and is also exported out to other countries. Many items made with gold likely came from El Dorado. 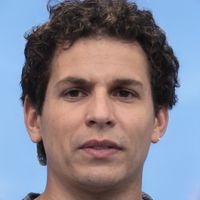 When Charles V heard the news, he immediately sailed all the way to El Dorado to meet with King Dorado. It took months but eventually, Charles V arrived and met with King Dorado. They conferred for hours on how this agreement would work. Spain would have a trade port and would import and export certain goods. El Dorado would be given protection from Spain and no other countries would be able to conquer El Dorado.

El dorado and Spain would have a Healthy relationship for 150 years until, on September 12, 1662, when El dorado decided not to be a colony of Spain anymore. King Florianus Atiana Sandoval began to notice that the Spanish weren’t protecting them like before. Many ships from other countries began sailing too close to comfort. All were taken down but not with the Spanish Navy. King Florianus Atiana Sandoval decided now was the perfect time to begin life as a new kingdom like it was 150 years before. They fought a long, hard war for 8 years until on June 11, 1670 the Spanish finally retreated. El dorado was now able to grow as a kingdom without Spain to hold them back. 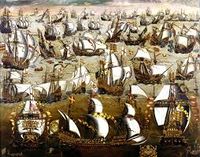 El Dorado’s geography is one of the strangest in the world and researchers still aren’t sure how all were formed. The “Land of Legacy” was created during the Rapid Spanish Expansion, but the platforms where the statues stand was there for millions of years before Dorados even lived there. On the other side of El Dorado stands a reef that is the biggest in the entire world. Many fishes thought to have gone extinct still live there and continue to adapt to the new world. The Perritos de Sandia, thought to have gone extinct and only lived around Mexico, was recently discovered in this giant reef and has been placed on the critically endangered list.

Ancient El Dorado was considered a legend for millions of years. Ancient El Dorado was always hidden away by foliage and rarely did anyone ever discover their existence. One day, a young boy who was lost as sea found land and swam for it. He was the first person who ever learned the existence of the legendary city. The citizens took pity on him and he lived there until King Dorado realized he was planning on escaping. King Dorado managed to stop him but how he was stopped remains a mystery to this day. Legends have been told that the boy was eaten by monstrous sea creatures or was flung high into the sky by a giant falcon called an intuitus magnam.

The military is considered to be the 20th in the world and all citizens from the ages of 18-20 must serve in the military. This is used to train discipline, and to create a healthy kingdom. All who join at the ages of 18-20 do not go to war and may only go by choice and if their families allow them to. All are able to stay past the required years but may be sent off to war in doing so. 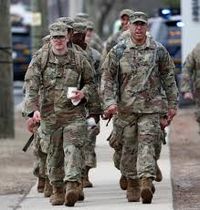