Erytheria (Erytherian: Ερυθήρια), officially the Principality of Erytheria, is a medium-sized country located on the Erytherian archipelago, a group of islands located off the southern tip of Cardia. The largest of these is the island of Symi, on which approximately 45% of the nation's 13 million residents live and where the nation's capital, Mageiros, is located.

Erytheria is a parliamentary elective monarchy in which the country is headed by a Prince elected for life by an electoral college, yet the country is largely governed by the Ecclesia, a democratically elected legislature and the Prytaneis, the nation's cabinet which is chaired by the Epistates, who takes on a role similar to that of a Prime Minister in many other parliamentary democracies. Currently the monarch is Princess Katerina I of the House of Kritikou, while the Epistates is currently Andreios Argyris of the centre-right Social Rally.

The nation possesses a developed, mixed-market high income economy with heavy government involvement in key sectors and high unionisation. The nation traditionally specialises in sectors such as mining, consumer electronics, agriculture and shipbuilding, yet it has transitioned to a more service-based economy in recent years. It maintains a "very high" Human Development Index, with high standards of education and healthcare. However, the nation has seen criticism for the disproportionate influence that social groups such as the nobility and the clergy play in its governmental institutions, and is often seen as being a flawed democracy as a result. 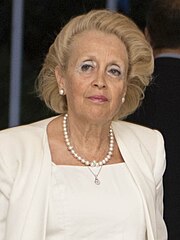 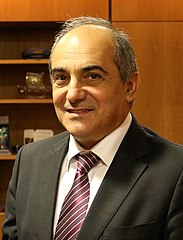 The governmental structure of Erytheria is laid out in the Instrument of Government of 1879, which delineates power between the various governmental institutions in the country. Officially, the document places supreme executive power in the Sovereign of Erytheria, yet delineates responsibility for various areas of government to the Prytaneis, a council of ministers chaired by the Epistates, and places supreme legislative power in the Ecclesia.

The Sovereign of Erytheria is the official constitutional monarch and head of state of the nation, and takes on the title of Prince/Princess of Erytheria. This position differs from many other monarchies in that it is not a hereditary position: the Sovereign is elected from the nation's nobility for a life term by the Boule. Furthermore, the position's power is used more consistently than in other monarchies: it carries the power to veto laws and budgets, dismiss and appoint ministers to the Prytaneis and dissolve the legislature and call new elections at whim, and these are often used. Since 2017, the Sovereign Erytheria is Katerina I of the House of Kritikou, who is notably the first female Sovereign and the first monarch from a noble house based on the island of Kythnos.

The Boule is an electoral college consisting of 500 members, consisting of 200 noblemen chosen by lot from the nation's noble houses and 44 senior bishops, and 256 representatives elected by four panels consisting of representatives of local government, trade union, employers' organisations and university graduates respectively. As mentioned above, it has the responsibility of choosing the Sovereign of Erytheria: it chooses this using an instant runoff method. It is also responsible for approving and rejecting amendments and revisions to the Instrument of Government, of which an absolute majority of votes is needed to approve legislation.

The Prytaneis are a council of 20 ministers appointed by the Sovereign and confirmed by the Ecclesia. Each Prytanis has a specific role of responsibility and is in charge of co-ordinating specific ministries and thus certain parts of the civil service, and while specific ministries change between governments, a Prytanis will always be appointed with responsibility over Finance, Internal Affairs and Foreign Affairs respectively. One Prytanis is always chosen as the Epistates, who serves as a primus inter pares leader of the Prytaneis and acts as both the chair of the institution's meetings and as the representative of the government by the Sovereign.

Legislative power is invested in the Ecclesia, whose 235 members are elected via universal suffrage for four year terms under a reinforced system of proportional representation, in which 210 representatives are elected to represent multi-member constituencies and 25 are assigned to the party with the most overall votes. The Ecclesia has the power to initiate, approve and amend legislation, and is responsible with passing and amending the budget proposed by the Prytaneis, but its approved proposals may be rejected by the Sovereign.

Erytheria has been commonly described as a dominant-party state, in which the Social Rally (Erytherian: Κοινωνικός Συναγερμός (ΚΟΣΥ), Koinomikós Synagermós (KOSY)) have continuously formed a government since their 1973 foundation apart from between the period of 1993 to 1995. Officially describing itself as a "moderate party of Erytherian values and traditions", its official ideology has been described socially conservative and paternalistic by international observers. It has also been noted for having a traditionally heterogeneous support base, with the party's support for strong welfare programs and a role for trade unions in economic planning allowing it to appeal to the working-classes and its support for the traditional institutions of Erytherian society such as the nobility, Minervan Ditanery and the family unit, as well as staunch anti-communism, allowing it to appeal to the middle and upper classes.

Opposition movements in the country have been largely unstable and disorganised, yet traditionally the second-largest party has been the left-wing Communities Party (Erytherian: Κόμμα των Κοινοτήτων (ΚΟΚΟ), Kómma ton Koinotíton (KOKO)), which has largely gained support among industrial workers dissatisfied with Social Rally due to its explicitly anti-capitalist stances and its strong support for constitutional reform. Between 1993 and 1995 the party led a government in coalition with the agrarian People's Party and the left-wing populist Reform Party, yet this government was mired by disagreements between constituent parties and eventually saw dismissal by the Sovereign after a strained relationship.

However, the Communities Party's status as the traditional voice of opposition has been eclipsed due to the rise of the Movement for Erytheria (Erytherian: Κίνημα Ερυθήριων, Kínima Erythírion), which advocates for constitutional reform along with an economic reform package to create a social market economy through restructuring, privatisation and the introduction of a land value tax, taking support from dissatisfied urban youth and the rural former support base of the People's Party. This rise has also been mirrored by the emergence of the Progress Party (Erytherian: Ανορθωτικό Κόμμα (ΑΚΟ), Anorthotikó Kómma (AKO)), which has seen support for its strict opposition to the influence of the clergy on Erytherian politics. The Nationalists (Erytherian: Εθνικιστές, Ethnikistés) also form a major political force, with a focus on heavy Erytherian nationalism and right-wing populism, yet have seen a decline in recent years, losing much of their support to Social Rally after forming a coalition government with them between 1995 and 2003.

The dominant-party nature of Erytherian politics has led many to portray it as being a flawed democracy at best and a mixed regime at worst. Detractors often point to the inherent conservatism of the nation's political institutions, arguing that while there exists no constitutional block to the ability of other parties to take power, other parties will find it hard to enact their agenda due to the inherent conservatism of a monarch chosen largely by the nobility and clergy with the ability to veto the agenda of and dismiss a dissenting government, while the same nobility and clergy may block proposed constitutional reform. The 1993-5 Communities-People's-Reform government has been cited as an example of the flawed nature of Erytherian democracy, as attempts at land reform to take power in the countryside away from the nobility were blocked by Prince Kyriakos III, and attempts to reform the constitution to restrict the monarchical veto through amending the constitution were brought down by the Boule and ultimately resulted in the dismissal of the Prytaneis by Kyriakos III in 1995.

Retrieved from "https://iiwiki.us/mediawiki/index.php?title=Erytheria&oldid=230738"
Categories:
Hidden category:
This page was last edited on 26 July 2020, at 18:02.
Privacy policy
About IIWiki
Disclaimers