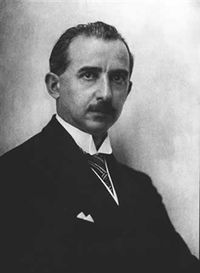 The Gang of Five was a group of five political leaders who led the Committee for Democracy and Progress during the Laeralian Civil War, and later the Social Democratic party (and by extension, all of Laeral) during the ensuing Republic of Laeral period. The Gang of Five consisted of Réne Gramont, Jean-Philippe Salaun, Élisabeth-Charlotte Cordé, Sun Jia-wei, and Zhou Wei-lin, although some consider Edmond Yeoh and Julien Cheng to have also been members. The Gang of Five was largely successful at reshaping and modernizing Laeralian national character and politics, although they have been criticized for actions some consider authoritarian, such as suppressing political opponents. Ultimately, the Republic of Laeral which the Gang had shaped and ruled was overturned following the Bloody Summer uprising. While the Gang of Five played a role in shaping the new Allied Provinces constitution which followed, they faced renewed conservative opposition. Nevertheless, members of the Gang went on to play a role in Laeralian politics under the new constitution.

Réne Gramont, an Army major and statesman, was often considered the leader of the Gang of Five. He was elected as the first President of the Republic of Laeral, being elected for two five-year terms. He later became the first Foreign Minister, second President, and a Prime Minister of the subsequent Allied Provinces government.

Jean-Philippe Salaun, a former general in the Laeralian Army, later became the first Prime Minister of the Republic of Laeral and the second President of the Republic. He was killed during the Bloody Summer by forces of General Alain Mette. 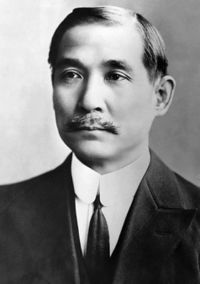 Sun Jia-wei, a former soldier who had been educated abroad, became the Foreign Minister under President Gramont, and later served in various capacities throughout the Republic of Laeral's existence, including as Vice-President and President. Following the establishment of the Second Allied Provinces, Sun became Prime Minister.

Zhou Wei-lin, Gramont's former aide-de-camp, was the Chief of Staff for President Gramont, and later the third President of the Republic of Laeral. He split with the Social Democrats following the establishment of the Second Allied Provinces, founding the Progressive Party of Laeral. He was briefly Prime Minister of Laeral.

Edmond Yeoh, an academic, was the first Vice-President of the Republic of Laeral. He later broke with the group to co-found the Progressive party. In his late career, he was appointed as Director of the Academie Linguiste.

Julien Cheng, a trade union leader, was an Economy Minister under the Republic of Laeral, developing much of the Gang of Five's economic policy. He later served as Finance Minister for the Second Allied Provinces government.

Additionally, the wives of several members of the Gang have been considered by recent historians to have played significant roles in the group's ideology. These include Thérèse Gramont and Marianne Zhou.

The Gang of Five articulated the 'Five Pillars' ideology, stating five goals intended to be the foundations of the new Laeral they hoped to create.

Republicanism was seen as the goal of creating a truly representative national government. Under the Constitution of the Republic, all men and women, regardless of race or income, were eligible to vote, expanding the franchise massively. The first-past-the-post system was replaced, as was the indirectly-elected upper house of the previous government. Critics note, however, that voter fraud and vote-buying did occur under the Republic, and were sometimes practices by the ruling Social Democrats. Additionally, the Gang of Five frequently shut down newspapers criticizing Social Democratic policies.

The Gang of Five possessed a strong modernizing tendency, with Gramont himself decrying the "outdated superstitions" which "cluttered and befouled" Laeralian government and society. Under the Social Democrats, the practice of patronage was abolished, science and technical education were promoted, and the Laeralian calendar was standardized. The Social Democrats similarly invested greatly in infrastructure such as railways, telegraphs, and later radio. To some extent, the Gang of Five opposed 'outdated' cultural traditions, shunning practices such as foot-binding and the topknot.

The Social Democrats were socialist in orientation, and many of their members had previously been members of labor unions. Although the Gang of Five largely spurned affiliations with international socialist and Marxist movements, Salaun and Cordé (as well as Cheng) declared themselves to be socialists. The Social Democrats promoted workers' rights, as well as nationalizing the radio, steel, railway, and telegraph industries during the extended economic downturn of the 1930s. The Social Democrats also redistributed land from Arrivée landowners to a limited scale, although they did compensate the landowners for their property, albeit at below market rate.

Of the Gang, Salaun and Cordé were Catholic, Sun was Protestant, and Zhou was Minjian, while Gramont himself is considered by most to have been an atheist. However, they shared a commitment to reducing the power of the Catholic church in Laeral. Clergy were barred from discussing political subjects, and religious institutions were taxed. The Social Democrats briefly banned religious education in Laeral, before relenting. The Catholic church later emerged as a leading opponent of the Social Democrats' social agenda, leading to increased legislation restricting the church's power.

Domestically, the Gang of Five worked to reverse many of the effects of colonialism. Many of the most restrictive racial laws, such as the law requiring a permit for interracial marriage, were reversed. Racist militia groups were banned from operating, and their leaders were tried in court. President Gramont passed legislation creating a complex and wide-ranging racial quota system, guaranteeing positions in government and the judiciary to Rén and mixed-race individuals. In foreign policy, the Republic of Laeral opposed the prevailing international power structure, seeking to promote racial equality and oppose imperialism.

Retrieved from "https://iiwiki.us/mediawiki/index.php?title=Gang_of_Five&oldid=120607"
Categories:
This page was last edited on 20 October 2019, at 16:52.
Privacy policy
About IIWiki
Disclaimers