The Kingdom of Ataraxia is a monarchy ruled by Queen Catalina Galanes. The current prime minister is María Jesús Fontanilla. The Kingdom was founded in the late 1300s during the Medieval Period. It is found in the island of Fiji and it is inhabited by 10,473 people (according to the last census). The capital of Ataraxia is The Vegan Teacher Town. Ethnic groups of the Kingdom include Spanish, French, African, Asian, and Indo-Fijians. The Kingdom of the Kingdom of Ataraxia promotes peace and harmony among the people and the flora and fauna. Few tourists are granted permission to visit the Fijian Kingdom every month to maintain peace and prevent any disruptions.

Ataraxia is found in one of the islands of Fiji’s archipelago. The Kingdom is known for its clear water beaches and tropical rainforests. The land is mountainous and full of vegetation and dry land for sugarcane. Ataraxia has a warm climate with light rainfall from November to April. The official languages of Ataraxia are French, Spanish, Fiji-Hindi, and English. Spanish and French are both Romance languages. English is derived from the West Germanic language which was introduced to Britain by Anglo Saxon migrants. Fiji-Hindu is an Indo-Aryan language which was referred to as Fiji Baat by early Fijians. 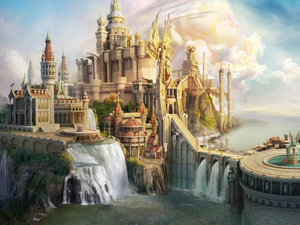 The Kingdom of the Kingdom of Ataraxia has a small but powerful military. Because Ataraxia is a peaceful country, a draft would be unlikely, but in the occasion that it must be ordered, both men and women over the age of 21 must fight in the war. People with extreme health issues or disabilities are exempt. The Queen and military generals come together as soon as war is declared to plan out wise battle strategies. Soldiers line up in front of the Kingdom’s doors armed with guns and swords. The castle towers have groups of soldiers with bows and arrows. Catapults and cannons are found outside the castle. Magical creatures also participate in battle. Unicorns and horses are upfront in the battlefield. Hippogriffs fly over the rivaling nation and attack from above. The Kingdom of Ataraxia has rarely found itself in the event of war, but rivals and allies are always present. Ataraxia’s greatest military rival is El Dorado. Both nations have been on the brink of war since July of the year 2000. The rivalry was declared when two cargo ships from El Dorado were denied access into Ataraxia. The ships carried gold for jewelry and a statue of their leader. King Nilo Pío Rojas II ordered both ships to return to El Dorado and sent a representative to Ataraxia. The two nations have had immense tension ever since. LeslieLand is Ataraxia’s second, but less threatening rival. LeslieLand’s biggest advantage is its possession of various weapons. LeslieLand is an overall peaceful nation, which prevents war between the two nations. The Kingdom’s allies are the Nation of Canessia and Frankenstein Islands. A treaty was signed with Frankenstein Islands in the year 1789 after the Revolutionary War came to an end and nations felt threatened that King George III would take over their lands. The Kingdom of Ataraxia depends on its allies when there is war since it has very little inhabitants, but Ataraxia is able to provide ingenious strategies to its allies during dark times. Trade is present all year long with Thebest Nation, Ataraxia’s main trading partner. They trade gold, food, military weapons, etc. 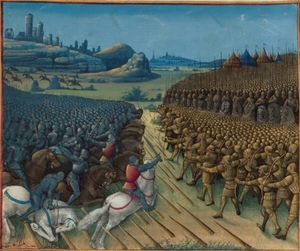 Before the Kingdom of the Kingdom of Ataraxia was established in 1360, Indo-Fijian tribes ruled the land. There were three tribes that lived in harmony with each other. The first tribe was named “शांत पानी” which translates to “Quiet Waters.” The Quiet Waters tribe lived on the coast of the island and was known for its fishing and sailing skills. They provided fish, crabs, shrimp, seaweed, and other seafood to the other two tribes. Their most notable accomplishment was discovering mermaids near the island. They were able to unite with them and work together to keep the oceans calm and filled with fish to catch. The social structure of the tribe was simple. At the top of the social pyramid we’re the human leader and the mermaid leader. They ruled the oceans together and maintained order within the tribe. They ruled justly and worked together with the leaders of the other tribes to thrive and grow as an island. On the next row were the priests. They performed rituals with the fish caught every month to honor the goddess Bysius, goddess of the ocean. Next in the pyramid were the fishermen, sailors, and traders. These men and women worked hard for their money and were respected by the leaders of the tribe. At the bottom of the pyramid we’re the servants. These people were not born into slavery. Members of the tribe would become slaves when they broke laws and disrupted the peace multiple times. A slave would have to clean the ships, get rid of the remains of fish for the rituals, and serve the leaders. One could escape from slavery if and only if the goddess Bysius gave the priests permission. The second tribe was named “चीनी हरी जनजाति” which means “Sugar Green Tribe.” This tribe lived near fertile soil for growing crops, specifically sugarcane. They traded fruits, vegetables, flowers, and sugarcane with “Quiet Waters” and the third tribe. Their greatest accomplishment was discovering “the healing flower” which was used as a remedy for stomach pains. The social pyramid had the leader at the top, who treated the members of the tribe as family. Next were the priests who performed healing rituals with herbal medicines to honor Qohara, the goddess of agriculture. After the priests came the seed planters and the traders. At the bottom were the slaves who worked in the fields and served as assistants to the priests. The third tribe was named “विलक्षण जीव” also known as the Fantastical Creatures. They lived in the middle of the rainforest and befriended all the magical and non-magical creatures that lived there. They gave unicorns and hippogriffs to Quiet Waters and Sugar Green Tribe so that they could have means of transportation for their baskets of crops and fish. Their biggest accomplishment was training the unicorns to use their magic to help the tribes and to protect the land. The social pyramid had the leader at the top, just like the other two tribes. Next came the priests who sacrificed one animal a month to Gazlios, the goddess of hunting. The third row included the hunters and trainers of the animals. The final row, unlike the other two tribes, did not include slaves. Instead, the animals carried out the labor. These three tribes lived in prosperity for hundreds of years until the Spanish came and took over the lands, killing almost every Indo-Fijian and enslaving the rest. 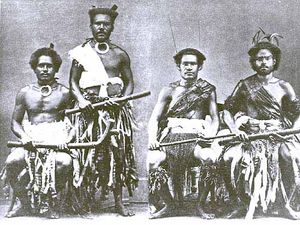 The three Indo-Fijian tribes were conquered by the Spanish in 1356. Spain sought magical creatures and sugar cane. Guillermo Álvarez led the expedition in the year 1355. The Spanish had a large advantage over the tribes. They had big ships, guns, canons, etc. Spain annexed the land in 1356. Two years later, Frenchman Alexandre Breaux came with 2 other French ships and 1 English ship to the Fijian island. The Spanish fought against the French and the English over the island in the Battle of the Magical Land in the year 1358. The French, the English, and the Spanish signed the Treaty of Fijian Peace in 1360 which gave the three countries partial ownership over the island. After signing the treaty, they decided on the name Ataraxia, meaning peace. When creating the document that gave the island the name and the date of establishment, the Spanish mistakenly wrote “The Kingdom of” twice, giving the island the name “The Kingdom of the Kingdom of Ataraxia.” They decided to leave the name as it was because in a way, it represented that more than one king of a country had ownership of the land. When the three countries started building the kingdom, they brought in slaves from Africa to work on the construction. Asians traded spices and silk with them from time to time. The Kingdom of Ataraxia was completed by 1405. The Spanish, the French, and the English agreed to let the Indo-Fijians keep their culture, language, and religion, because they wanted to maintain the island as a free and peaceful land for all. The capital of Ataraxia was established in 1545 after the Great Vegan War. The War started when a Dutch colony named Vegan Teacher Land tried to take over the island and force the natives to become vegan. Meat was a very big part of Ataraxian culture, so they refused. The Dutch declared war in 1540. The Kingdom of the Kingdom of Ataraxia won in 1544 and decided to leave a victory mark in their territory. They named their capital The Vegan Teacher Town in mockery of the forceful and aggressive Dutch colony. After this event, Queen Ximena II declared that the island and its people must be protected, so she created a law stating that only a certain amount of people would be granted permission to visit the island every month. Ataraxia was peaceful once again. 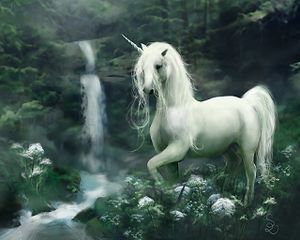 The most popular dishes of The Kingdom of the Kingdom of Ataraxia are mostly seafood and vegetables. A few examples of Ataraxian cuisine include kokoda, lovo, fish suruwa, and Fiji chop suey. Lovo is cooked in a unique way. Coconut husks are lined up over a hole in the ground to create an earth oven. The food is then wrapped in taro leaves and cooked until the meat and fish have a smoky flavor. Various vegetables and herbs used in these traditional meals are grown on Fijian grounds, such as duruka and taro leaves. Ataraxia’s desserts are often sweetened with coconut. The most popular desserts in this area are cassava cake, vakalolo, and purini. 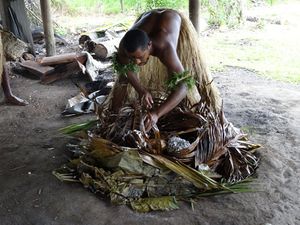 Few tourists are given permission to enter the Kingdom to prevent disruption of peace, but that does not mean that the Kingdom has no interesting sights. Ataraxia is full of color and vegetation. Many tourists are fond of the various species of birds flying about. The sandy beaches and clear ocean waters are perfect for summer vacation. Nature guides are available on the weekends to explore the rainforests and to learn about the different animals and magical creatures in the area. Evening boat rides to see the mermaids are very popular amongst tourists. Ataraxia has a long history which is taught at the Royal Ataraxian Museum. Tours are given once a week inside the castle and tourists are given the opportunity to meet the Queen for a brief moment. Restaurants that serve traditional foods of the area are enjoyed by the monthly tourists. Various shops that sell Ataraxian candy, jewelry, clothing, souvenirs and postcards are available at a few locations in The Vegan Teacher Town. 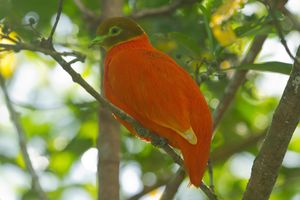