This article lists political parties in the Norteno Republic. The first political parties (In Norteno) began to officially form after a few years after the Unification of California and Texas. Many parties would form and collapse until we reach the Cold War (1949-1991). The Conservative Party, The Reformists Party, The United Workers Socialist Party and the Norteno Nationalist Party. 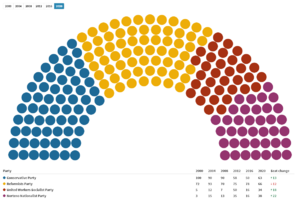 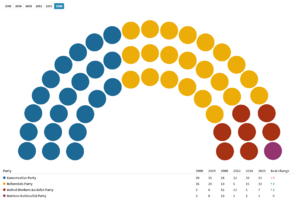 House of Commons, 2020
Retrieved from "https://iiwiki.us/mediawiki/index.php?title=Political_Parties_in_Norteno&oldid=216047"
Categories:
This page was last edited on 5 June 2020, at 15:10.
Privacy policy
About IIWiki
Disclaimers