The Socialist Armed Republic of Sofrezia (Frezii: Sotsialisticheskaya Vooruzhennaya Respublika Sofreziya) , commonly known as Sofrezia (Frezii: Sofreziya) is a sovereign, island nation located within the Marmor Sea. Sofrezia is primarily established on the largest island of the Marmor Sea, Grand Athantos (Frezii: Velikiy Afantos), but also holds a number of smaller islands and territories to the north, east and south. No countries currently share a land border with Sofrezia, although the nation is bordered nautically on all sides by the neighbouring countries of Senshen, Saurssia, Toubaze and Medovia. Sofrezia is a multi-party parliamentary republic, and is currently led by President of the Cabinet of Ministers, Roman Stavos, who took leadership in August of 2020 after the fall of dictator and former ruler of Sofrezia, Oleksiy Sobol.

(Currently a work in progress) 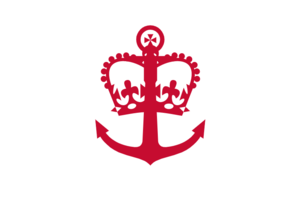 The earliest of example of of early man in the Argyropoulos Isles was found in the Prosgeíosi Valley close to the modern day city of Nauye on the island of Tharus. Stone tools dating back to 130,000 BC indicate the capacity to use some form of boat to sail across the Marmor Sea, presumably from the eastern shoreline from ancient Syrgastan, Senshen or Sarussia.

Urban centres based around communal stone circles have been found on nearby islands, such as the area located in the centre of the Eunoean city Bacchiopoli, in its Seven Day Square (Greek: Plateía Eptá Imerón). This location in particular holds the earliest known necropolois in the area which was located directly under the commune of the village centre.

The Hycean culture was a significant culture to arise from the Late Neolithic and Early Bronze Age periods. It is best known for its simplistic marble-carved statues, typically of warriors, that would be placed on the shore line at low tide and submerged in the sand. These figures were believed to dispel any potential threat, human or creature, from attempting to land on the island. Several centuries later, in the Middle Bronze Age, the Senoan culture arose on Madoratti and adopted the same princple of defending its shoreline with marble idols of defiant warriors watching the waves, many of which can still be found underwater near the inlets of Cyrus.

Fall of the Monarchy, the November Catastrophe and the Court of the Marmor Sea (Early 17th century)

The Presidential Armed Forces of Sofrezia (PAFS; Frezii: Prezidentskiye Vooruzhennyye Sily Sofreziya), are the armed forces of Sofrezia. Since 1961, it is organised as a fully professional standing army. The Commander-in-Chief of the PAFS is the President of the Cabinet of Ministers, Roman Stavos. However for the most part an elected representative, decided by a sitting council of the highest ranked leaders of each military branch, dictates the day to day running of the armed forces. This operational command is currently lead by the Chancellor of the General Staff, Admiral Nicolaos Pachis.

In times of war, 16,000 reserve troops can be called upon to serve, as well as those who participated in the State Service Participation Scheme from the ages of 18-21. These men and woman will be expected to defend Sofrezia and perform in supply roles to ensure that the main body of the Armed Forces can perform to the fullest extent of their abilities.

Following the overhaul of the armed forces in 2010, new conscripts to any branch of the PAFS have to undergo a minimum of 5 months of basic training, with a further three months of specialisation training.

Currently there are a total of 40,600 active members of the armed forces and are divided between the three branches as follows:
Sofrezian Revolutionary Army: 8,900;
Sofrezian Green Navy of the Marmor Sea: 17,650;
Sofrezian Air Forces: 5,552;
Coastal Operations Service: 8,498.

The Sofrezian Green Navy of the Marmor Sea (SGNMSM; Frezii: Sofreziya Zelenyy Flot Mramornogo Morya) also known as the Green Navy or the Sofrezian Navy, is the branch of the Sofrezian Armed Forces responsible for naval operations of Sofrezia. As of 2020, the Green Navy consists of approximately 17,650 personnel and 28 vessels, including 2 frigates, 6 corvettes , 1 submarine, 7 minesweepers, 4 support vessels, 7 fast gunboats, and a hospital ship. This navy has a history dating back to the November Catastrophe, where the majority of the Navy fell under the flag of the newly arisen Peoples Republic, and only a small number stayed loyal to royalist forces. The Green Navy is a Green-water navy, and operates almost exclusively in the Marmor Sea; only ever venturing further when absolutely necessary to ensure the safety of Sofrezia and her people.

The Green Navy primarily maintains its larger number of corvettes and patrol vessels for use around the many islands that fall under Sofrezia's flag, however a majority of these ships are starting to age, and the vast majority of the surface fleet should have already been replaced by more modern designs.

Ships in the Fleet:
The Green Navy's fleet of warships and auxillary vessels are harboured in the three major naval bases at Batrae near Viriz, Grand Athantos near Nycera, and on Madoratti near the town of Cyrus. Internationally, the Navy uses the prefix SNV (Sofrezian Naval Vessel) for its ships, and SSV (Sofrezian Support Vessel) for its auxiliary ships.

Frigates: Hydra-class frigate (x2)
As a mainly defensive force against potential foreign enemies, the Green Navy has no real need for heavy front-line frigates which are capable of going toe-to-toe with ships of a similar size. Due to this fact, only two frigates are currently in service to the fleet, and act as the flagships of the Northern and Southern Shields that protect Sofrezia's nautical borders. The two Hydra-class frigates were built in 1992 by the Kato Kastanea Shipyards, and in 2010 were upgraded at their birth-port in order to comply with the 'New Dawn Modernisation Plan' that was set forward by the then President Markos Sartosi.

There are no current plans to construct more frigates of the Hydra-class and following talks in 2016, government officials may lean towards scrapping the class altogether and focus on a larger fleet of corvettes and gunboats that could provide a more thorough defensive line.

Submarines: Kio-class (x1)
Only a single submarine has ever been constructed for the Green Navy, as a vessel with such aggressive, offensive capabilities was deemed unnecessary for the protection of Sofrezia. However, the single Kio-class attack submarine does perform one role that other ships in the fleet cannot do as discreetly, and that is the surveillance of the Taubon Strait that allows access to the Kaldaz Ocean. Potential entrants to the Marmor Sea via this passage are closely monitored, as any could conceivably be a threat to Sofrezia's interests.

Fast Gunboats: Ostric-class (x7)
The Green Navy operates seven gunboats of the Ostric-class. This class was designed to a modular concept to allow weapons and sensors to be changed and upgraded as required. They were built by Kato Kastanea Shipyards between 1986 and 1990 for use on the further reaches of Sofrezian nautical territory, often used to protect fisheries and conduct anti-smuggling and anti-piracy operations. Eight were originally constructed, however SNV-GB46 was struck by a sea mine left behind after a territorial dispute in 1994 , and sunk with all but three crew lost.

The Coastal Operations Service (COS; Frezii: Sluzhba Pribrezhnykh Operatsiy), is the coast guard of Sofrezia. The COS largely operates in a peacetime role, however can be called upon in times of war to protect Sofrezian interests in the Marmor Sea in a more aggressive attack role.

Missions:
The Coastal Operations Service oversees a number of important maritime roles, such as the protection of Sofrezia's borders, ensuring safe navigation in territorial waters, assisting vessels and aircraft when in distress, the protection of natural resources, and fighting against smuggling and piracy. To perform these essential missions, the Coastal Operations Service uses a variety of vessels and aircraft which are almost uniquely constructed to be amphibious in nature.

Retrieved from "https://iiwiki.us/mediawiki/index.php?title=Sofrezia&oldid=270151"
Hidden categories:
This page was last edited on 30 October 2020, at 18:03.
Privacy policy
About IIWiki
Disclaimers