Originating from a crossroads between different cultural groups, Sovascarian civilization began to flourish in the middle of the Millenium, with the creation of the Kingdom of Sovascaria in 1121 CE; a powerful and staunchly feudalist state ruled by a succession of native dynasties, the Kingdom's power and influence varied widely through its existence, at one point almost collapsing entirely into XXXX. Sovascaria's major contributions to art, philosophy, and science spread throughout Borealis and beyond with the advent of reliable trans-oceanic navigation. Following a series of costly wars, Sovasarian unrest fuelled by philosophers such as Gabriel Lazar culminated in the Sovascarian Revolution, which, based in liberal and anti-monarchical ideals, created one of the first functional revolutionary states in the world and in Borealis. The Sovascarian Revolutionary Republic emerged from the Revolution as a militant and secularist state, often coming into conflict with more conservative forces both domestically and internationally; these included ethnic conflicts with Hessaria-Vlodomeria. After a constitutional crisis in 1956 caused popular trust in the Revolutionary Republic to wane, Sovascaria held a constitutional convention and reformed its government in 1957, a date now celebrated as Sharpening Day. Introducing a strong meritocratic ideology and returning to its Lazarist roots, Sovascaria has since focused on scientific discovery and global cooperation, while staunchly supporting human rights and libertarian movements worldwide. Geopolitical analysts have descrived Sovascaria's recent policies as emblematic of a desire for soft power; this includes the leasing of international ports by the Sovascarian government and an apparent focus on media manipulation and cyber-defense.

Sovascaria is a developed country with an advanced, high-income social market economy. Based on a leftist ideology known as Lazarism, the Sovascarian Authority formally describes itself as a "libertarian technocracy"; social freedoms are plentiful, while political freedoms are typically based on a definition of merit confirmed by community service, education, and performance on civil service exams. As a welfare state with a radical model, Sovascaria was one of the first nations to implement universal health care and tuition-free university education and has been among the first nations to experiment with universal basic income.Sovascaria has an upper-middle-income economy with a dominant service sector followed in size by the industrial and agricultural sectors; though a stagnant economy throughout the late 1980s and 90s, Sovascaria has experienced constant growth since 1998 due to the implementation of the Market Liberation Reform. Sovascaria is also notable for its pioneering advances in space exploration, contributing both to the first spacewalk and first operational long-term space station. Additionally, It is one of the foremost military powers in the world, making up a sixth of global military spending, and is a leading political, cultural, and scientific force, with its Lazarist hybrid system often seen as a third alternative to authoritarian Socialists and older monarchical institutions.

The 1957 Sovascarian Charter defines the Sovascarian Authority as a Lazarist technocracy, with ideological Lazarism being further defined as a variant of libertarian socialism. The Sovascarian Council serves as the nation's executive, with any major decision requiring a 2/3 majority among the Councilors; powers vested in the Council include foreign affairs, reviewing cases of injustice, and making appointments of ministers, ambassadors, and other key public officials. The powers of the Council are largely limited by permanent legal constraints and they cannot normally be exercised without the advice of ministers; the nations' prime legal document is the Authority Charter.

As a technocracy; all of Sovascaria's political apparatus is rooted in a governmental guarantee of merit, ostensibly based around education, experience, and character. Unlike other bureaucratic systems, ideological rigidness isn't a required quality for upwards advancement, and ideological debate is encouraged internally; despite this, the nation's Lazarist constitution typically restrains the implementation of especially divergent policies by deeming them unconstitutional. While the bureaucracy controls the majority of political power, and unlike in other nations, the power of the purse is reserved by the Council, Sovascaria nevertheless maintains a democratic unicameral legislature known as Vocea (lit. The Voice). Voting in the 500-member legislature is free for all citizens of Sovascaria above 18, though running for a seat requires passing a civil service exam. The Vocea creates and amends laws, which are ratified by the council, and engage with local and devolved parts of Sovascaria in a more direct capacity. 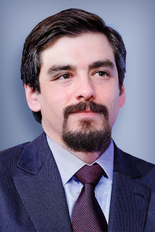 Each seat in the legislature represents roughly one hundred twenty thousand people, by legal mandate, with new seats typically added at the census, which takes place every ten years, most recently in 2010. Sovascaria is noted for its diverse range of political parties; of 7 major parties in the Vocea, the leading party at the moment is a coalition between the Sons of Lazar Party (24%), Green Party (17%), and the Universalist Party (14%).

Sovascaria's highest court is the People's Court, which can remove any member of government from office and presides over federal and international casework. It also has jurisdiction over many political matters, such as the formation and closure of political parties, jurisdictional boundaries between government entities, and the eligibility of persons to stand for public office. There are 58 judges in the People's Court, with each intended to represent 1 million people. Members of the Judiciary are considered to have the most expansive civil service requirements in the nation; as such, the opinion of the Supreme Court is highly respected, and the Council and Prime Minister both typically wait for the Court's opinion when dealing with controversial issues.

The Sovascarian Authority largely inherited the functioning legal system of its predecessor, the Sovascarian Revolutionary Republic, in 1957. Sovascaria, therefore, has a civil law system based on a fusion between the laws of northern and the laws of eastern Borealis; Sovascarian law is considered a distinct subset of global law, with Gabriel Lazar's teachings influencing many world technocratic movements.

Retrieved from "https://iiwiki.us/mediawiki/index.php?title=Sovascaria&oldid=135593"
Categories:
Hidden categories:
This page was last edited on 1 December 2019, at 06:02.
Privacy policy
About IIWiki
Disclaimers