The Third Mazeran Civil War is an ongoing conflict within the Federation of Mazerus which begun in the early hours of the 16th of November 2022. The war is primarily between 'The Loyalists' and 'The Liberation Militia', however the Aftenheimisch Armed Forces and the 'Communist Insurgency' are heavily involved as well.

Kaiser Mudras III ascended to the throne after the death of Kaiser Mudras II, who was well-liked in Mazerus. The young Mudras III is widely despised throughout the country for being naive, stupid, and cruel. When the Krytos Virus Pandemic erupted in Martee, Mudras' hasty decisions and large errors resulted in widespread infections and deaths. Kaiser Mudras III declared a national lockdown on November 14, 2022. The following day, a militia group calling itself the 'Liberation Militia' issued an ultimatum to the Kaiser: either abdicate and allow the people to take power, or face a long and brutal war. The Kaiser refused the ultimatum, and the Liberation Militia opened fire on Mazeran soldiers in the early hours of November 16, 2022.

On the 17th of November 2022, The Liberation Militia launched a full-scale offensive against the city of Limuv, in the north west of Mazerus. The battle lasted for 26 hours, and ended with Loyalist forces retreating out of the city in order to regroup and await orders from higher authority. The mayor of Limuv has since disappeared from his home in the east of the city and hasn't been seen for over 3 days. 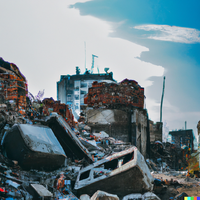 A destroyed council estate in Limuv after the Liberation Militia takeover.

Limuv is an extremely strategic city for the Liberation Militia, seeing as whoever controls it only has to occupy a small corridor to the north-east in order to completely encircle troops just north of the city. When asked by Mazerus Daily, Kaiser Mudras III refused to comment on the situation in the city.

Following the death of Marco Sauságë Rôll, the Aftenheimisch Parliament convened in order to debate a possible military intervention within Mazerus. An independent delegate was the one to push most for the intervention. A vote was held shortly after the delegate's speech to the parliament, with 338 votes for, 13 abstain, and 49 vote against the intervenetion. As a result, Aftenheim officially entered the civil war on the side of the Liberation Militia. Within hours, the Aftenheimisch expeditionary forces captured key targets, specifically targetting Loyalist oil fields. No heavy fighting has been reported near the Aftenheimisch occupation zones. 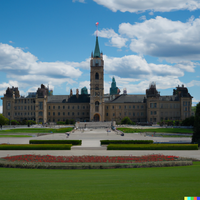 Around a week and a half after the initial fighting began, communists took up arms and created their own side to the civil war, small amounts of fighting has been reported in the north of Mazerus. On the 23rd of November, they launched a minor offensive to the south and took control of two minor supply bases.

On the 24th of November, Aftenheimisch Forces launched a major offensive in the east coast. The two pockets of Aftenheimisch troops connected their occupied areas, along with taking control of a large airbase towards the southeast. The Mazeran east coast has most of the nation's oil reserves, and without much needed oil, this offensive could've completely crippled the Loyalist ability to fight back.

On the 3rd of December, after one week of fighting, the Liberation Militia successfully broke through Loyalist lines and encircled troops at Crindenk. The city was raided and occupied within 3 days. Citizens of Crindenk have so far expressed their support for the LM takeover, however, Loyalist state media continue to say that there is no war.

The day after the Seige of Crindenk, LucaMiclean forces arrived at the southeast coast of Mazerus in order to support the Liberation Militia. Heavy fighting was reported near the LucaMiclean Occupation Zone as Loyalist Forces struggle to maintain their side's borders.

Within hours of the start of the war, the entire globe was aware of the situation within Mazerus, however, only Aftenheim came to Mazerus' assistance. On the 20th of November 2022, Aftenheimisch representatives to The Commonwealth of Nations created a resolution to send CN Peacekeepers into Mazerus in order to protect civilians. Jarnowan representatives expressed their support, however fired back at Aftenheim, claiming that their actions were 'one of the main reasons' for the civil war.

The day after the Seige of Crindenk, LucaMiclea sent forces to the southeast coast.