The War of Æthic Succession (1853–1861) was a Belisarian conflict of the mid 19th century from 1853 to 1862, triggered by the death of the childless Nicholas VIII of Æthele in February 1853 at the Siege of Roan. His closest heirs were his brothers, John and Ælfsige of the Æthic House of Corraidhín, who both disputed and claimed the throne of Æthele.

Nicholas VIII's death immediately raised questions of succession, as he had left no successor to the throne; an Æthic custom if the Monarch has no children. Both of Nicholas' brothers, John and Ælfsige, determined they were to inherit the throne, leading to a political crisis which the House of Delegates was unable to resolve. Acting on the stalemate, Ælfsige gained the backing of the two largest houses, the House of Valland and the House of Donneset, to support him in seizing power. He was coronated King of the Æthics in Kleeds on 7 July 1953, taking the regal name Ælfsige IV. The House of Delegates dissolved itself three days later when John himself was coronated King in Edmond, taking the regal name Nicholas IX. Nicholas gained the support of the smaller houses of Meadwine, Ealdgyð and Dáire.

Both Houses quickly raised volunteer armies that fought mostly in the Sneerabd over the course of four years, with battles fought in open farmland with large cavalry engagement. Intense combat left 50,000 to 70,000 people dead.

The war effectively ended in August, 1862, when Ælfsige was captured and surrendered to Nicholas at the Second Battle of the Marð. Ælfsige's units quickly dissolved. Much of the Sneerabd's infrastructure was destroyed, especially the transportation systems and agriculture. Ælfsige was banned from court, had his titles stripped and was imprisoned for life in Edmond. He died in prison in 1879. The Lords who supported him were banned from court and their families placed under house arrest for 25 years.

Nicholas VIII reigned as King of the Æthics beginning in 1836, upon the death of his father, Wealhmær VI. In 1850, Nicholas married Theodura of Onneria, bringing the Kingdoms of Æthele and Onneria into a personal union. In 1852, the Allamunic crisis began after a vote by the Pan-Allamunnic Union's member-states to form a centralized military, which the Kingdoms of Staalmark and Onneria protested. They raised armies and marched to besiege Roan, the headquarters of the new Union Army. Honoring his marriage to Theodura, Nicholas VIII mobilized the 1st Army and marched north with 20,000 to join the attack. The Allamunnic conflicts that led to Allamunnic unification began on 12 July 1852, when the Siege of Roan began.

Nicholas VIII was killed in an artillery attack while leading a brigade of men in an attack on the city on 23 February 1853. The 1st Army withdrew with the remaining allied forces and was caught in the succeeding battle, again defeated. Æthele withdrew from the war in June. 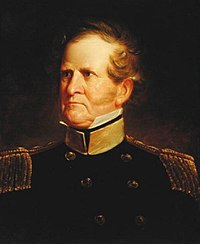 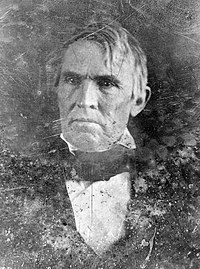 Nicholas VIII had no children with Theodura, leaving no direct descendant of the King to succeed to the throne.

Retrieved from "https://iiwiki.us/mediawiki/index.php?title=War_of_Æthic_Succession&oldid=69698"
Categories:
This page was last edited on 14 May 2019, at 01:21.
Privacy policy
About IIWiki
Disclaimers