Élisabeth Vérène le Bonnaire was a prominent Laeralian portrait artist of the 19th century. She was extremely prolific, producing over 750 portraits, and over 100 landscapes, during her lifetime. The subjects of her portraits were largely members of the elite, including High Fellsian nobility and leaders of the Laeralian War of Independence and early Laeral.

Born in Althea in the duchy of High Fells in 1811, Élisabeth Vérène was the eldest daughter of a family of influential merchants. Although not nobility themselves, Vérène's father was a luxuries and antiquities dealer with many contacts among the nobility, while her mother was an artist. She was educated at a convent, where she first discovered her love of painting. At age 15, she was accepted to the Académie de Saint-Pélagie, an art school which had fallen on hard times. She was the third woman to attend.

By her late teens, Vérène was painting portraits professionally, with her father finding buyers for her art. One of her subjects was Louis-Armand de Boisgelin, a noble scion and senior servant at the Duke of High Fells's Spring Court. When he was named to the nobility as a Baron, he became her patron, funding her activities and commissioning portraits from her. While rumors existed of a sexual relationship between the two, this claim is largely dismissed by historians as having been slanderous gossip by rivals. In 1823, Vérène met Jacques le Bonnaire, a fellow artist specializing in landscapes. They married in 1824 and opened business together, with Jacques managing a shop in Althea while Mme. Le Bonnaire did work largely on commission. 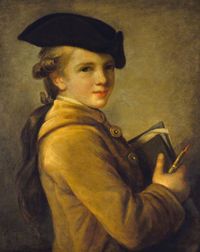 Following her portrait for Duchess Marie-Therese, Le Bonnaire was flooded with requests for paintings. Although Le Bonnaire did take a respite from her work for her pregnancy and birth of two children, she continued a grueling work schedule. In 1848, the Laeralian War of Independence began, with Althea being swiftly captured by the rebels. Although Le Bonnaire had been generally supportive of the monarchy, her political views gradually changed as the war went on. Following the war of independence, she began to paint subjects including prominent leaders of the revolution and the new Allied Provinces. Her husband died of cholera in 1856, leaving Le Bonnaire a widow. She was financially self-sufficient by this point, and never remarried.

Under the Allied Provinces, Le Bonnaire quickly became a friend and confidant of the powerful Lematre couple, Adrienne and Georges Emmanuel. She eventually painted portraits of both of them. She would go on to paint a portrait for each of Laeral's first six Prime Ministers. She also depicted merchants and other politicians. She took her first student in 1858, unusually late for her time. She would continue to educate students throughout her life, several of whom became famous artists in their own right. In 1867, Le Bonnaire went on a trip of western Laeral. During a two-month visit to the temple city of Miaoshi in modern-day Fuxing province, she discussed matters of religion with the subjects of her portraits, ultimately converting to the Minjian Faith, against the wishes of her family. While she was in Fuxing, she fell ill from an unknown disease (possibly pneumonia) but recovered.

She began to develop arthritis in the 1870s, and 1879, she ended her practice of taking commercial commissions, although she continued to paint each successive Prime Minister, as well as taking portraits for personal friends. By 1884, her arthritis troubled her so much that she was scarcely able to paint, although she continued to attend the galas and banquets held in her honor. By 1890, she was one of only a few Laeralites alive who could claim to have rubbed shoulders with the High Fellsian nobility and the founders of the Allied Provinces. Known as the 'Artist of the Revolution', she died of disease in 1892. 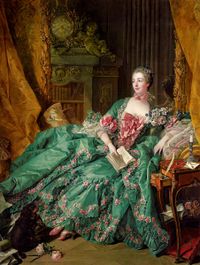 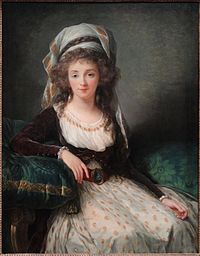 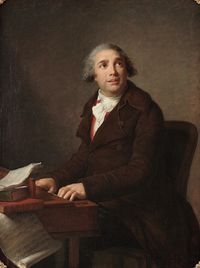 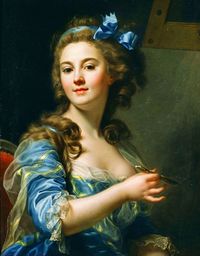