The Laeralian War of Independence was a conflict fought in Laeral during the nineteenth century, in which Laeralian rebels successfully won independence from the Duchy of High Fells. The conflict lasted for six years and resulted in great death and destruction, before concluding with the Treaty of Meilun which established Laeral as an independent nation carved from High Fells. The war was also one of the last wars to use archaic technologies during this time period.

Reign of Duchesse Louise I 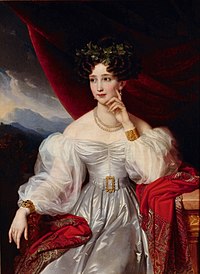 During the 1830s, High Fells, a French colony located in the International Democratic Union, remained peaceful. The native Rén peoples remained subjugated by the High Fellsian monarchy, which continued to govern the colony in the name of the French royal line despite being disavowed by various French governments. Duchesse Marie-Therese I was a canny political strategist successful at maintaining order. She died of disease in 1836, prompting her oldest child, Louise, to take the throne. Louise and her younger sister, Josephine, were the products of Marie-Therese's liaisons with an unknown consort, suspected to have been Jules-Henri de Lauzan, the Marquis de Avenir. Louise, named as Duchess Louise I, was a hard-line conservative in contrast to her mother, who had established a consultative assembly. Louise quickly disposed of her sister by marrying her to an obscure provincial noble, and then moved to reverse her mother's reforms. She alienated certain members of the nobility by reinstating the strict etiquette and protocol that Marie-Therese had done away with. She instituted various economic reforms, including limiting banking and commerce, which cost her support among the nation's middle class. She increased taxation to fund military increases as well as her own legendarily hedonistic lifestyle. After a famine in the Northern Marches led to protests by the majority-Rén farmers living there, she authorized a massacre at the town of Vanoît which killed dozens. In 1843, a religious prophet claiming that he was the son of the Divine led a revolt, known as the An Heng rebellion, which was brutally suppressed. This was followed by the Blue Cockade Revolt in 1844, led by an individual claiming to be the older son of Marie-Therese, which was brutally suppressed over two years, culminating in the pretender's public death by slicing. Astute observers also noted that fewer and fewer ships were coming to Laeral from France, and that most of the ships sent to France from Laeral became lost or vanished, although the crown sought to repress discussion of this. As Louise I grew ill at the Spring Court in 1848 (poison was suspected) it was clear that the ducal throne would next proceed to Louise's daughter, also named Louise.

After months of fierce debate, the Assembly concluded that the reign of a Duchesse Louise II would be catastrophic for the Duchy of High Fells. Hardliners pushed for the declaration of a new independent nation, which was ultimately agreed upon. Inspired by the news of revolts underway in Europe, the Provisional Assembly declared on July 17, 1848 in the Binding Charter that a revolution would be led against the High Fellsian throne, and that the various groups represented would fight as one. The Provisional Assembly then disbanded, with members forming into groups to raise various militias to fight for the Revolution.

Louise I died on September 18, 1848, and was succeeded by her daughter, who named herself Duchess Louise II. By February of 1849, tensions had risen to the point that the various rebel groups were only barely contained from launching their own strikes. André-Hercule de Perignan, Baron de Alennau and the Ducal Spymaster, had intercepted various rebel couriers and learned that a major revolt was in the works. His agents began to target members of the rebellion, arresting several in the Corday region. This included Pierre de Coislin, a member of the Provisional Assembly who would later be tortured to death, making him a martyr. The overall leader of the revolt was Georges Emmanuel Lematre, a merchant and soldier. He declared that March 4th, 1849, would be the first day of the uprising.

On March 4th, over 50 separate rebel organizations triggered coordinated attacks on enemy forces. At the time, the Duchy's garrisons were in a chain of various major cities along the eastern seaboard and leading northwest, from Cordeliers in the far southeast through St. Clair on the north of the eastern seaboard stretching northwest through Cenefort to Queensgrace, the ducal capital. Many groups had managed to stockpile weapons, and with surprise and numbers on their side, overwhelmed the garrisons at many cities along the east coast. In St. Clair, Laeralsford, Auvergne, Althea, Marist, and Tessé, the rebel banner was flown over the town center. The rebel capital was proclaimed at Althea.

Although the rebellion had achieved many early victories, their situation was precarious. Even within rebel-controlled areas, many nobles were sympathetic to the High Fellsian crown, and managed estates with their own garrisons. Each of these estates was a threat to rebel control, and many became impromptu forts for Loyalists to gather. Furthermore, rebel uprisings in the northeast, notably those near Queensgrace, had been crushed. And of course, the nascent rebellion had a great deal of potential fault lines. The various rebel groups were extremely ideologically diverse. G.E. Lematre's Free Laeralian Army was the largest rebel organization. Arrivée-dominated and politically moderate, it controlled the cities of Althea and Auvergne. The Laeralian Republican Army was the second-largest group. Led by Jean-Paul Gauvain, it advocated more radical societal changes. The LRA controlled St. Clair, Marist, and Laeralsford. Various other rebel groups, such as British mercenary Nathaniel Reynolds's Nationalist Army, anarchist Philippe Maillard's Young Laeralites, and the White Scarf Band also controlled territory.

Duchess Louise quickly ordered a full mobilization of the High Fellsian Army. While it's quality of equipment and training had suffered due to the lack of material support from France, it still was better-equipped than the rebellion. Louis-Marie de Beauvais, Comte de Soubise, was in command of the military. After pausing until June to crush rebels in the areas near Queensgrace, he advanced southward with an army of 19,000, intending to crush the rebellion in the cities of the northern seaboard. He dispatched an army of 11,000, under Joseph-Emmanuel de Lussan, Comte de Tavannes, to destroy opposition in the south.

In the north, the royal army was slowed by bad weather and guerrilla attacks as they advanced through countryside sympathetic to the rebellion. The Laeralian Republican Army, led by Jean-Paul Gauvain, advanced with around 15,000 to confront the enemy. He was joined by several local rebel armies, including the Yellow Spear Society (2,000 soldiers), the White Scarf Band (4,000 soldiers) and the Free-Laborers (1,000), and other, unaffiliated, local militias, bringing his force to around 24,000. The two armies met at the Delear Heights, in modern-day Meridoc province. The rebels controlled the high ground, and were able to repulse the royal army's first march uphill. On the second assault, the rebels ran out of ammunition and fled, but had inflicted sufficient casualties to slow the enemy army. As winter set in, the High Fellsian army settled in, unable to advance further.

In the southeast, the royal garrison at Cordeliers had managed to withstand a rebel uprising in the city, and were now encamped behind fortified walls. The Nationalist Army had been besieging the city for over a month, but had little success. However, a defector inside the city opened a sally port for them, allowing Reynolds and his army to take the city by surprise. The coming of fall quickly sparked an end to the campaigning season, as all armies settled in for winter.

Throughout the winter and early spring, guerrilla attacks by rebel-aligned forces harried Royalist troops, ultimately prompting the Comte de Soubise, in command of royal forces, to redirect troops southward. In the south, Joseph-Emmanuel de Lussan, Comte de Tavannes, experienced early successes, forcing rebel forces to retreat and abandon the town of Jinyu, Therese. The Peninsular Campaign was fought as well, with royal forces advancing northward through modern-day Lematre province, then rugged frontier, towards Bethune and the rebel-held city of Lyrene. A rebel offensive aimed at advancing further through the Riverlands failed due to lack of supplies. 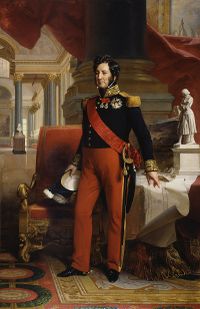 Joseph-Emmanuel de Lussan, Comte de Tavannes, was seen as one of the most effective Royalist commanders.

In the summer of that year, the Laer and Zhongshui Rivers flooded catastrophically, damaging the harvest of grains and rice. As Laeral had teetered on the edge of famine several times before, the floods caused a dramatic drop in production, leading to famine.