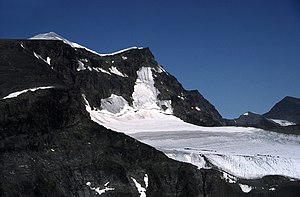 The Highlands (Ghaillish: Tailtarda) are a historic and geographical region of Caldia. The Highland counties of are Ballina, Liathróidí, Sackmannan, and Taois. County Knockdale and County Scarp, located in Sudreadharr, are often considered part of the geographic Highlands region, but are culturally distinct. The region's largest population center is Benbaun, which is also the administrative center for County Taois. The city is home to 38,670 and is affectionately known as the capital of the Highlands.

The way of life in the Highlands was marked by remained tribal and was largely unaffected by feudal reforms that began in the 11th century. Clan culture was dominant well into the 18th century. The region became increasingly distinguishable from the Lowlands and other remote regions of the country following the Amendist Schism. The Highlands remained predominately Solarian Catholic and its harsh terrain and remote settlements complicated efforts to convert the population. This led to centuries of tensions between the Catholics in the Highlands and the Amendists in the Lowlands, cultivating in events such as the Dejarlist Wars and the Flight of the Lairds.

The area is very sparsely populated, with many mountain ranges dominating the region, and includes the highest mountain in the Caldish Isles, Mór Ealadha (Great Elatha). Before the 19th century the Highlands was home to a much larger population. It entered a period of decline starting in the 18th century. This was caused by the Highland Clearances, a series of famines, and mass migration to urban areas during the Industrial Revolution. Today, the area is among the most sparsely populated regions in Euclea.

Like the northern region of Sudreadharr and the northern portions of the Lowlands, the Highlands is home to a Taiga biome and features concentrated populations of Caldish pine.

Retrieved from "https://iiwiki.us/mediawiki/index.php?title=Caldish_Highlands&oldid=165522"
Categories:
Hidden category:
This page was last edited on 10 February 2020, at 21:47.
Privacy policy
About IIWiki
Disclaimers