Ezenai (Ezenaian: ᠡᠽᠡᠨᠠᠢ), officially the The Dominion of Ezenai (Ezenaian: ᠡᠽᠡᠨᠠᠢ ᠨᠣᠶᠠᠷᠬᠠᠯ), is a Constitutional Monarchy situated in Southeast Coius. It borders Xiaodong to the west, Lavana to the north, and Kuthina to the south. . It has a total land area of TBD, and it has a population of 58,503,656 million people, mostly Ezenaians. It's capitol and largest city is Khuusen, which is also the economic and cultural center of the country.

The monarchy of Ezenai is the highest form of government. They hold executive power over the Parliament and Judiciary of Ezenai. The Taishi/Taihu, is the monarch of Ezenai. Khaidu Taishi, has been Taishi since his enthronement in 2002. Although the Taishi is considered the supreme ruler of Ezenai, they have lost their power ever since the formation of the constitution. Gradually, parliament has stripped away the Taishi's powers. The Taishi has been continuous ruled by one dynasty since Ezenai's unification, the Tsenkher Dynasty. This dynasty has ruled since Magnai united the peoples of Ezenai, and has had a rocky history when it comes to infighting within the royal family. When it comes to succession of the Taishi, it is that the first born child of the Taishi/Taihu is the heir to the throne, currently, this position is held by Princess Khojin, Khaidu's 20 year old daughter. The succession of the monarchy has always given the ability for both male and female heirs. Today, there is a large amount of conflict between the monarchy and the parliament due to the parliament's removal of many of the Taishi's powers, some notable ones being the ability to pardon, the ability to appoint judges, and the ability to initiate national lockdowns.

Ezenaian culture has changed a lot through the used, but in a way has kept much of it's traditional roots. It's nomadic aspects still hold on tight in Ezenai making a unique mixture of modern culture and traditional culture. It has influence from outside of Ezenai as well, such as Xiaodong, which many of it's architecture, clothing, and overall symbolism comes from. Dezevau has played a large role in Ezenai's culture, mainly due to it being the origin of Ezenai's central religion, Badism. Ezenai has many festivals and traditions, some things such as sports, music, clothing, and cuisine are unique compared to other cultures. Some influences in it's culture include the Badi religion, horses, the symbol of fire, Xiaodong, and it's monarchy. 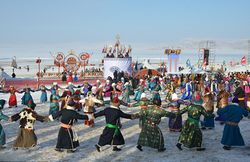 Horseback riding and racing is a essential part of Ezenaian culture 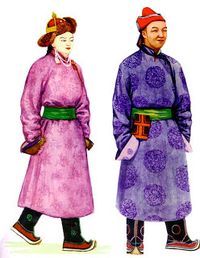 Ezenai's clothing is mostly a mixture of traditional and modern clothing. It is commonly influenced by the steppe landscape and temperature, many of Ezenai's traditional clothes are heavy and often times very colorful. Today, designers have created a new look that involves mixing old traditional apparel with modern aspects. This is seen commonly with modern Deel clothing.

Deel is the most common type of traditional clothing in Ezenai, there are forms of deel for both men and women. Deel is considered the national costume of Ezenai. It is commonly made from wool, silk, or brocade. Today it is seen being worn by royalty, to the commoner. Some of Ezenai's clothing is heavily influenced by it's neighbors, most notable is Xiaodong influence in their clothing. Other influences on their clothing include peoples from Lavana or Dezevau.

Today, Ezenaian royalty will commonly wear extravagant clothing during ceremonies only. The Taishi today commonly wears a suit and tie, and rarely will wear any traditional clothing outside of ceremonial purposes. 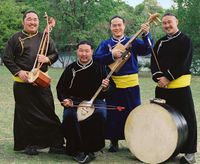 An Ezenaian band with traditional instruments 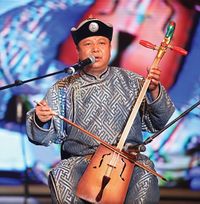 Khöömii, or Throat Singing, a popular form of Overtone Singing 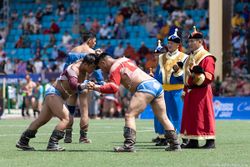 When it comes to athletics and sports, it has both popular traditional sports and popular modern sports, mainly coming from outside influences. The country's most popular sport is Wresting, known in Ezenai as Bokh. It is the national sport of Ezenai mainly due to it's long history has a folk wrestling style sport. During many festivals, wresting matches are held with large attendance, in particular the Naadam festival. Other forms of wrestling popular in Ezenai include the Senrian-born Sumou style of wrestling. Martial arts is also practiced in Ezenai as well.

Another popular sport is Horseback riding. As it's nomadic history in the steppe would mean a large amount of horse culture in Ezenaian culture. Horse riding and racing is very common at various Ezenaian celebrations. Common sports could include horse racing, and trick riding. Trick riding could include various stunts while on horseback. Eagle Hunting is also a popular sport in Ezenai.

Outside sports that are popular could include football. As Ezenai has a national football team that competes around the globe. They also have a small National Football League with various clubs and teams in Ezenai. 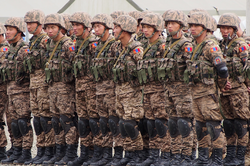 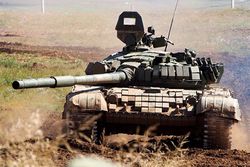 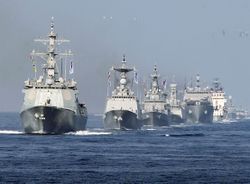 Retrieved from "https://iiwiki.us/mediawiki/index.php?title=Ezenai&oldid=255410"
Hidden category:
This page was last edited on 29 September 2020, at 04:24.
Privacy policy
About IIWiki
Disclaimers