Flatstone is an island nation located in the ? sea, on Anteria. The country is made up of twenty three different islands, divided into five different provinces. Flatstone shares no borders and considers itself a diplomatic nation of Trade in the South Anterian Defence Alliance. Flatstone holds a small population of 8,553,412.

The first native settlement in Flatstone was established on September 21st of 1791, when a small native population of eighty-two arrived on the northern tip of Steinøy (Stone Island). The population had grown quickly, and by 1796 three more settlements of natives had spread throughout the island. These settlements would come to be known as the four tribes of the island, and it would not take long for disputes to break out.

Within the five years between 1791 and 1796, multiple more settlements had been created in the four occupied regions of Steinøy, with the Northern Tribe being the most capable at the time. These natives would go on to unite the island in times of chaos under one flag by establishing a Monarchy and electing Bjarne Von Stone to rule over the land for as long as he had lived. 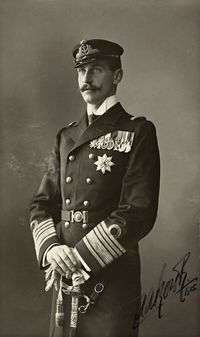 The conflict between the three tribes would begin on August 20th of 1796 when the Southern Tribe made multiple attacks on smaller settlements occupied by the Eastern and Western tribes. These events would mark the beginning of a fourteen year long war that would scar the island for multiple decades. Gunpowder had not yet been discovered by the natives of the island at the time of the war, meaning that metal melee weapons were produced and given to men fighting for the tribes. Although not all tribes had access to forged material and often relied on wooden or stone weaponry because of it's simplicity and cheapness. The Southern Tribe had pushed the fighting to the capital of the Western Tribe by 1798, but had sustained serious casualties while fighting the Western tribe and was pushed back two kilometers into their own territory. That is until the Northern Tribe saw their chance to strike and advanced a large portion of it's army into the Western Tribe, giving them almost no time to react.

By this point in time three of the four tribes had experienced land loss to some extent, and the Northern Tribe had used it's superior resources and size to it's advantage. Because of the Northern advance into the West, the South could make another attempt at pushing the West back to their capital. A third of the Southern army had managed to push the Western army all the way back to the capital by 1799, completely obliterating multiple of their militia groups and taking 200 prisoners captive. Even with the Souths desperate efforts for victory, the North had managed to reach the capital of the West by late 1799, taking 400 prisoners, or essentially the remainder of the Western Army.

With the fall of the East occuring sooner then expected, the North and South had incorperated the prisoners into their own army. This gave them both a significant advantage over the remaining Eastern troops, who had already been pushed back to their capital by the South. The majority of the Northern army would begin to engage into conflicts with the South, while the rest would advance into the East. This would be a crippling blow to the remainder of the Eastern army, who had already lost much of their morale because of the brutal tactics that the large southern army had used. However, the South could no longer advance into Eastern territory because of the need for their army on the Northern Border. The north had quickly pushed the South out of the former Eastern territories back to their original borders by early 1801, inflicting extreme casualties to their army along the way. The east would capitulate to the North by 1802, giving the North even more border along the South and even more troops to use against them. By this time the Northern army had already been organized into a full militia force standing 3,200 strong. This would come to be known as the Steinhær in 1810. Years of resistance would be put up in the South, and after seven years of continous fighting and stalemates, the South would finally surrender their territory to the North in 1810. The Island had finally been unified by the Northern Tribe, and a small army had been established.

Retrieved from "https://iiwiki.us/mediawiki/index.php?title=Flatstone&oldid=253527"
Categories:
Hidden categories:
This page was last edited on 23 September 2020, at 20:24.
Privacy policy
About IIWiki
Disclaimers