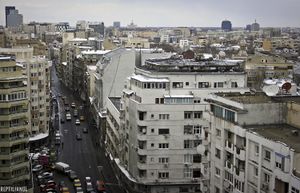 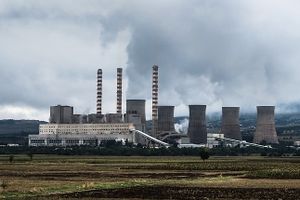 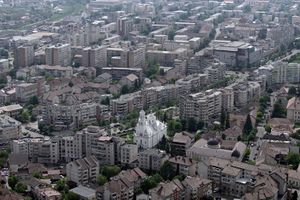 City of Deva in northern Livalia, showing the majority of architecture in New Society style.

"Grey Belt" is an informal term for the region of central Ostrozava that has served as the industrial core of the nation since the mid-1960s. It roughly includes the entire center of the Transkarminian region, from eastern Rheigen to the Karmin Delta in Strakosko. The term "Grey Belt" originates in the New Society movement of the mid-20th century, which saw rapid industrialization and the construction of many new cities in a distinct architectural style, often at the expense of historical landmarks, especially in small villages. While some cities in the Grey Belt, such as Valegoria, have maintained a majority of their medieval architecture, they are still included due to the density of newly-constructed suburbs and importance to the industrial region. 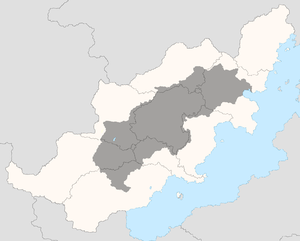 The Grey Belt, at its largest informal definition.

The Grey Belt begins in eastern Rheigen, near Nimsven, and extends south into Livalia, including the capital of Balta, and northeast through the Hodonov Quadrilateral through the entire Subprime of Litovía, the Greater Karsko Megalopolis, and into Strakosko and the Karmin Delta. The Grey Belt has historically been a stronghold of Socialist Party power, except for northern Litovía and Libebor, where the Progressive Party has held considerable power since the 1960s, leading to accusations of Kradzehranícen. Not all cities in the Grey Belt have only New Society architecture; Karsko, Valegoria, Libebor, and Balta have all retained their city centers, though suburbs have largely taken on the style. Similarly, the "Grey Belt" style isn't limited to its namesake region, with concrete-panel buildings being fairly common throughout industrial sectors and new-built cities across Ostrozava, just not in the same density.

Retrieved from "https://iiwiki.us/mediawiki/index.php?title=Grey_Belt&oldid=320917"
Categories:
This page was last edited on 7 March 2021, at 16:31.
Privacy policy
About IIWiki
Disclaimers