Khayahad al-Azari is an Emmirian politician and statesman who served as the 30th President of Emmiria, a position he held from 2011 to 2021. Little known internationally before becoming president, al-Azari attracted attention during his first election to the presidency when he received almost 70% of the vote. Al-Azari had run on a platform of liberalization and reform. During his presidency, al-Azari advocated freedom of expression, tolerance and civil society, constructive diplomatic relations with other states in the Coalition of Crown Albatross, and an economic policy that supported a free market and foreign investment.

He was elected three times in 2011, 2015, and 2019, and announced his resignation from the presidency exactly one decade after assuming office, being succeeded by Akram Sulaiman. 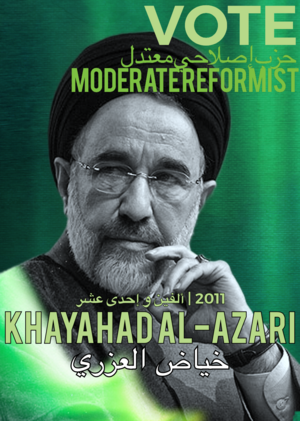