Lema (pronounced /ˈleɪmɑː/; from Khadenz Lemad, meaning "west") is a town in the west of Cadenza. It is the capital of the earldom of Lemithri and, with a population of 39,000, is the sixth largest settlement in the country.

Lema is the only traditional city on the island that is not on the sea,[1] being three kilometres from the coast. This is a result of the Storm of 806, a hurricane which demolished the town's wooden port and buildings and caused the survivors to rebuild further up the river Karea, around whose mouth Lema formerly stood. The modern suburb of Kaërien, however, extends to the shore. 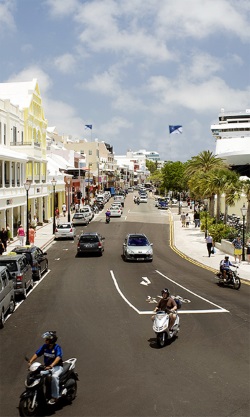 The town lies in the heart of one of Cadenza's main agricultural regions, and as a result was nearly left behind in the country's shift to a services-oriented economy. It successfully attracted a number of media companies, however, including the new film studio Haywire Productions in 1992, and this led to the town emerging as the country's media capital. This led to the establishment of Lema Airport, which provides international air links. Lema is the home of the Lema Examiner newspaper, which was founded in the town in 1876. Kaërien Tennis Club, on a coastal spur of the Tarsira peninsula, was a venue for the 2016 Astyrian Series tennis competition.

Retrieved from "https://iiwiki.us/mediawiki/index.php?title=Lema&oldid=303203"
Categories:
Hidden categories:
This page was last edited on 25 January 2021, at 02:07.
Privacy policy
About IIWiki
Disclaimers