Jean-Luc Cléo Mariard (Audonic: [lyk maʁiaʁ]; born 22 May 1964) is a Lyncanestrian politician serving as Prime Minister of Lyncanestria since being reappointed to the office in 2018, previously holding the office between 2006 and 2014. He is an Imperial Deputy for the Île-Angers constituency, a seat which he has held since 2002. Since 2005, he has been the Leader of the Liberal Party.

Born in Valmeuse to financial consultants, he was raised in the urban upper middle class districts of Angers. Mariard was educated at the Université Impériale, where he first attained his Bachelor of Laws and then his Master of Laws in 1989. Before entering politics he first worked in the private sector, starting up his own law firm in 1991. By 1994, Mariard had sold his practice and worked as a public advocate in Angers until 1997. In 1996, he joined the Liberal Party, unsuccessfully running for office in the 1998 elections. Mariard was elected to the parliament in 2002, later being appointed to the opposition shadow cabinet under Gaston Dupré. After Dupré was removed as leader of the party, Mariard narrowly won the party leadership and led his party to a landslide victory in the following year's parliamentary elections. In 2010, he also won another electoral victory, albeit by a smaller margin and he had to form a coalition with the Labour Party. His first premiership is noted for its progressive policies, including major changes to social welfare programmes and healthcare, as well as the legalisation of same-sex civil unions. His term was also marked by the death of Guillaume II and election of his notedly more conservative son, Philippe IV in 2013.

After his party lost the parliamentary elections in 2014, Mariard atypically did not step down as Leader of the Liberal Party, and in the 2015 leadership election narrowly held the position. Between 2014 and 2018 his party were vocal critics of the Moulins government, particularly their attempts at the privatisation of government services like healthcare, rail transportation and the postal service. The anonymously-released Imperial Bank recordings are believed to have been released by the Liberal Party under his instruction during the campaign for the 2018 elections, and are thought to be the primary reason for the Conservative defeat. On 13 March 2018, he assumed the position of Prime Minister for a second time, emphasising that education, minority rights and equal representation of women will be his party's main agenda in his new tenure. 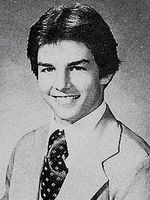 Mariard as a secondary school student.

Jean-Luc Cléo Mariard was born on 22 May 1964 in Valmeuse, a suburban district of Jugny in Burgoy to Jérôme and Theresa Mariard (née Spencer). His parents were financial advisers and had met while working together in downtown Jugny for a branch office of Baudelaire Systems; his father was originally from Angers and his mother was a official resident originally from Arthurista who had immigrated through the Belisarian Community Laennes Treaty. In 1971, his family moved from Jugny and settled in Angers, where his three siblings were born; Adrienne (4 February 1972), Mathieu (27 July 1975), and Édouard (13 August 1976). From a young age, Mariard was noted as being a very sensible and charismatic child. As a toddler, he learned to speak fluent Arthuristan, which was taught to him by his mother.

For primary education, Mariard first attended the Académie Gallois, a private, coeducational school in downtown Angers. From childhood, his academic marks were consistently high compared to his peers and he was noted having a large social group which followed him throughout his educational career. In Grade 5, Mariard was the state winner of the Prusson spelling bee. From 1975, he attended the prestigious all-boys boarding school Collège Préparatoire Saint-Robert in Villeneuve. As a student, he joined numerous societies and academic organisations, including the student council and the school symphonic band as a flautist. As an upperclassman at the school, he participated in the debate club, leading his school team to national victory in his last year of preparatory school. Mariard focused his baccalauréat studies on the humanities and social sciences. During his time at Saint Robert's, he also learned to speak Latin and Hellenic as part of his foreign language education. In 1983, Mariard completed his bac with high marks, graduating from Saint Robert's and beginning his higher education at the Université Impériale. 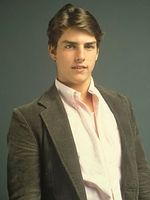 A photograph of Mariard at the Université Impériale in 1987.

Mariard began his university career studying political theory, but then changed his focus of study to political economy after his first semester. He completed his Bachelor of Laws in 1987 with high honors, going onto pursue a Master of Laws with a concentration in criminal law. By 1989, he had completed his Master's degree and obtained his Licence d'avocat the following year. During his time at university, he joined the Liberal Party, and participated in the university protests against the Rochambelle government's crackdown on left-leaning organisations following the Red Panic of 1987. While campaigning in later years, Luc Mariard talked about how his time at university shaped his political positions against the Conservatives, once calling them "self-interested, reactionary, authoritarian elitists."

After completing his studies, Mariard began working as a legal counsel at the Villeneuve headquarters of the Ferrand Corporation, a Lyncanestrian international automotive manufacturer. He left the job after just four months, later citing lack of advancement opportunities and dissatisfaction with the company ethos. After resigning from his job at Ferrand, he moved back to Angers where he began a private law practice. Originally starting with a solo practice, Mariard specialised in contract law; during this time he did both contract drafting and court cases. In 1993, Mariard entered a partnership with a dozen other local lawyers, his firm taking hundreds of cases monthly. Increasingly taking on more pro bono cases, by 1994 Mariard decided to leave private practice and enter into the public service.

When Mariard became a public advocate, he was assigned to the Prusson Public Advocacy Office, at the time one of the best-funded and suffiently staffed public legal aid departments in the country. His status in the office would rise quickly, as he would be promoted to Deputy Head of the department by the summer of 1996. In August of that year he argued the révision case of Daniel Nicollier, a 35 year-old former construction worker on death row for the murder of his infant son. The case brought Mariard national attention and brought the application of capital punishment to the forefront of public debate. In a campaign interview, Mariard recalled his days as a public advocate as "physically and mentally demanding... yet immensely rewarding," saying that his experiences were the biggest factor that pushed him to run for office. Mariard would leave his position as public advocate in 1997, three days before launching his campaign for deputy of Île-Angers on 26 November 1997. 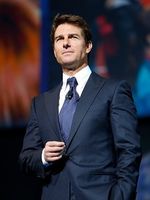 Mariard in 2005 after his victory in the party leadership election.

Leader of the Opposition 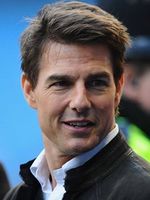 Mariard campaigned extensively for the 2018 elections.

Mariard is a classically trained flautist who has often demonstrated his skill by playing at official functions at the Hôtel Bévarez, including before other politicians, foreign dignitaries and members of the Royal Family. He made national headlines when he performed Mezière's Flute and Harp Double Concerto in C major with the National Symphony Orchestra in 2015.

In 1991, Mariard married fellow Ferrand coworker Pénélope Carrier. They have three children together, Thomas, Noëlle, and Clément; all of whom are also politically active members of the Liberal Party. While his official residence in his capacity as Prime Minister is the Hôtel Bévarez, Mariard often visits his private home in his constituency, Angers.

The formal style of address for the Lyncanestrian Prime Minister is His Excellency.

Retrieved from "https://iiwiki.us/mediawiki/index.php?title=Luc_Mariard&oldid=70814"
Categories:
Hidden categories:
This page was last edited on 17 May 2019, at 10:50.
Privacy policy
About IIWiki
Disclaimers