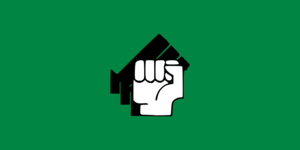 The flag commonly used by most Pardal Republics.

The Pardal Republics, or the Green Republics, is a term used to refer to the quasi-states that were controlled by the various affiliates of the International Revolutionary Army across Coius after the Great War and the Solarian War. The republics usually consisted of a Green Pardal paramilitary force who claimed and exercised some form of territorial control over a region. While the paramilitary forces largely left the existing power structures intact, they co-opted them to support their political and military goals.