Ríkr Átrunaðr (Great/Magnificent Faith) is one of the world oldest active religious philosophies and is the majority of almost all of Nordania south of Ambrose. It is a Monotheism (i.e. a single creator god) but with monolatric and Pantheist elements. The faith is centered of the dualistic principles of the Divine and the Living, with two definitions of a god. Ascribed to the teachings of the Sjealandic prophets and Atrunean deities Kauna, Berkana, Ansur and Vunjø it exalts a central deity of wisdom, eternity and the soul, Stórrheðrinn (The Greatness) as its Supreme Being. However contrary to many other monotheist religions Ríkr Átrunaðr also exalts deities born as mortal humans and deified by Stórrheðrinn as Guardian Gods for the each people worshipping him and and non-worshippers he deems worthy. While Stórrheðrinn can be viewed in the same light as other omnipotent monotheistic deities, the Human Deities are more similar to very powerful angels or deities in polytheistic religions.

According to Atrunean teachings the early Atruneans worshipped Stórrheðrinn through worship of the natural worship but as great migrations began from their homeland in modern day Eibenland to the faiths cradle of Sjealand in the 350's BCE, Storrhedrin subconsciously guided the 4 prophets of Kauna, Berkana, Ansur and Vunjø. According to tradition upon reaching the promised land in modern day Sjealand, Stórrheðrinn guided the prophets and their people to the tallest mountain in the region, where he elevated all four of them to divinity, leaving their lifeless mortal husks to collapse. The prophets, now raised to Godhood and knowledgeable to Stórrheðrinns existence and will revealed themselves to their stunned people, laying the foundation for the religion. Upon Valdemar the Greats unification of Sjealand in the 750´s CE the religion was placed as the state religion of Sjealand and after careful deliberation the Atrunean clergy declared the Sjealandic Monarch the secular caretaker of the Atrunean believers. In the centuries before Atrunean missionaries had spread the word far and wide and while not accepted as their secular overlord, many believers did recognize the Archkings superiority in spiritual matters. Current numbers of Atrunean worshippers are estimated to be around 280 million in Nordania and many others beyond, but as the faith also recognizes other religions as valid interpretations of Stórrheðrinns will, and with the number of religions syncretic with Ríkr Átrunaðr varying, the number is unknown.

The most important texts of the religion are those of the Chant of Light (Lysets Sang), which includes the teachings of the lesser deities on the nature of Stórrheðrinn and the mortal soul. This is written in poetic prose with poems that define Stórrheðrinn, the fall of belief, the birth of a light soul and the trials it must face to preserve its life. In Ríkr Átrunaðr Stórrheðrinn is either referred to by its name or as It as Storrhedrin is above being. It is not a being in it of itself, it is all existence made manifest, but so irreparably foreign to a human mind that it cannot be truly comprehended. The other important text of the faith is Mestrrúnir, which details the life and struggles of the four prophets, the rise to divinity and their position as Gods of the people. Unlike Stórrheðrinn they are beings, and are not only gendered but married, Kauna to Berkana and Ansur to Vunjø. The four gods each share a part of the mortal plane as their domain, with their children taking a share of this domain, thus giving worshippers both wide and precise concepts to worship. While Ríkr Átrunaðr has no devil or punishing spirit, it still exalts good deeds and the exaltation of beauty. According to Atrunean doctrine the soul will always be and has always been eternal. It is forever traveling its life in a never-ending series of rebirths as the same person and the actions of the individual either increase their happiness and comfort in their next rebirth or decreases it.

Stórrheðrinn is in its widest form, responsible for all metaphysical aspects of existence, and it is prayed to for peace and tranquality, as it is an all-good creator with the eternal love life has for its beings. Sacrifices to Stórrheðrinn are not given to please or displease it, as it matters not, but simply to show appreciation and the happiness of being content. In Ríkr Átrunaðr, the purpose in life is to "be among those who renew the world and improve it, to make the world progress towards perfection". Selflessness, happiness and charity to ones brothers and sisters is the purest actions and Atrunean can take. Ríkr Átrunaðrs basic maxims include: 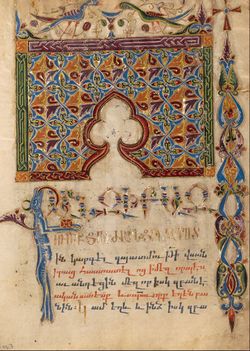 With worship of Stórrheðrinn going back millennia before the codifying of the Atrunean holy books theologians and historians have been able to find many core tenets from before the genesis of the faith, however it wasnt until the rise of the four prophets that many of the modern core tenets were united and codified. One of the two holy texts, the Chant of Light is recognized as the founding document of the faith and includes many core tenets, from standard in worship to the beliefs and gods themselves. The earliest surviving copy of the Chant is the Royal Chant at the Grand Temple in Asgård, which dates back to 1132.

The completed creed is found here in the 3rd quarter of the book Fødslen (The birth), which details humanity's rebirth from sin and wickedness after first describing how one risks falling into these. In the 1132 edition the tenets are quite similar to those taught by modern Atrunean clergy, but many of then are worded differently or are vague enough to be left up interpretations. However this is generally the agreed upon earliest version of the modern tenets. Many of these tenets are today bound up into three basic maxims.

The first tenet is generally agreed by Theologians as the basic rules of the religion. That even good thoughts are pleasing in the eyes of the Greatness. Atruneans believe that thinking good will lead one to say good, and lastly to do good. Mental health was taken seriously fairly early in Atrunean societies because of the focus on not only doing good but also thinking good things, allowing early Atruneans psychological help that would first arise centuries later in other countries. Today Atruneans are encouraged to talk about their issues to their friends, families or Godes so to not stray from the path of good. The last sentence affirms how one can never be truly good, something which the Greatness forgives. Evil must exist for there to be good and every human has evil in them, one can only aspire to be good, yet that is what true good is.

The second tenet instructs believers to not blindly do as they are told or hear. It instructs Atruneans to learn, to seek knowledge of the world granted to them by the Greatness. Many scientists in Atrunean societies were devout and the faith has always encouraged pursuits of science and the seeking of knowledge as a form of worship. Nothing can be more religiously fulfilling or please the greatness more than to seek knowledge about the world, both spiritually and scientifically.

The third and final tenet instructs believers that one should not do good because they want to earn favours in return or because it is expected of them. For while those are good actions they lack good thoughts behind them. One should do good because it is right, only then can one see the world as the Greatness intends and truly reap the rewards of a good and just life and a rewarding rebirth. The last sentence again instructs the believer in why this is important. One should exalt the good actions of others for that in itself is a reward for them, and then one truly can perpetuate the cycle of good.

The three core maxims of the religion can be divided further and studied upon, and both the Chant of Light and Mestrrúnir specify other rules that could also be seen as core tenets, though generally Atrunean theologists discard these as rules of worship, not the tenets of the faith, and what a believer should aspire to.

Many Atruneans tattoo themselves with one of the core tenets, whichever they chose to aspire to the most, and all Atrunean places of worship generally decorate their innermost hall with great calligraphic artworks depicting the three tenets written in the Sjealandic script.

Typically Stórrheðrinn is depicted as a large golden sun, sometimes with a man or womans head in the center but typically not.

Stórrheðrinn is the absolute existence that is the god in Atrunean beliefs. Its name literally means The Greatness and marks how Stórrheðrinn encompasses not just a supreme being, but everything that is, has been and will be. It is truly infinite and thus can not be called by any given name. This is also the reason for why Atruneans refer to Stórrheðrinn as It, as It has no gender for it is not a being.

Stórrheðrinn is held to be eternal in its will and is characterized as being omnipotent, omniscience and omnibenevolent. Atruneans generally focus their attention on the benevolence of Stórrheðrinn sees it as the only utterly and truly good thing in existence and thus the only thing worthy of complete and utter devotion. This ombibenevolence is seen as displayed through Stórrheðrinns actions and Its deification of some worthy humans. Stórrheðrinn does not interact with the physical world and has thus in Its love for all raised those worthy to be the guardian Shepherds of humanity in all eternity.

While Atruneans agree that Stórrheðrinn has always had its attributes of Omnipotence, omniscience and omnibenevolence, it has been theorized, and agreed upon, that Stórrheðrinns will started with the birth of the universe, growing as life did until the culmination of Its will with the prophets, and that when the universe ends Stórrheðrinns will shall shrink and then start growing with the birth of a new universe in the endless cycle of rebirths. Thus the God can be seen as both omnipotent and not, as Its will follows the complexity of physical life.

Stórrheðrinn can thusly be equated to the philosohical idea of the absolute and The All. Atruneans dont view Stórrheðrinn as the sum of all the universe, rather the universe is Stórrheðrinn and everything exists only in the mind of It. Theologians believe that It acts because of its own will to grow in complexity It acts because this eternal urge compels It and because through Eternity it may keep so. The Nature of Stórrheðrinn has always fascinated Theologians and Philosophers, both those of Atrunean conviction and those not, because of how foreign the concept is to humans.

The Divine and the Living

Burial by fire and water

Retrieved from "https://iiwiki.us/mediawiki/index.php?title=Atruneanism&oldid=130830"
Categories:
This page was last edited on 17 November 2019, at 17:49.
Privacy policy
About IIWiki
Disclaimers