The Mawusi, officially the Democratic Republic of the Mawusi is a sovereign state whose territory is located in the Continent of Majula. The Mawusi has a total area of 1,321,195 square kilometres and a population of 65,094,866 (as of January 2017). The Mawusi is located almost entirely in the Brune tropical forest. The biggest river that flows in the nation is the Brune River. The capital city is Bruneville, whereas the biggest and most populous city is Port Loyal, located in the delta of the Brune River. Other important urban areas of the country includes Nambabi, Etonmere, Bangoli, and Satshamba.

For the longest time, The Mawusi was the crib of many kingdoms and empires. However, the modern state of The Mawusi had its origins in the Midrasian colonization of the region during early 17th Century until the late 20th Century, forming after the Majulan Territory of Bruneays aqcuired the Berbier Corridor after its independence. The country became independent in 1958, following the Black River War, but imerged in a civil war man years later that lasted until the end of the 20th Century. It was only in 2005 when the country held it's first ever democratic elections, and changed it's official name from Central Majulan Republic to a more local and cultural name, The Mawusi.

The Mawusi is many times referred as the "Majulan giant" due to its big population and economy. With approximatelly 65 million people, the country is the most populous in the continent, and nineth in Aeia. The country has a diverse array of ethnic groups, with the biggest ones being the Maziwa, Visiwa, Kaskazini, and Majikusini peoples, all part of the Watuakuu population in The Mawusi, and Gamis. Religion wise, the country is divided among Alydians, who live mainly in southern regions of the country, and Israds, who live in the north, closest to the Arabekh channel. Minority religions still can be found among ethnic minorities across the country.

The Republic of The Mawusi is divided into 26 states and two city-provinces of Bruneville and Port Loyal. The provinces are subdivided into districts which are divided into territories. 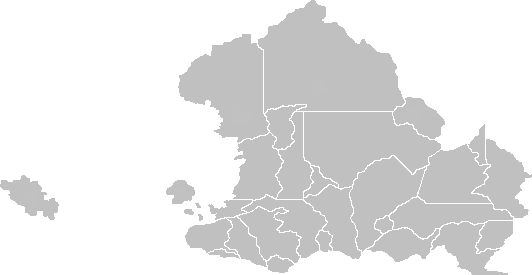