Toloria, officially the Union of Toloria, is a country spanning the southern tip of Ibora. It is a peninsula, being surrounded by the ____ in the east, the ____ to the south, and ____ to the west. It is divided into two separate territories, continental Toloria and an island chain consisting of 15 islands. The largest of these islands are Jutuba, Zhanete, and Dabo. The country is home to 62.5 million people. 88% of the population are ethnically Tolorian.

Toloria is a country with a mostly flat landscape. There are very few mountain peaks. The ____ Rainforest, located the southwestern Toloria is the only area with a great density of trees. The rest of the country is grassland. The ___ Plains located near the northern portion of the country is known for its biodiversity. 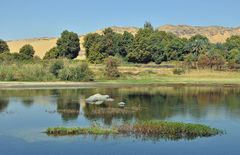 Toloria has a generally Meditteranean climate, due in most part, because it is surrounded by water on three sides. It features mild, wet winters and hot, dry summers. The presence of bodies of water around the country keep it relatively cooler than other countries that have a close proximity to the equator. The average yearly amount of precipitation is around 425 mm.

Toloria is the most populous country on the Diharan continent, with about 62.5 million inhabitants, estimated as of 2018. The population has grown rapidly since the 1980's. This is due to medical advances and higher sanitation standards in the country.

Tolorians are highly urbanized, with most being centered around the coast and near the Yobi River. A majority of inhabitants live in the cities, while around 21% live in rural villages. Immigration increased exponentially starting in the 1980's, as President Gwaza consolidated power towards his office, and caused national stability to increase.

Ethnic Tolorians, also referred to as Zulu people, make up the majority of Tolorian citizens, constituting 65% percent of the population. The Yorulu make up 19% of the population, making it the largest minority in the country. This ethnic group came about as a result of colonization. Immediately following the granting of its independence, many of the colonial citizens chose to stay and continue to capitalize of the country's abundant resources. Seeing a chance to capitalize on ending rule by the former colonial power, the Tolorian rulers enacted the law of miscegenation, forcing interracial breeding. This led to the Yorulu, meaning "multiple roots" in the native language, being created. In the last decade, this group has grown exponentially. The Bantu population is the second largest minority, making up 11% of the population. However their numbers have been dwindling in recent years. The Hutu's make up 4% of the population.

Around 1 million of the Hutu people are refugees from the northern territories. Immigration laws are relatively relaxed in the country however they have become tougher in the past few years, due to the rising influx of refugees.

Toloria is known to have one of the highest achieving educational systems in Themis. It has scored as one of the highest ranking nations in areas such as literacy, math, and sciences. The country is also known to have a rigorous accrediting for teachers and universities. High value is placed on education, starting at the family level. Investment in education is relatively high, compared with other nations. Educational success and academic achievement are seen as stepping stones to a prosperous and successful life. 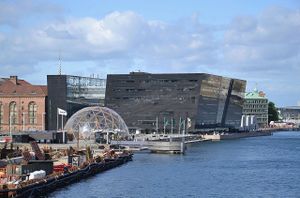 All educational programs in Toloria are regulated by the Ministry of Education. Education for primary and secondary education are directly supported by the government. Lower levels of schooling are broadly regulated by the Ministry of Education, with them determining the core class requirements and minimum licensing requirements for educators. Most of the administrative work for schools, however, is left up to the municipalities to decide the specifics of their school systems. Types of schools in Toloria would include public schools, private schools, and charter schools. 14 percent of the Tolorian youth attend either a private or charter school. Education has been compulsory for students age 6-16 years old since 1968. The school year consists of two session. One running from March to August and the other running from October to January. Tolorians attend primary school for eight years, learning curriculum consisting of math, science, history, Tolorian culture, and reading comprehension. Secondary school curriculum consists of more intensive subjects in those respective categories, such as physics, chemistry, calculus and literature. Final exams are only mandatory prior to completion of primary schools. Students must pass this standardized test in order to graduate and move on to secondary school. After secondary school, passage of a final exam is only required if a student is looking to attend one of Toloria's Programs.

Upon completion of secondary schools, students have various options. Individuals may attend vocational schools to train for specific professions in trades, typically by a combination of teaching and apprenticeship. For more formal teaching, Toloria offers Programs, which are college-equivalent institutions that specialize in specific areas of study. In these programs, students must complete certain core classes, but a majority of their earned credits are towards their specific area of study. The Gientoo offers a mix of humanities and arts, the Higher Scientific and Technical Program offers scientific courses, the Higher Medical Directive Program offers a wide variety of medical courses, the Higher Mathematical Program offers math and economics, and the Higher Constructive Program offers various courses on engineering, architecture, and computing technology and infrastructure.

The government records secondary school completion rates of 95% and tertiary enrollment and completion rates of 70%. College education is provided free of charge. All college (tertiary) education in Toloria is free of charges; there are no tuition fees to enroll in courses. Students must apply for state educational waivers in order to obtain free tertiary education. Tolorian universities offer international students a range of opportunities for obtaining an internationally recognized qualification in Toloria.

Inkululeko, the residence of the President of Toloria

Since 1957, Tolorian society has been governed by a mixture of civil and common law; and judicial review. According to the Constitution of Toloria, the country is a unitary semi-presidential republic. The Union of Toloria has essentially been a dominant-party system since President Gwaza took power in 1980. The powers of government are split into three branches:

The President is elected by popular vote for a five-year term. In 1990, President Gwaza, along with the Assembly, amended the constitution to do away with term limits for the office of the President. The ministries of the government are composed of the Prime Minister and his deputies, ministers, and selected other individuals; all are appointed by the President on the recommendation of the Prime Minister. The People's Unity Party has been the dominant party since 1980, when Gwaza took power. 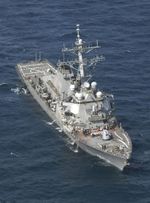 Toloria has one of the largest national defense budgets in the world. It has seen a steady increase since Gwaza implemented the reforms when he took office. Since, the military has grown in size and technical capabilities. The number of active duty members is more than 800,000, as of 2018. Toloria has one of the most efficient navies in the world and specializes in maritime technology.

Tolorian Armed Forces are governed by the Ministry of Defense and the President, who serves as the Commander-in-Chief. It is comprised of Tolorian Army, Tolorian Navy, Tolorian Air Force, and the Tolorian Coast Guard. The Navy participates in joint exercises with the Zhenian Navy each year. When the reforms began, the military maintained a role of national defense and never ventured outside of its borders. Since the turn of the century, it has taken a more active role in regional peacekeeping and has even gotten involved in regional conflicts. In recent years, President Gwaza has committed to becoming more involved in international peacekeeping efforts.

A specialized provincial police unit stands watch at a protest.

There are three different types of law enforcement in the Tolorian Kingdom. Their jurisdiction is divided into national, provincial, and municipal authorities.

Toloria is the largest national economy on the continent of Ibora, with a gross domestic product of $1.45 trillion. Toloria has a mixed economy with a large amount of natural resources. Its GDP (PPP) per capita was $23,200 as of 2018. Active in the agricultural, mining, manufacturing, service, and quaternary sectors, Toloria has a workforce of over 40 million people.

Toloria has a diversified economy made up of agriculture, industry, mining, and numerous other services. Agriculture and fishing accounted for 7.2 % of the national GDP in 2013. Toloria is one of the world's largest producers of wheat.

Industry in Toloria accounted for 35.7 % of the national GDP. Industry is mostly concentrated around the largest cities in the country. Major exports for Toloria include ships, electrical equipment, iron ore, steel, and smartphones.

The Tolorian economy has seen steady growth since President Gwaza took power in 1980. However, the economy experienced a slight recession in 2010.

Toloria has the largest rail network on the continent of Ibora and the __th largest in the world. The railways, which are state-owned, are some of the busiest in the world. In 2016, the country had over 82,000 km of railway tracks. The country transported 1.203 billion passengers in the year 2017. There was also 1.3 billion tonnes of freight transported in that same year. ____ is a state-owned corporation, also being the largest in the country, is responsible for carrying the largest amounts of freight across the country, relative to other companies.

Toloria's high-speed rail started construction in 2009, and has grown to 9,000 km. There was rapid expansion throughout the first few years, but development has slowed since 2013, when President Gwaza diverted funds away from the program. There is annual ridership of 305.23 million people. In 2019, President Gwaza announced a reinvestment into the High-Speed Rail Development Program.