The Triumvirate, officially The Canterian Federation, is a Federation formed between the countries of Prybourne, Kilowatt, and Velnotia on Anteria. Nominally a union of sovereign states, it is overseen by a representational legislature, with Monarush, Kilowatt as it's capital. Its diverse population is collectively known the Canterian people. It is the largest block on the continent of Thuadia and is one of the oldest and most influential on the planet.

From the 16th century through 1787, the area which consists of modern day Prybourne, Kilowatt, and Velnotia, all formed the capital region of Canteria within the Canterian Empire. In 1787, the Empire had long since been rocked with separatism and anti-imperialist unrest, and, under the Concord of Wreaths, had given up much of it's overseas territorial holdings and reformed the Empire into the Canter Republic. However, trouble still rocked Canteria with a coup of middle regions and capital whic established the new state of Velnotia in September 1830 which split the country in half, lead both the upper and lower territories claiming the direct succession of the Canter Republic's government. With the recognition of Lower Canteria and which resulted in the secession of the upper territories which established the new state of Kilowatt on July 14, 1863. The Republic was further weakened into a rump state until it was dissolved completely in 1890 after the Civil War in which the rebelling forces were victorious and established the new state of Prybourne.

However, relationship between the three now independent countries of Kilowatt, Velnotia, and Prybourne remained strong due to their Canterian ties and after the establish of commerce and formal relations in 1900, there arose much interest in the possibility of re-establishing some sort of further bond between them. This was accomplished in 1907 by the political union of Kilowatt and Prybourne known as the "Grand Party Alliance" and with admittance into the union of Velnotia in 1913. In September of this same year, the Grand Party federalized with the Federal Council under the new name, the Canterian Federation. 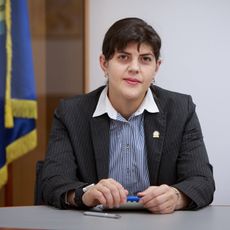 Current Archiater of the Federal Council, Marinela Rosetti, from Velnotia

The Archiater rotates between the three countries every five years and is appointed by the Federal Council upon the recommendation of the member countries leader and approval. 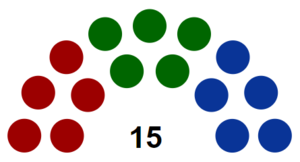 Retrieved from "https://iiwiki.us/mediawiki/index.php?title=Anteria_Triumvirate&oldid=376405"
Categories:
Hidden categories:
This page was last edited on 21 July 2021, at 07:42.
Privacy policy
About IIWiki
Disclaimers