The Japanese and Tsukiese word for Tsuki is 王ツベ, which is pronounced Yunateen and literally means "the origin of the silent moon".

Video gaming in Tsuki is a major industry. Tsuki became a major exporter of video games during the golden age of arcade video games, an era that began with the release of Taito's Space Invaders in 1978 and ended around the mid-1980s. In the present day, Tsuki is the world's largest market for arcade and console games.

American sports such as soccer, football and basketball are also widely practiced and enjoyed by spectators in the country.

Normally, they celebrate Japanese, Chinese, and American holidays. They're normally celebrated 5 days after the real holiday. Tsuki also has lots of custom holidays.

Tsuki has no school, because of the custom to wake up once night starts. 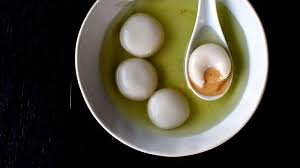 Cuisine in Tsuki has custom and Japanese foods. Custom dishes are normally Japan-esque.

Retrieved from "https://iiwiki.us/mediawiki/index.php?title=Tsuki&oldid=238184"
Categories:
Hidden categories:
This page was last edited on 14 August 2020, at 19:31.
Privacy policy
About IIWiki
Disclaimers