The Interstellar Commonwealth of United New England consists of six peacefully allied states (Connecticut, Maine, Massachusetts, New Hampshire, Rhode Island, and Vermont) on Planet Earth, as well as a territory on the Exoplanet. The states of United New England are bordered by the Atlantic Ocean, Canada, and the United States of America (the latter of which New England was once a part). The exoplanetary territory, Diamant, is bordered by land that has not yet been claimed, as well as by the Nalau Sea and the Olympic Ocean of the International Democratic Union. 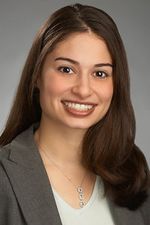 The six states of United New England were originally founded as British colonies, beginning in 1620. New England was a reformed society where residents could worship in their own way and vote on how their towns should be run. The colonists established universities and tax-funded local schools to ensure an educated population that could make beneficial decisions.

Favoring self-determination, the New England colonies achieved independence from the Kingdom of Great Britain in 1776, through the world’s first successful democratic revolution. New England became part of the United States of America, though its level of agreement with other regions fluctuated throughout the centuries.

In the early stages of the United States, some delegates to the Hartford Convention advocated that the six states secede and form an independent, united New England. However, events such as the American Civil War led New England to become more aligned with the other Northern states.

The region was often a leader in progressive movements such as the abolition of slavery, voting rights for women, gay marriage, and universal healthcare. Just like today, New England was known for its world-class universities, hospitals, tech companies, historical sites, and sports teams. Novanglian inventions during this period included microwave ovens, ballpoint pens, disposable razors, earmuffs, basketball, and volleyball, among many others.

By the twenty-first century, New England was the only region of the United States that consistently voted for progressive politicians, even in rural areas. This ideological conflict was the beginning of the struggle for United New England’s independence.

The Role of Government

Many local services (such as parks, libraries, schools, afterschool programs, sports programs, elder support programs, community education classes, police departments, fire departments, and emergency medical response teams) are managed at the municipal level through weekly town or city council meetings. This system enables residents to speak about issues that matter to them and assist their community in making decisions. United New England contains 1,536 municipalities in all.

Various government services are also managed at the county, state, and national levels. In addition, United New England is a member of the World Assembly.

The nation has no standing military that fights abroad, though it can legally recruit an all-volunteer militia if necessary. United New England does have a publicly-funded paramilitary branch of law enforcement called the Minutemen that protects New Englanders on Novanglian soil, in the event of an incident such as a natural disaster or a terrorist attack. United New England also receives help from the armed forces of Zamastan and Vangaziland in emergency situations. Zamastan is planning to build a military base on leased Novanglian land.

Metric units are used for science, technology, engineering, mathematics, and international business, while customary units are used more colloquially. The Novanglian government is promoting public knowledge of the metric system by listing metric measurements first on official materials, followed by the customary equivalent. Both systems are taught in the government-run schools. 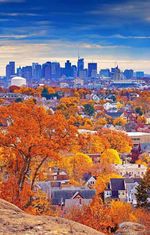 Old and new, natural and man-made

The North and West

The northern and western parts of United New England are generally mountainous and forested. The highest peak in the nation is Mount Washington, at 1,917 meters (6,289 feet). The largest mountain ranges are the Longfellows (Maine), the White Mountains (Maine and New Hampshire), the Green Mountains (Vermont), and the Berkshires (Massachusetts and Connecticut). Popular activities in these areas include skiing, snowboarding, snow tubing, hang gliding, bungee jumping, ziplining, rock climbing, hiking, and leaf peeping.

The South and East

The southern and eastern parts of United New England are coastal and more developed than the inland areas. Maine, New Hampshire, Massachusetts, Rhode Island, and Connecticut all border the Atlantic Ocean. The 1,756 kilometers (1,091 miles) of Novanglian coast are known for amenities like beaches, fresh seafood, resort towns, cities, universities, museums, historical sites, shopping districts, and diverse restaurants (the nation has taken in a wide variety of immigrants over the centuries).

Following a national referendum, United New England’s exoplanetary territory was officially named Diamant (“Diamond” in French, a recognized regional language) due to its shape. Early exploratory missions revealed that the soil of coastal Diamant is largely comprised of phosphorescent pebbles.

This discovery caused great excitement amongst New Englanders, especially after the pebbles were shown to be free of harmful radiation. Thus, the first settlement on Diamant was named Solumina, which combines French roots meaning “soil” and “illumination.”

The motto of United New England, “We shall be as a city upon a hill,” derives from a speech given in 1630 by John Winthrop, the first governor of Massachusetts:

We must entertain each other in brotherly affection. We must be willing to abridge ourselves of our superfluities, for the supply of others’ necessities. We must uphold a familiar commerce together in all meekness, gentleness, patience and liberality. We must delight in each other; make others’ conditions our own; rejoice together, mourn together, labor and suffer together, always having before our eyes our commission and community in the work, as members of the same body. So shall we keep the unity of the spirit in the bond of peace... for we must consider that we shall be as a city upon a hill. The eyes of all people are upon us.

In 1961, American President-elect John F. Kennedy of Massachusetts referred to Winthrop’s words in a speech of his own, saying, “Today the eyes of all people are truly upon us - and our governments, in every branch, at every level, national, state and local, must be as a city upon a hill - constructed and inhabited by men aware of their great trust and their great responsibilities.”

The Novanglian flag depicts a lighthouse beacon shining in the deep blue night. United New England is famous for its many picturesque lighthouses.

The three central panels of the beacon symbolize the enlightening values of education, democracy, and reform that have traditionally been honored by the nation’s citizens. The six segments of the lighthouse’s base represent the six states of United New England, which support the nation’s values. The square shape of the flag, with each side the same length, symbolizes the Novanglian belief that all people are inherently equal.

The color scheme was also inspired by the fact that four of out of the six state flags are primarily blue, and two are mostly white. 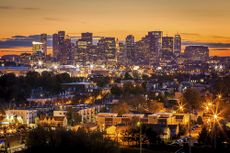 Boston is the capital and the largest city 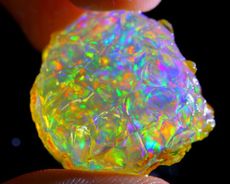 A phosphorescent pebble from the shores of Diamant 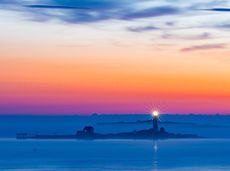 Lighthouses like this one inspired the nation’s flag design 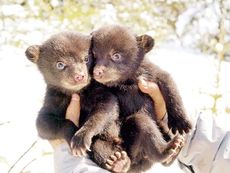 The New England aster is known for attracting monarch butterflies
Retrieved from "https://iiwiki.us/mediawiki/index.php?title=United_New_England&oldid=146183"
Categories:
Hidden categories:
This page was last edited on 30 December 2019, at 00:26.
Privacy policy
About IIWiki
Disclaimers