Water under the Bridge

Water under the Bridge (Azmaran: Waater beloh de Bryg) is a 2019 Azmaran social realist romantic comedy film directed by Eryka Mâþijasdohter, who also co-wrote the film with Leif Wiljâmssun and Eleina Jonsdohter. Starring Frei Jonssun and Mâþeis Jorśsun in leading roles and featuring Maarija Þurisasdohter and Helmut Alekssun, amongst others, in major supporting roles, the film is set in 1990's Aalmsted and follows two students at the University of Aalmsted in a same-sex relationship.

The film premiered at the Sloh Film Festival on 12 December 2019, being released to a selection of independent cinemas across Azmara and Borland four days later. The film became an unexpected sleeper hit, with screenings continually selling out by mid January, leading to the film's release on in major cinemas on the 25 January 2020. Its unexpected commercial success coincided with critical acclaim, with its socially conscious themes being universally lauded and the film winning the Azmaariś Farsejer und Film Award for Best Picture, as well as Frei Jonssun winning an award for Best Lead Actor, Male and Nataalija Freisdohter winning an award for Best Score. It is currently nominated at the 81st Montecara Film Festival.

The film opens with a shot of the fictional town of Westburije-an-Trym, Sompland, as working-class student Aleksaander Helmutssun receives a letter confirming his place at the University of Aalmsted to study Chemistry, showing the reactions of him and his family as he becomes his comprehensive school's first student to win a place at the university in twelve years. 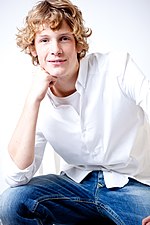 Work on the film began in 2015 as Wiljâmssun and Jonsdohter, then literature students in their third year at the University of Aalmsted, began work on a screenplay for an idea to combine the romantic comedy genre with social commentary over the roles of social class and heteronormativity in Azmaran society. Finishing the screenplay in 2017, the two of them invited Mâþijasdohter to help convert it into a full film. After this, adverts were put up across the city and online advertising for actors to star in the film, as well as for musicians to create the score, with much of the cast, as well as the score composer, being recruited from a set of ads put up in the University's Creative Arts department.

Filming began in early 2018, with much of the filming being done in and around Aalmsted. It has been noted that, due to costing reasons, many of the scenes filmed in lecture halls were actually filmed at Aalmsted Technical College. Filming of the scenes in Aalmsted finished in May 2018, with the rest of the scenes being filmed in the town of IJssenberg, Haadland, a stand-in for the scenes in Frei's fictional hometown, in two separate occasions in January and June.

Retrieved from "https://iiwiki.us/mediawiki/index.php?title=Water_under_the_Bridge&oldid=269321"
Categories:
Hidden category:
This page was last edited on 28 October 2020, at 17:28.
Privacy policy
About IIWiki
Disclaimers