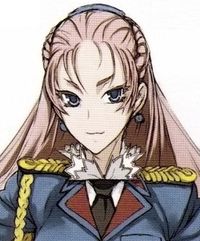 Yurikarism (Miranian: ゆりから主義 Yurikara shugi; Gothic: 𐌾𐌿𐍂𐌹ᚴ𐌰𐍂𐌰𐌼𐌹𐍄𐍉𐌽𐌴𐌹𐍃 Jurikaramitōneis) is a term used in Akashian politics to describe the political positions and actions of Yurika Ehara, also known as "Yurikara", the President (1940–1980) and Prime Minister (1940–1970) of Akashi.

Yurikarism involves a mix of social liberalism, civic nationalism, and state-driven economic development. It is the primary ideology of the National Union. It has had a profound impact on Akashi, and its basic ideas constitute a public policy consensus upheld by all major parties.

Yurikara came to power by winning the Akashian Civil War. Her faction positioned itself as moderate, and relied on co-opting and allying with competing left and right factions. The war fundamentally shaped her political thought. Although she rejected the primacy of class struggle, she was influenced by Marxism's economic analysis, and was more comfortable seeking support from the left than the right.

Her governing style was pragmatic with moments of intransigence and using power to implement change. Her ideological mix emerged in an effort to eliminate the conditions that had caused the civil war: economic inequality, social conflict, ethnic tensions. Her senior advisor, Kozue Hidaka, played a significant role and is considered the "co-founder" of Yurikarism.

During the first party system, with the NU dominant, Yurikarism was a centrist ideology. As Yurikara consolidated her power, she increasingly abandoned attempts to be equidistant, and helped push Akashi's political centre towards the left. She rejected calls for "law and order" during the Summer of Freedom, choosing a restrained approach that allowed the crisis to subside naturally at the cost of significant economic and social disruption.

Her short-lived successor as Prime Minister, Masaki Ōshiro, confirmed the NU's transformation into a centre-left party. The NU was decimated in the 1972 general election, never regaining its prominence. Its bloc affiliation wavered between pale crimson and light yellow, before ultimately settling on the latter.

Having resigned as Prime Minister, Yurikara remained President, working well with a succession of leftist governments during the "siege economy", before losing the 1980 presidential election to opposition unity candidate Masako Nakai.

Yurikarism is strongly supportive of dirigisme and economic interventionism. It follows the state-driven development model also employed in Kirisaki. Yurikara's disdain of big business and reluctance to fully embrace socialism led to the pursuit of a model based on state direction of the economy and social corporatism.

It believes that the state, as the guardian of the national interest, must guide the economy for the benefit of society. Economic planning is emphasised for the purposes of efficiency and directing the private sector.

Yurikarism views small and medium-sized enterprises and cooperatives as more virtuous, and has championed their development and protection against attempts to gain market power by big business. The National Union and National Cooperative Party have enjoyed a long alliance, and Yurikara's term in office saw significant growth of the cooperative sector.

It advocates the maintenance of strong trade unions and organised labour as a guarantee of economic democracy. Trade unions are seen as the government's ally in countering market power, and the favoured party in tripartite collective bargaining.

There is a strong undercurrent of economic nationalism to the ideology, manifested in advocacy of protectionism, national champions, and state control of finance.

Yurikara played a key role in the creation of the Akashian welfare state. Her successors and adherents have defended and championed social security and decommodification as fundamental to the construction of economic democracy. They support universal health care and public education, paid parental leave and annual leave, public child care, free school meals and milk, and housing as a human right.

Yurikarism is a secular ideology. Separation of religion and state is viewed as vital to ensuring public peace, especially harmony between Miranians and Goths. However, the ideology is notably pro-polytheist, and has largely gone along with Akashian hostility towards monotheism and proselytism.

It advocates civic nationalism, but its stance on immigration is more ambiguous. It has been criticised for contributing to Akashi's "siege mentality" in identity and emphasising Miranian–Gothic unity at the expense of multiculturalism.

Although the ideology in general tends to emphasise a strong state, it conceives of the state as based on the consent of the governed, and the traditional Miranian concept of tenmei. Yurikara's refusal to use force during the Summer of Freedom, controversial at the time, is now admired for avoiding the possible eruption of another civil war.

Yurikarism supports foreign policy based on multilateralism, neutrality, and preservation of national independence. It opposes supranational unions, and takes a preservationist stance towards the Common Sphere, supporting it as a confederation of sovereign countries mutually engaged in common policy.

The basic tenets of Yurikarism have achieved wide acceptance and constitute the basis of a consensus regarding public policy, particularly economic and social policy, upheld by all major parties.

Key features accepted include the importance of economic democracy, the state's leading role in the economy, generous public services and social protection, secularism in the public sphere, and integration and preservation of Akashian identity.

The consensus has contributed to Akashi's collegial political environment. Both the centre-left and centre-right blocs accept the consensus, with differences emerging on matters of implementation and policy emphasis. Broadly, it can be said the Socialist Party supports more punitive and enforcement-based methods of achieving egalitarian goals, while the Moderate People's Party favours more encouraging, voluntary, and structural means to achieve redistribution.

Not all Yurikarist ideals have endured, however. The former presidential and semi-presidential systems created by Yurikara were replaced by a parliamentary one with the Constitution of 1984. Pursuit of national "grandeur" has been replaced by a more pragmatic assessment of Akashian capabilities and influences. Social corporatism gave way to greater democratic socialism and cooperativisation of the economy. The centre-right governments of Ran Tsukuda and Anna Carbone undertook careful restructuring and socialisation of state assets, favouring worker ownership over other forms of privatisation.

The strength of the Yurikaran consensus is reflected in the weakness of challenges to it. The left bloc pursues the peaceful transformation of society along communist–socialist lines, using the consensus as a starting point. The right bloc's challenges to the consensus resulted in its decimation and political isolation, particularly in the wake of the neoliberal conspiracy. The far-right Akashi Renewal Party largely accepts the economic aspects and focuses on ethnic nationalism and anti-immigration politics.

The Yurikaran consensus is comparable to other forms of political convergence in the Common Sphere such as the Gylian consensus, the Megelan model, or the Delkoran Economic Rights Amendment.

As a broadly centre-left ideology characterised by vigorous liberalism and interventionism, Yurikarism has been compared to Donatellism in Gylias and the technocracy movement in Quenmin, and both Donatellists and technocrats have reciprocally cited Yurikarism as an influence or an ally.

Retrieved from "https://iiwiki.us/mediawiki/index.php?title=Yurikarism&oldid=336147"
Category:
This page was last edited on 14 April 2021, at 05:44.
Privacy policy
About IIWiki
Disclaimers