Abbara (Abbaran Arabic: ⴰⴱⴲⴰⵕⴰ) is a sovereign nation in Olivcacia. Lead by the Al-Aziz family, the current Dura is Muhamad Al-Aziz VI, who is the absolute ruler of the nation. Abbara is bordered by Eastarland to the west and sharing a maritime border with Seaview. The nation is made up of 4 million inhabitants, who are a majority Kurranists. The national language of Abbara is Abbaric. The capital and largest city is the cultural city of Surablanca, one of the oldest and most colourful cities in the world.

Abbara are not members of any major international groups, and have few formal foreign relations. They are seen as a low-level global power. 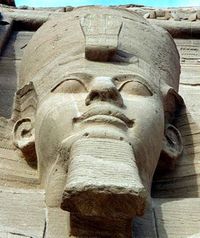 The first human civilisation in Abbara was the Ubian Civilisation. The first evidence of their presence in the region dates back to around 2000BC, in old coins and pots. They likely arrived from other areas along the modern sea that runs through the north of the nation. These people followed a simple system of life, where they got what they earned from working. Evidence also suggests that the Ubians were one of the first Anterian nations to utilise currency. They were only thought to have been active in what is now northern Abbara, and did not go further south into the desert regions.

They used a monarchist system for the time they ruled over the area, and were successful. Most famously, King Kahtokurum, who's mummified body was finally found in 1956. They had an organised military from around 1000BC and were one of the first civilisations to use irrigation for food and water.

The downfall of the Ubians came when a major drought occured in around 90BC, weakening them extremely as it cut off a majority of their food and water supply, causing people to dehydrate in mass numbers and a famine began.

Retrieved from "https://iiwiki.us/mediawiki/index.php?title=Abbara&oldid=358751"
Category:
Hidden category:
This page was last edited on 13 June 2021, at 10:56.
Privacy policy
About IIWiki
Disclaimers