Adrian Andrzej Rozak (b. 16 May, 1971) is a West Miersan politician serving as the 23rd Minister-President of the Miersan Sotirian Republic, serving since his election in 2016, as well as the parliamentary leader of Naprzód since 2014.

Born in Dąmyśl to Catholic parents who were descendants of refugees from East Miersa, Rozak served in the Miersan National Armed Forces from 1989 to 1990 as a conscriptionist. He then went on to attend the University of Krada, graduating in 1996 with a specialist degree in political science. During his university studies, he became involved in Naprzód, and after his graduation, would become involved in the local constituency association.

In 2006, he succeeded Ksawery Mikowski as member of the National Assembly for the constituency of Dąmyśl. As a legislator, Rozak was mentored by future President Sylwester Wrzesiński, while focusing on issues concerning his constituency. By 2011, it was speculated he may become a cabinet minister, but these hopes were dashed by the Miersan Nationals taking a majority in the National Assembly, although Rozak still maintained his seat.

Following the 2013 constitutional crisis, Rozak became the parliamentary leader of Naprzód in 2014, making him the official second-in-command after Wrzesiński, and making him the most likely candidate to become a future Minister-President. After securing a Naprzód majority in the National Assembly, Rozak was officially named the 23rd Minister-President of the Miersan Sotirian Republic on 3 October, 2016.

Under Adrian Rozak's tenure as Minister-President, he has witnessed the democratic backsliding of the Miersan Sotirian Republic, with Rozak delegating most of his power to either his cabinet ministers or to the President, to such a degree that by 2018, Rozak was seen by many Miersans to be little more than a puppet of Sylwester Wrzesiński.

Adrian Rozak was born in Dąmyśl to mechanic Gaweł Rozak and schoolteacher Elżbieta Rozak, as the oldest of two sons, with his younger brother, Maryn, born in 1974. His parents were both Catholics, being descendants of Catholics who lived in present-day East Miersa prior to the 1940s. As a child, he proved to be an excellent student, and by the time he finished his secondary studies in 1989, he received a scholarship to attend the University of Krada.

Due to conscription policies, Adrian Rozak served in the Miersan National Armed Forces between 1989 and 1990: after finishing his tour of duty, he enrolled at the University of Krada. During his studies, he became involved in student politics, and joined the university Naprzód association. In 1996, he graduated with a specialist degree in political science, and would become more involved in Naprzód.

Adrian Rozak would become involved in the Naprzód constituency association in his hometown of Dąmyśl, supporting the then incumbent legislator, Ksawery Mikowski, beginning in the 1996 election campaign. After Mikowski's victory, Adrian Rozak became more involved in the party, not only assisting Mikowski, but also assisting other nearby members of the National Assembly.

After Mikowski's re-election in 2001, Adrian Rozak became employed by Mikowski's office at a full-time capacity, as an administrative assistant. During this period, a close partnership between Ksawery Mikowski and Adrian Rozak developed, with Adrian Rozak being seen as a "potential successor" to Mikowski, who had served since 1986. At the same time, Rozak became more interested in national politics, with the information coming from West Żobrodź enticing him to "be more interested, more willing to make a change for the world."

By 2006, Ksawery Mikowski announced his retirement from politics, seeking to return to a "private life after twenty years of service." Thus, the local Naprzód association decided to select Adrian Rozak to be their candidate for the constituency of Dąmyśl. In that year's election, he ran against Miersan National candidate Witold Brodowski. Brodowski was seen as more popular, given he was a businessman.

In order to counteract Brodowski's strength, Adrian Rozak's campaign focused on appealing to "traditional Miersan values" and on his connections to Ksawery Mikowski, promising to "uphold Mikowski's legacy" in "honest and responsible government." Throughout the course of the campaign, Rozak increased his position in the opinion polls, and by the time results came in, Rozak won the seat with 53% of the vote to Brodowski's 42%.

Member of the National Assembly 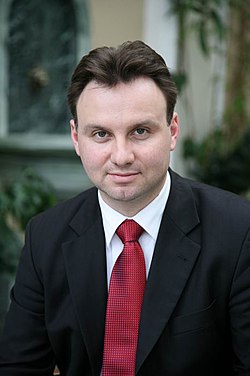 On 3 October, 2006, Adrian Rozak was sworn into the National Assembly, as member for Dąmyśl, succeeding Ksawery Mikowski.

During his first term, he was mentored by Sylwester Wrzesiński, who helped "show [Rozak] how things were done." With this, Rozak developed a close partnership with Wrzesiński, and became aligned with Wrzesiński's faction. At the same time, he focused on regional issues concerning his constituency and his native voivodeship of Śródmierskie, especially agriculture and tourism. By the middle of his first term, Rozak was seen as a capable and effective legislator, with many in Naprzód seeing Rozak as a future cabinet minister.

In 2011, Rozak was up for re-election, running against Miersan National candidate Wojciech Matulewicz. Unlike his first election campaign, Rozak was expected to win, and although Rozak did campaign, pointing to his successful track record as a legislator, it was clear that Matulewicz would not win. When the results came in, Matulewicz only secured 28% of the vote, compared to Rozak's 64% of the vote.

However, as the Miersan Nationals took control of the legislative branch, Rozak's role in a future cabinet was not to be. However, with the resignation of Oskar Palubicki as parliamentary leader, and his succession by Sylwester Wrzesiński, Adrian Rozak became Wrzesiński's second-in-command, as although Rozak was young, he did have "sufficient political experience."

In 2013, after the constitutional crisis led to Tomisław Sobolewski's resignation, Wrzesiński became acting leader of the party. The following year, after Wrzesiński was confirmed to be the leader of Naprzód, Adrian Rozak became the parliamentary leader, even though Wrzesiński was still in the National Assembly. This led to speculation that in the upcoming general election, Wrzesiński would make a bid for the Presidency, and Rozak would be appointed as Minister-President.

These rumors were confirmed in 2015, when Rozak was confirmed to be Naprzód's nominee for the Minister-Presidency, while Sylwester Wrzesiński was to run for the Presidency.

The following year, Rozak was up for re-election in his constituency against Miersan National candidate Narcyz Komenda, while running against incumbent Minister-President Aleksandra Wojdyla. In his local campaign, Rozak criticized Komenda's "unwavering support" of the "autocratization of the Miersan National Party" since the "coup in 2013," while on the national level, Rozak condemned Wojdyla's "autocratization" and "destruction of our democratic traditions."

This, combined with Wrzesiński's campaign, helped restore the popularity of Naprzód, and when the results came in, Naprzód was able to take control of the presidency and form a majority government in the National Assembly.

On 3 October, 2016, Adrian Rozak was officially named the twenty-third Minister-President of the Miersan Sotirian Republic by newly-elected President Sylwester Wrzesiński. On that day, Rozak unveiled his cabinet, which mostly comprised of technocrats.

Unlike Oskar Palubicki, Gerard Wojdyla, and Aleksandra Wojdyla, Adrian Rozak has played a low-key role that has "traditionally characterised most [West] Miersan Minister-Presidents," with the Presidency once again becoming the most important organ in the governance of the Miersan Sotirian Republic, and Rozak reduced to a role of being a mere "representative of the President."

During this period, Adrian Rozak often introduced legislation that the President sought to see passed, which frequently infringed on the autonomy of the voivodeships, eroded civil and political freedoms, and in general making West Miersa "the most authoritarian since [President] Maksymilian Trzeciak."

By 2018, it was reported by Codzienny that "Adrian Rozak may be the first Minister-President in ten years to have played a minimal role in the day-to-day operations of the government, delegating his powers either to his cabinet or to the President," and alleged that his cabinet "reported directly to the President" while leaving Rozak uninvolved in these decisions.

Rozak defended himself, saying that "I am not in favor of centralizing power in myself: I want my cabinet to be free to do what they see fit, so long as we agree on a common strategy, and given I agree with the President's strategy for my cabinet, I have the utmost confidence that they will complete the tasks at hand."

In the following two years, Adrian Rozak continued to be seen as a puppet for Wrzesiński, although Wrzesiński praised Rozak for his "dedication to the job and to the restoration of democracy" since the "2013 coup." As well, due to Wrzesiński's age, rumors began to abound that Rozak may succeed him as the next President of the Miersan Sotirian Republic.

This culminated in August 2020 when Rozak officially introduced a new amendment to the West Miersan constitution on behalf of the Presidency. After modifying the amendment so instead of 169 appointed seats, there were only 159 appointed seats, with 10 seats allocated to Miersan citizens living abroad, Rozak oversaw its passage through the National Assembly, which sent it to the voivodeships to ratify the amendment.

Rozak has an apartment in West Żobrodź, and lives at a "modest house" in his hometown of Dąmyśl, while his family continues to live in Dąmyśl.

Rozak speaks Miersan as a first language, is fluent in Soravian, and can comfortably carry a conversation in Gaullican.

Socially, Rozak supports having "some form of civil union for same-sex couples," although still opposing same-sex marriage on religious grounds. Rozak also supports relaxing abortion laws "in certain emergency cases." However, Rozak is an opponent of legalising drugs such as cannabis, and wants to reduce welfare "to spur economic growth."

Politically, Adrian Rozak has expressed support for technocracy, with Rozak saying that "we should only appoint the most qualified individuals to cabinet: we should not appoint someone just because they look pretty." Under his tenure as Minister-President, Rozak has appointed technocrats to his cabinet. Rozak is also a supporter of detente with East Miersa, but wants East Miersa to "withdraw from occupied territories in Malomiersa" before they can normalize relations.

Rozak has said that "in my hometown, we were definitely the minority, and while it is sometimes hard, it was never as bad as the East." He also has said that Catholicism "plays a big role in shaping my life, from birth to now," and that "had I not been a Catholic, I may not be a Minister-President."

Retrieved from "https://iiwiki.us/mediawiki/index.php?title=Adrian_Rozak&oldid=324967"
Category:
Hidden categories:
This page was last edited on 17 March 2021, at 22:37.
Privacy policy
About IIWiki
Disclaimers