Atresca (Atrescan: Etrescia), officially the Kingdom of Atresca (Atrescan: Regno d'Etrescia) is a sovereign state in western Asura consisting of the entire Atresca region as well as two overseas territories, the city of Troping, on the opposite side of the Asur Sea, and the Valdinas Islands. With 66 million inhabitants, Atresca is one of most populous states in Asura, and is widely considered global powers, being a founding member of various global geopolitical organisations, including the Commonwealth of Democratic Nations. Atresca shares land borders with Midrasia and Tigulia, as well as Aramas through the Troping exclave.

Archaeological evidence in Atresca suggests that the region was inhabited by ancient humans as early as 30,000 BC. The region harboured many Romance cultures including Atrescan and Satesian, and housed many small kingdoms and duchies before being conquered by the expanding Fiorentine Empire in the 3rd century BC. Under the province of Etresci, the Fiorentines developed the region extensively as one of the heartlands of the empire, flourishing through domestic trade across the Asur. After the Betrayal at Mydroll in 492, Alemannics who had migrated from the east overthrew the post-empire local states and established the Sabaic Kingdom, ruling over much of Atresca and neighbouring Glosmynd, Tigulia and Mirina. The Sabaics would be influential in western Asuran affairs until internal strife and rebellion led to its downfall and succession by the Alydian Empire, with Ludovico, an Atrescan noble, crowned as the first Emperor of the Alydians by the Pontiff in 716.

Through the Empire, the region of Atresca would dominate the position of Emperor as well as significantly influence the Pontificate, effectively centralising the rule over much of western Asura in its borders. Atresca quickly became the central hub of Asuran geopolitics, surpassing neighbouring Midrasia in influence in the early middle ages. Atrescan colonialism was started by the Decree of Battaglia in 1486, which saw many of Atresca's constituent states become colonisers, particularly after Alfonso Vestriña discovered Vestrim in the late 15th century. A series of conflicts between Atresca and Midrasia culminated in the Pontifical War in the mid-16th century, where Atrescan influence was severely neutered as Midrasia conquered the Riviera region and secured influence over the Pontificate, later seceding entirely from the empire itself in 1612. With the empire now faltering and becoming ineffective through lack of Imperial authority, a series of Thiaric emperors curtailed Imperial power in favour of local self-rule, denouncing the Emperor to an effectively figurehead role. Atrescan nobles forced the Emperor to abdicate and sign the Statute of Senna in 1812, officially disbanding the Empire. Satesian Duke Apollo I led a brutal unification campaign in 1858 that saw the region's kingdoms and republics unified into one cohesive entity. Atresca fought in the First Great War on the side of the Grand Alliance, led by Apollo and Prime Minister Gianbattista Della Verde, Atresca's Millennium Peace signatory.

After the war, Atresca led the global decolonisation effort, granting most of its dominions independence and setting its direct colonies on the route for devolution and later independence. Most of Atresca's overseas colonies had been granted independence by the 1950s, with Aramas becoming the final territory to be granted independence in 1960. Since then, Atresca has formed the bulwark of anti-Asuran integration, a vocal opponent of the Asuran Community and Cyningburgh Pact for International Security. Atresca's global empire allowed Atresca to be a widely-spoken language, and the second most spoken globally behind Midrasian.

Atresca is officially a constitutional parliamentary monarchy, with its Senate forming the unicameral legislature of the country. It ranks highly in human rights and civil liberties and is a high income, democratic country. It is the world's third largest economy and is influential in global trade, particularly in and out of the Asur through the Strait of Troping. It is the second most-populous country in Asura behind Midrasia and also its second-largest economy. 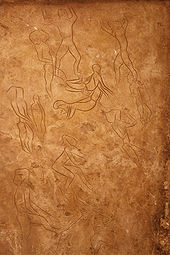 Evidence recovered by archaeologists in northern Atresca suggests that Atresca was inhabited by humans as early as 30,000 BC. These early humans inhabited the northern mountainous regions, particularly around modern-day Monte Sora and Tiano, before migrating south, and lived hunter-gatherer lifestyles using bronze, and later iron, tools. These early tribes are split into several sub-groups by historians, including the Tiennese in the north, Rocans in the east and Ilii in the west, lived in small, separate villages rather than large agglomerations, and emphasised rural lifestyles based usually around rivers or other water sources for farming or fishing. Around 4000 BC, pottery began to emerge among the Etrescii population of Atresca, with animal husbandry emerging some 800 years later and the first evidence of animal farms in the pre-Fiorentine era being dated to around this time.

Migration down towards the coast picked up during the Iron Age, with the Valdinas also being inhabited for the first time around 2100 BC. The tribes built villages along the coast, particularly concentrated around the modern-day city of Friola. Among fishing and farming, the tribes were known for their exquisite axe-work, often using them as both weapons for animal farming and tools for lumber harvesting. It is believed the Rocans contacted similar Midrasian tribes of the era around this time, with the Tiennese following suit some years later.

These tribes spoke pre-Romance languages characteristic of southern Asura for the vast majority of the their lifespans, being overtaken by Vulgar Fiorentine through merchants in the area for an incredibly brief period of time before Atresca were conquered by the Fiorentine Empire at the Battle of Agedicium in 326 BC. The Fiorentines method of conquest and cultural supremacy saw many of the ancient settlements razed or destroyed and replace with settlements more exemplar of Fiorentine-era infrastructure and urban planning, with very few of these settlements still existing as heritage sites in the modern day.

After Agedicium, much of Atresca was subsequently consolidated into the province of Etresci, which also included small parts of neighbouring Colgasia and Tigulia. The Fiorentines focused the bulk of Etresci's development on the coastal regions, building a series of lighthouses and forts to consolidate Fiorentine rule and expand its trading power in the Asur. The country's capital city of Albasini was founded in 298 BC as Tutela Litora, literally "fort of the coast", as a defensive settlement for the Asur. Along with Almiaro, Albasini enjoyed considerable trading and social privileges compared to the rest of the empire, and the encouragement of migration saw most of its population consist of Fiorentine peoples.

Constitutionally, Atresca recognises its ruling sovereign as the highest authority in a country, but in practise the country is a constitutional monarchy. The monarch is mainly a figurehead title, and mainly conducts diplomatic business on behalf of Atresca, such as state visits or promoting popularity of organisations within the country. The current ruling monarch is Eleanora, from the Atrescan royal house of Tiano-Venutti, who has ruled since 1987. The country's head of government is its Prime Minister, currently Lorenzo Casciano of the National Conservative Movement (Movimento conservatore nazionale; MCN), who is also a member of Atresca's Senate.

The Atrescan Senate is Atresca's unicameral legislature, and houses 700 members elected from districts across the country. The Senate was established officially in 1858 but its basis has been in use in Atresca since the medieval age. The Senate is responsible for drafting, debating and passing laws with royal assent (which in practise is granted every time). Senators are elected for four year terms, as is the Prime Minister.