The relations between Gylias and Kirisaki have been historically extensive. More than 2 million Gylians are of Miranian descent, making Gylias host to one of the largest Miranian communities outside Kirisaki and Akashi. The two nations are considerably close diplomatically and have a shared historical and cultural heritage, creating a highly stable and mutually beneficial bilateral relationship.

Contacts between Gylias and Kirisaki date back to the 15th century, with Miranian settlement in the Gylic states being even older. After a long fallow period during Xevdenite rule, bilateral relations were re-established in 1958. Economic and trade ties, cultural exchanges, and cooperation in science and technology are among the factors that have produced a strong alliance.

Both countries are members of the Common Sphere. Gylias considers Kirisaki to be one of its closest allies and partners. Opinion polls in both countries reveal highly positive views of each other among their publics.

The earliest contact between Kirisaki and a Gylic state took place sometime in the 9th–10th centuries CE. Trade links were established at the time, but relations were hampered by Kirisaki's decades-long civil war.

Gylian historical records attest the first settlements of Miranians in the Gylic states began in the 11th century. The majority of them were merchants who settled permanently, married native Gylics and integrated into local communities. A significant proportion of them came from Amaya, a port that maintained shipping routes to Zeri and Var independently of the Kirisakian throne.

The first Kisekidō shrine in Gylias was established in 1396, in Kyman. References to 是入 (Zeri) and 伐類 (Baru) in man'yōgana appear in 14th century Amaya administrative records, with a 1423 document containing a remark that Zerians and Varans spoke "dialects of the same language".

Relations with the Liúşai League

The unification of Kirisaki under the tenshi Katana eliminated the main obstacle to the opening of diplomatic relations. Katana personally led an expeditionary fleet to Zeri, which landed at Fyna in 1517. She was received warmly by Zerian leader Rynða Terni, whose greeting is recorded in Miranian chronicles:

友人たち、私たちの海岸にようこそ。私たちの人々の運命はいつまでも縛られていて、それが予見されているので、一緒になって、私たちは偉大さを発揮しています。
("Friends, welcome to our shores. May the fates of our people be bound for evermore, for it has been foreseen; together, we are destined for greatness.")

Kirisaki subsequently established relations with the Liúşai League member states. To accommodate the political dynamics of the League, the resulting 10 diplomatic missions met reported to the tenshi in common.

Throughout the 15th and 16th centuries, relations between Kirisaki and the Gylic states developed into a close alignment. Trade with Kirisaki became a crucial factor in the League's prosperity, with Kyman becoming the main port of call for Miranian merchants heading westward.

In a sign of recognition of the nascent cultural ties and trading potential of the League, Kirisaki subsidised the construction of basic port and transportation infrastructure in the Gylic states during the 16th and 17th centuries.

Kirisaki was a leading source of imported technology and science for the Gylic states, benefiting their scholarship. Miranian literature achieved great popularity in the League, with zuihitsu and nikki bungaku becoming major influences on Gylic literature.

The special relationship that had developed was recognised at the time: a mid-16th century bamboo scroll, generally attributed to scholar Genji Nagano, likened Miranians and Gylics to "a loving couple, fifty years by the covenant of marriage bound".

Gylian historian Nina Raukan affirms that the League states experienced "a profound craze for all things Miranian" during the period, and "a strong identification between modernisation and Miranianisation" was in evidence. Cultural commentator Hanako Fukui argues that the Gylic image of Miranians was that of "a benevolent and exceptional people", and Gylic notions of sophistication heavily borrowed from Miranian aesthetics.

Close ties encouraged mutual migration. The Miranian population of the Liúşai League increased, from an estimated 1.000 in 1517 to approximately 150.000 in 1688. The 1671 Kirisakian household registry recorded the presence of 100.000 Gylic residents and Gylic-Miranians.

Diplomatic ties were severed in 1704, after Xevden conquered the Gylic states in the Colonisation War. The tenshi Kirashi refused to recognise Xevden, and Kirisakian foreign policy assumed a posture of hostility towards the Xevdenites.

A 1710 incident in which a Kirisakian merchant ship was illegally boarded by a Xevdenite ship's crew further inflamed relations, and caused the government to respond by dispatching the Second Imperial Fleet to patrol the Sea of Lirinya, threatening to retaliate against further Xevdenite aggression.

Xevden's discriminatory and harsh treatment of the Gylic peoples caused the flight of many Gylics, with Kirisaki becoming a significant destination for refugees and migrants. A relative easing of tensions took place under the reign of queen Senalta (1754–1804), who introduced reforms that improved the conditions of the native populations, but relations between Kirisaki and Xevden remained limited and suspicious. Kirisaki repeatedly put pressure on Xevden to refrain from mistreating Kirisakians settled in Xevden and end its mistreatment of the native populations.

The loss of the Liúşai League necessitated a reorientation of Kirisakian foreign policy, which under the tenshi Nagisa shifted to expanding its sphere of influence in Tyran. Nevertheless, hope for a rekindling of the special relationship remained a common sentiment among Kirisakian politicians and diplomats. 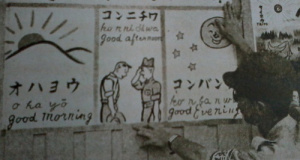 The tenshi Erii's administration supported the People's Army during the Liberation War. Kirisaki provided aid to the PA, initially as aid shipments delivered by sea, and as the war progressed, weapons and ammunition.

During the second phase of the war, the administration and the Free Territories reached an agreement that allowed Kirisaki to deploy a peacekeeping force of 10.000 troops and police officers, to assist with stabilisation and aid distribution efforts.

Diplomatic relations between Gylias and Kirisaki were re-established in 1958 after Gylian independence. Chizuru Katsuragi was named the first Gylian ambassador to Kirisaki. Kirisaki provided crucial humanitarian aid and technical expertise during the National Obligation period, and helped assist the integration of Gylias into the international community against suspicions of the anarcho-communist leanings of the government.

The friendly relations between Gylias and Kirisaki were complemented by the resumption of pronounced Miranophile sentiment during the Golden Revolution. Miranian Gylians enjoyed a prestigious profile in Gylian society and occupied several notable cabinet posts, among them education ministers Rin and Sakura Tōsaka and interior minister Akane Tsunemori.

Relations stalled during the 1980s under the government of Aén Ďanez, to which the tenshi Shizuno responded with a policy of "strategic patience". Normal relations resumed in 1986 under Filomena Pinheiro, and relations have remained close since.

In 2017, both nations celebrated 500 years of diplomatic relations.

Retrieved from "https://iiwiki.us/mediawiki/index.php?title=Gylias-Kirisaki_relations&oldid=224064"
Categories:
Hidden category:
This page was last edited on 4 July 2020, at 07:15.
Privacy policy
About IIWiki
Disclaimers